Energy Futures Are Climbing To Start The Week, After One Of The Biggest Weekly Declines Since The COVID Lockdowns 2 Years Ago

Energy futures are climbing to start the week, after one of the biggest weekly declines since the COVID lockdowns 2 years ago, as new supply concerns seem to be outweighing last week’s SPR release announcement.

The big story so far today appears to be European nations calling for new sanctions, some which could target energy supplies, over the “war crimes” that were laid bare as Russian troops pulled back from Kyiv.

Meanwhile, a Bloomberg article over the weekend noted how Russian ships are switching flags, and turning off transponders at record rates to get around international sanctions, and keep supplies flowing.

Want to get off the ride? Open interest for petroleum contracts continued to decrease dramatically in last week’s CFTC Commitments of Traders report. ULSD futures & options positions dropped to their lowest level in more than a decade as it appears some companies either can’t stomach the extreme volatility or can’t finance the margin calls that come with it. While Money manager positions have changed relatively little during the chaos of the past month, perhaps most notable is that producers for crude and diesel are holding some of the smallest hedge positions they’ve had in nearly a decade.

Baker Hughes reported a net increase of 2 oil rigs, and 1 natural gas rig drilling in the US last week. The Permian basin saw an increase of 4 rigs on the week, offsetting single rig declines in the Eagle Ford and Williston basins.

Not the kind of tourism they’re looking for? Mexico announced plans to suspend fuel subsidies near the US border to deter Americans from crossing the border to buy gasoline. 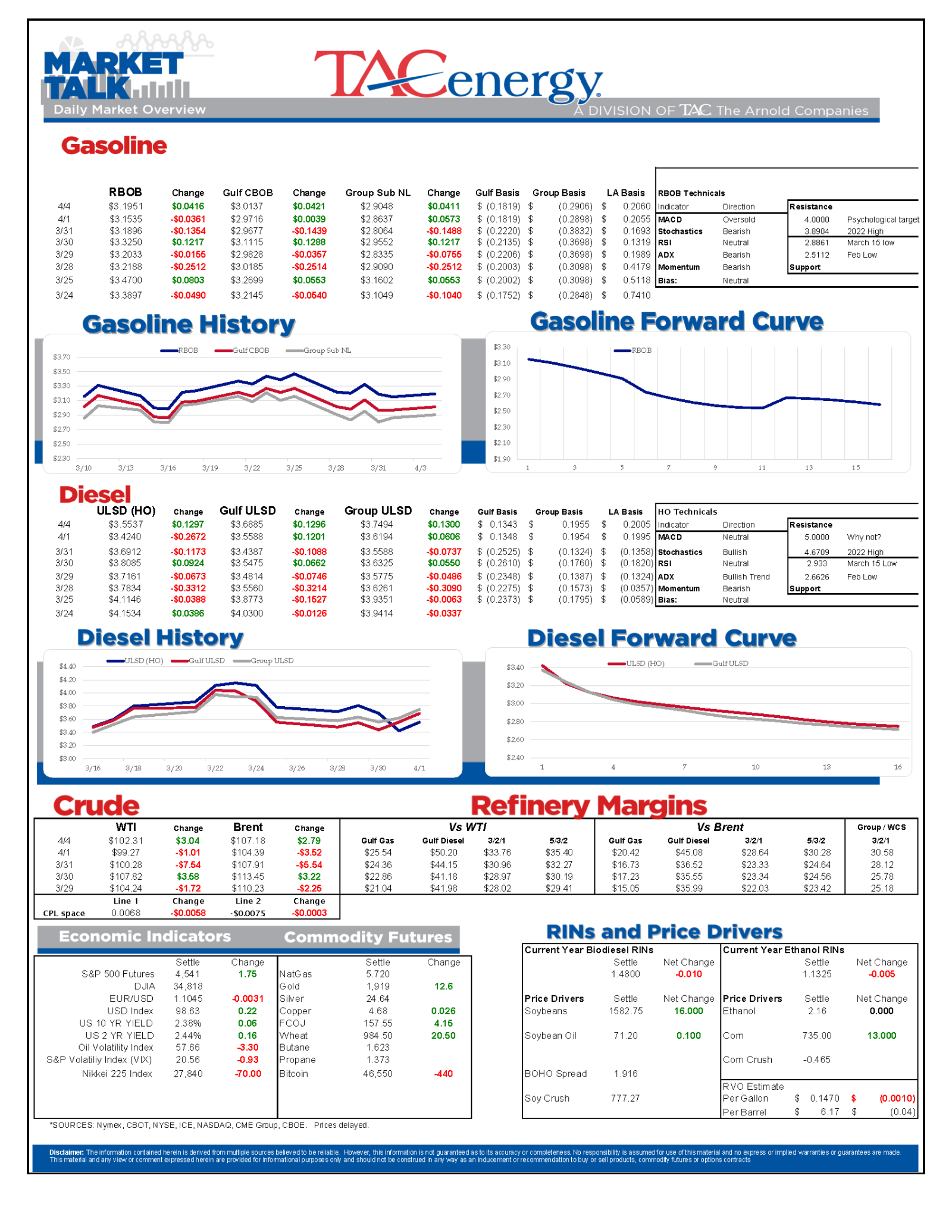 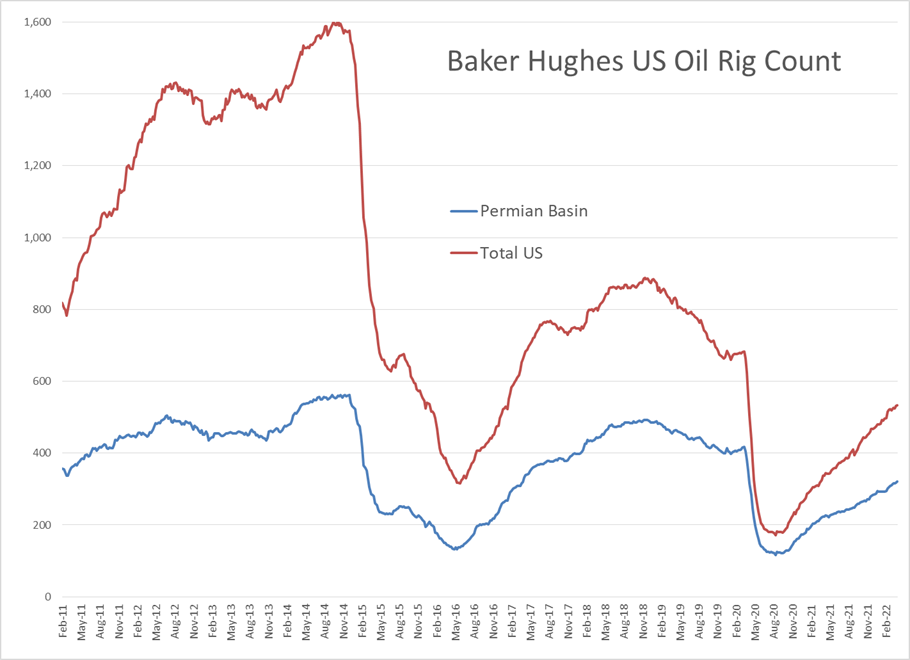