Energy Futures Are Green Across The Board This Morning

Energy futures are green across the board this morning after yesterday’s selloff had the prompt month RBOB contract break below the $3 level. WTI crude oil futures likewise dropped below $90 per barrel in Monday’s trading session. The September heating oil contract is pulling the complex higher today, trading up 1.2% over yesterday’s settlement while gasoline and crude oil drift marginally higher this morning.

While outwardly bullish on the future of oil prices, Saudi Aramco (the world’s largest energy company) divested much of the profit it made in the first half of the year in alternative forms of energy including wind, solar, and hydrogen. Of course when you make $48 billion in profit in Q2 alone, whose to say a few bucks shouldn’t go to green energy, which seems to be the popular play on Wall Street ever since US lawmakers passed its most recent climate bill.

The National Hurricane Center is now tracking a new system forming off the east coast of Nicaragua, which it gives a 20% chance of cyclonic organization in the next five days. The NOAA’s current projection has the storm hopping over the Yucatan peninsula and into the Gulf of Mexico by next week, where it could threaten energy infrastructure if it makes landfall as anything more than a rainmaker.

New York gasoline prices are trading nearly 50 cents higher than their Gulf Coast counterparts this week. Low regional inventory levels, lack international imports, and previous refinery closures are the cited reasons for the current market condition, which has pushed premiums for shipping gasoline on the Colonial pipeline through the roof over the past 30 days. Shippers looking to send gasoline from Houston to New York paid 19 cents over the interstate pipeline’s tariff to do so last week.

Short sellers’ profit-taking looks to be the reason for this morning’s buying action however traders seem to be taking a relatively bullish stance on diesel prices. The ongoing war in Ukraine and it’s effect on international distillate inventory levels paints a grim picture for this winter, when much of Europe will use the fuel to heat their homes. In combination with the backwardated futures market disincentivizing traders from holding addition inventory, some expect this winter’s diesel stockpiles to reach critically low levels. 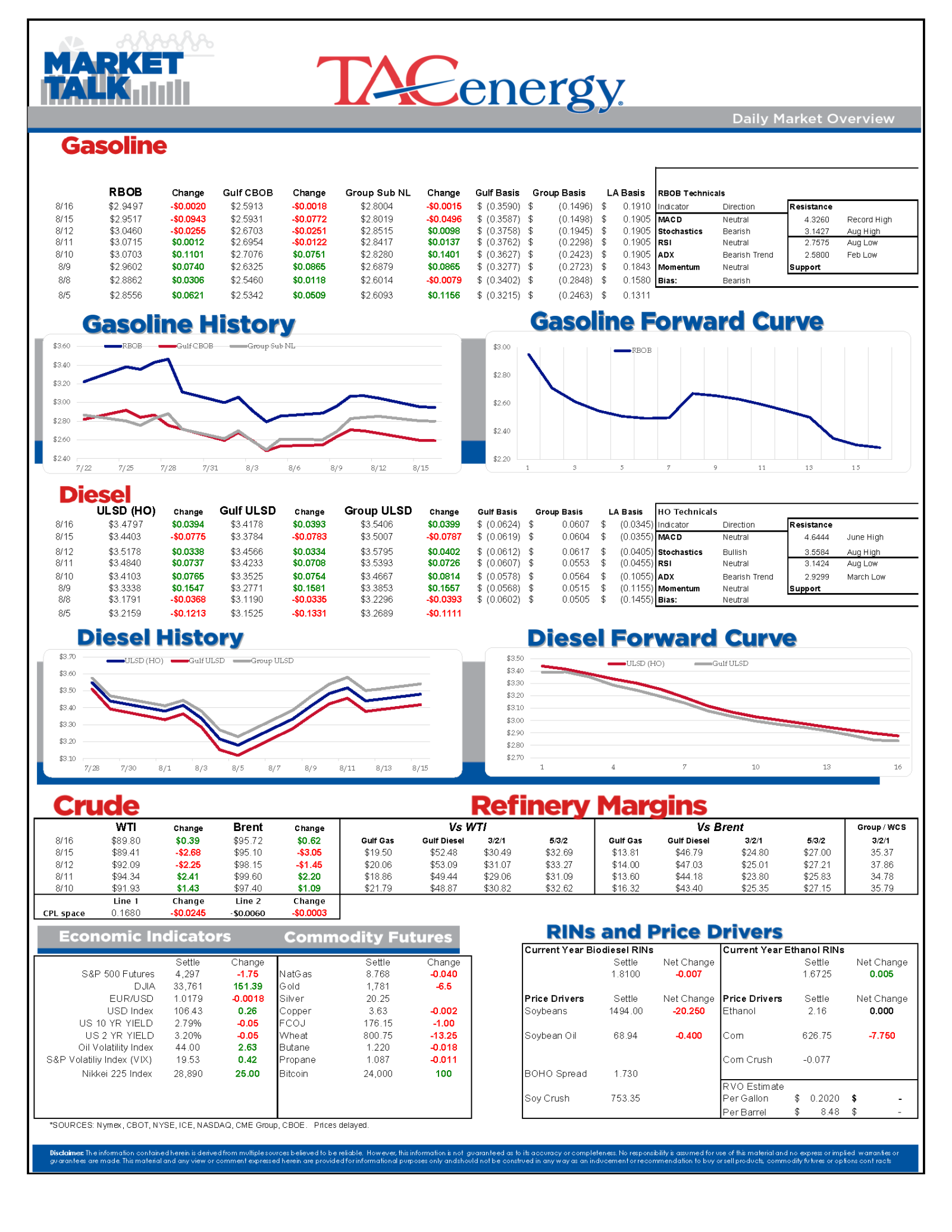 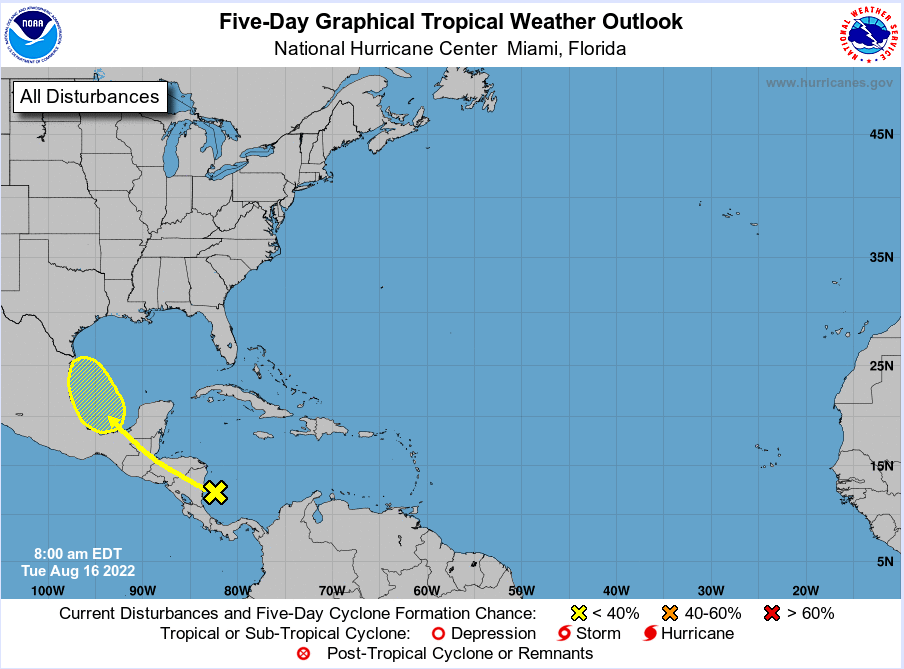 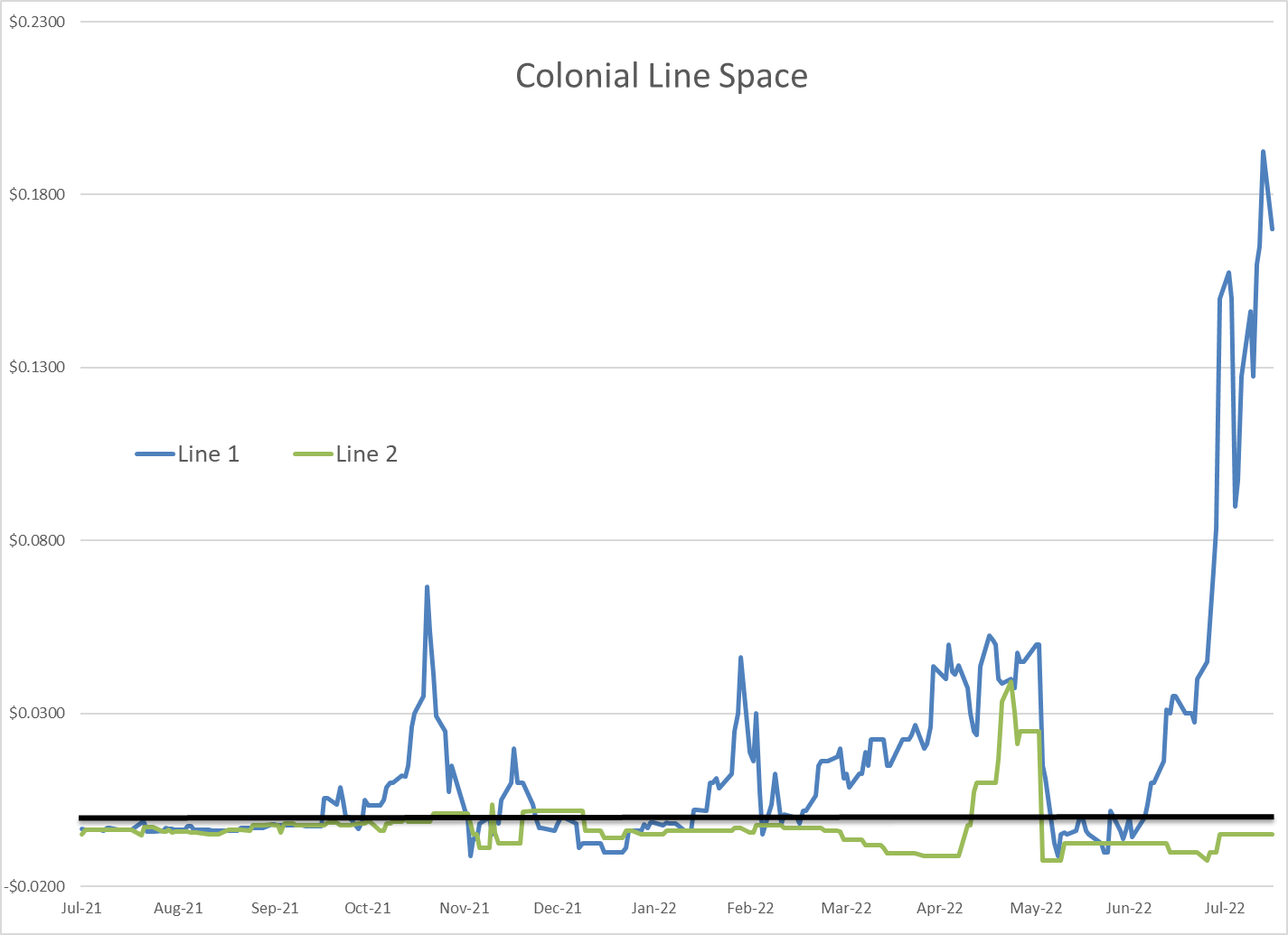