Energy futures are moving higher for a 3rd straight session, and attempting to break out of the rounding top pattern that continues to suggest lower prices are coming in the weeks ahead.  The $2.40 range for gasoline and $2.50 for ULSD still look like good resistance ranges that could mean the difference between another run at multi year highs before year end, and the bearish pattern formation that could push prices much lower in December.

Oil prices are lagging behind refined products this morning, which may be partially caused by rumors that the White House may order the release of some Strategic Petroleum Reserves to combat soaring prices. Read here if you’re wondering whether or not that’s a bad idea. To summarize, an SPR release “…is rather like tapping into your retirement fund to pay for a vacation.”

Meanwhile P66 announced that its Belle Chasse refinery, one of the refineries that may have been able to actually buy crude oil from the SPR and turn it into the products consumers actually can use, would be converted into a terminal facility after the company decided the repairs needed after Hurricane Ida weren’t worth the investment.

Ethanol prices are holding in the stratosphere for now with NYH spots still north of $4/gallon, while others are trading north of $3.30. There’s more than $1/gallon of backwardation in the market over the next 30 days as US ethanol production is holding at all-time highs, so look out below once those prices start to head lower. RIN prices have continued their decline this week, as the industry continues to wait impatiently for the long overdue RFS volumes. An ethanol lobbying group is suing the EPA over these delays, while simultaneously celebrating the EPA’s rejection of the first small refinery waiver exemption its ruled on under the new administration.

The inventory data deluge for November starts today. We’ll see the EIA’s monthly short term energy outlook later this morning, then the API inventories this afternoon. The DOE’s weekly report is out tomorrow, then OPEC’s monthly report on Thursday.

There are just 3 weeks left in the Atlantic Hurricane season for 2021. No storms are currently being tracked by the NHC, extending this period of calm after all the storm names were used up in the initial list during a busy season. 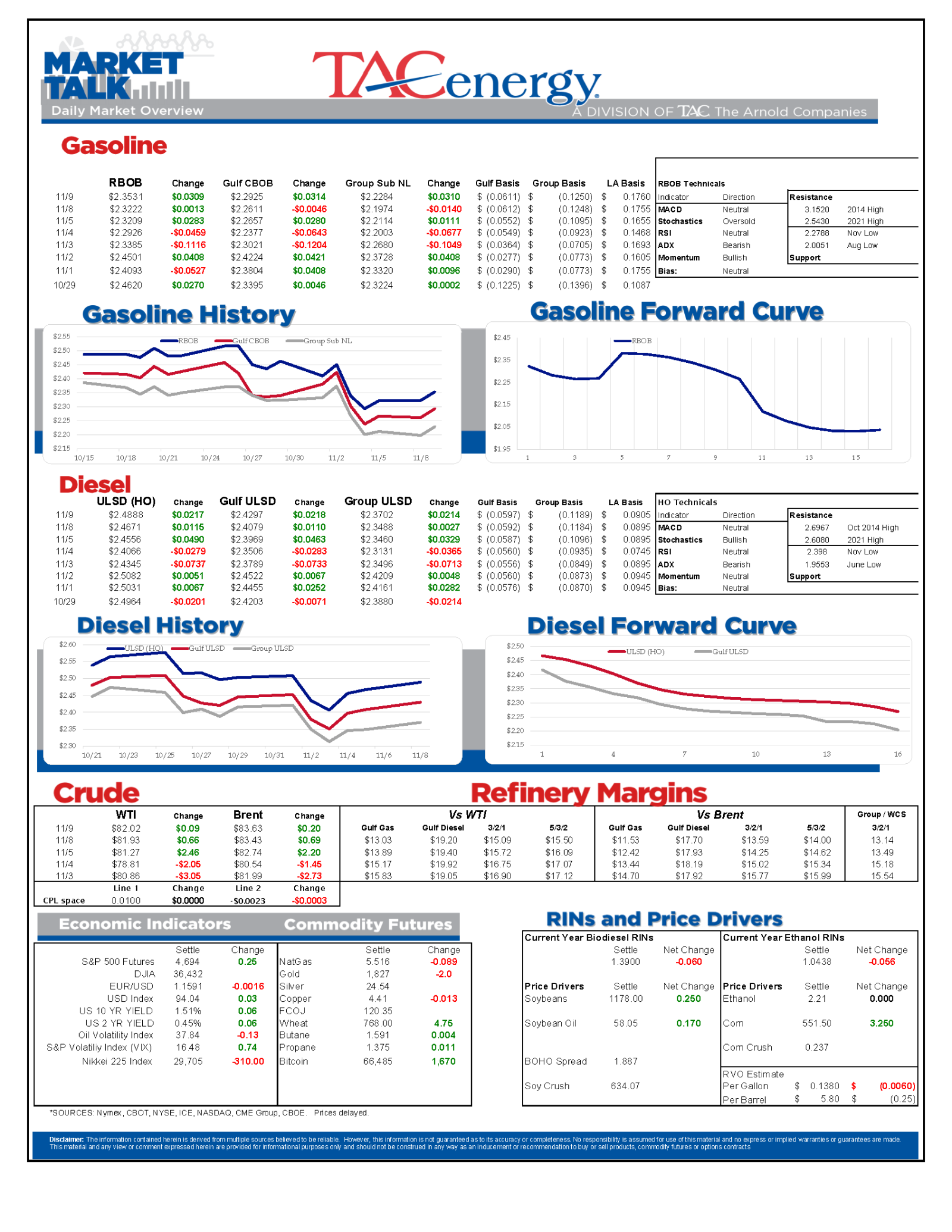 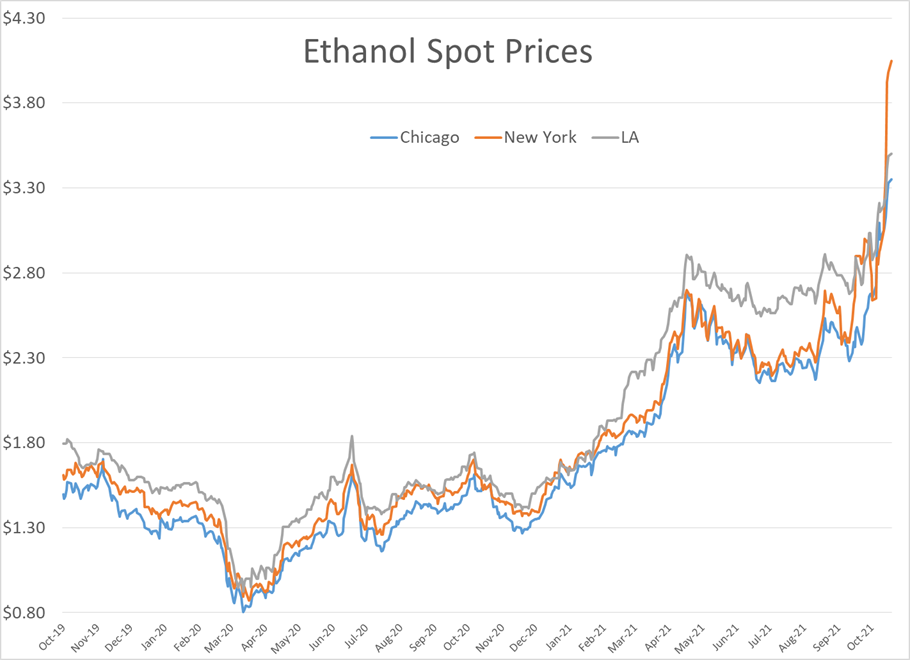 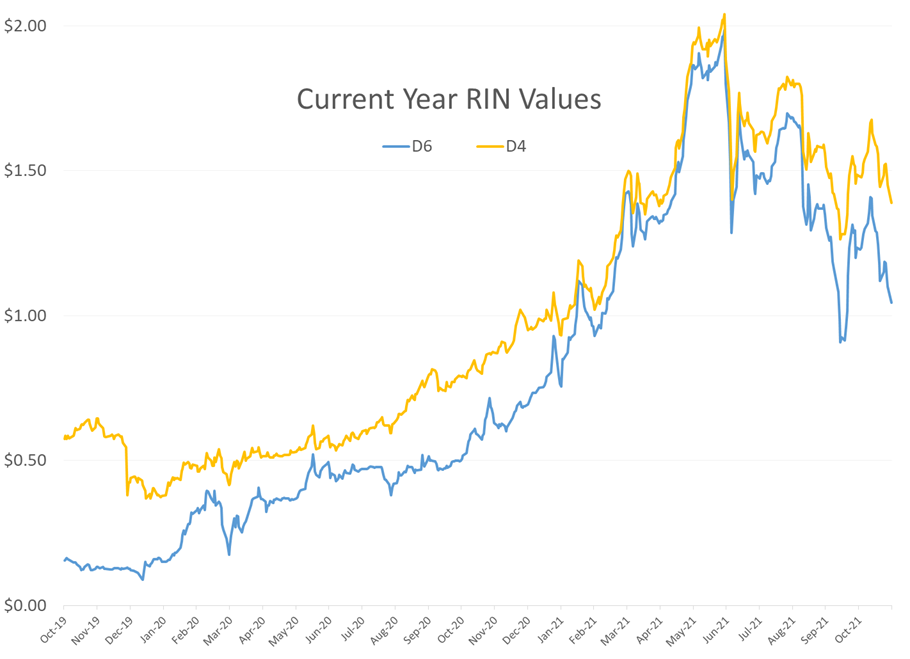