Energy Futures Are Moving Lower For A Third Straight Day

Energy futures are moving lower for a 3rd straight day, setting up a pivotal test of chart support to end the week, after the December recovery rally failed to break the downward sloping trend-lines.

Volatility indices are showing that fear is creeping back into financial markets after calming in the 2 weeks after the Black Friday meltdown. This time it’s inflation and the FED’s reaction to it that appear to have both equity and energy markets on edge as record price increases seem to be forcing the central bank to act more aggressively to reduce their money printing programs than previously expected. Tapering bond purchases, shrinking the FED’s balance sheet, and then raising interest rates are the foreshadowed plan, the trillion dollar question is whether or not executing that plan will spark another recession.

Want to see an example of how the market reacted to yesterday’s record Producer Price Index increase? The CME’s fedwatch tool showed the probability of an interest rate increase by March at just 19% a month ago, and 33% yesterday prior to the PPI, and today that probability has jumped to 39%.  Fed Fund futures are also suggesting a 60% probability that we’ll see at least 3 rate increases in 2022.

The API reported small builds in refined products of 426k barrels of gasoline and 1 million barrels for diesel, while crude stocks had a small decline of around 815k barrels. That news seemed to be largely ignored with the FED in focus, and it’s possible we may see a similar lack of reaction to today’s DOE weekly report. Oil production and Refinery Runs will be two numbers to watch in this morning’s report as the country and much of the world seem to be moving rapidly from supply shortages to excess.

Speaking of which, Chinese refinery runs increased sharply in November, echoing the estimates from both OPEC and the IEA earlier this week, which serves to both relieve the supply crunch that was tormenting the country for several months, and to put more downward pressure on margins world-wide.

Want to see the most dramatic example of a market healing rapidly in December? Take a look at Phoenix diesel which has dropped more than $1/gallon in 2 weeks. 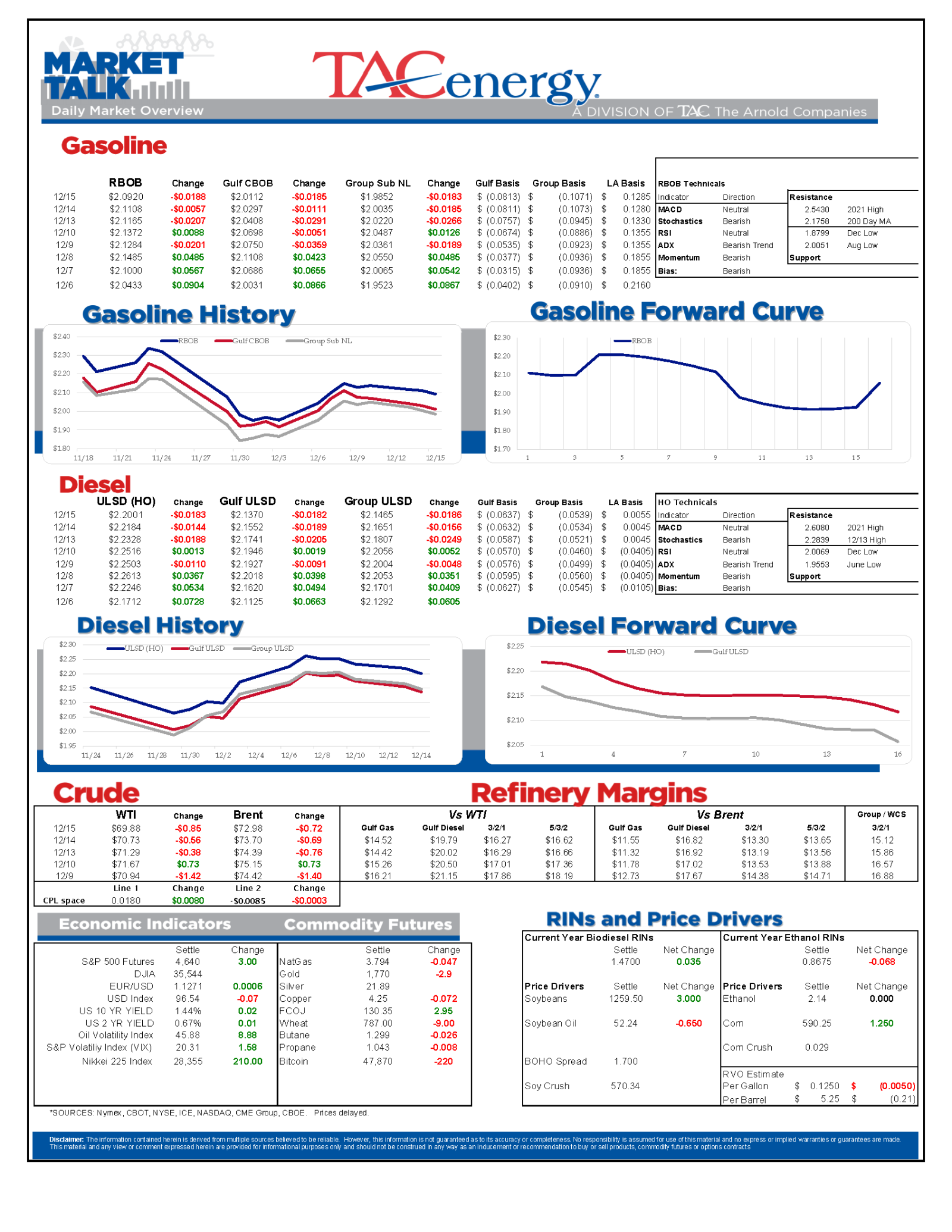 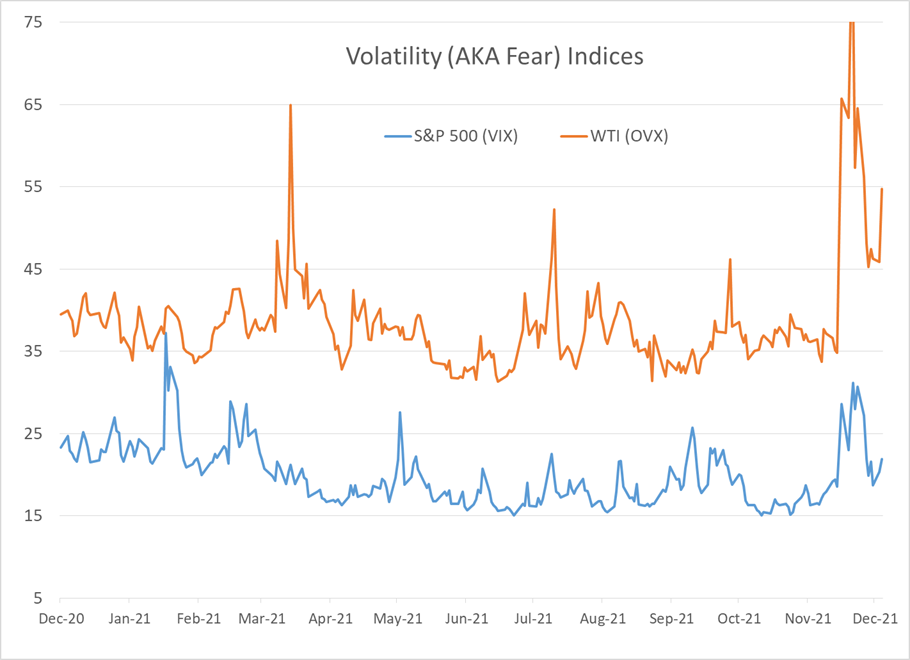 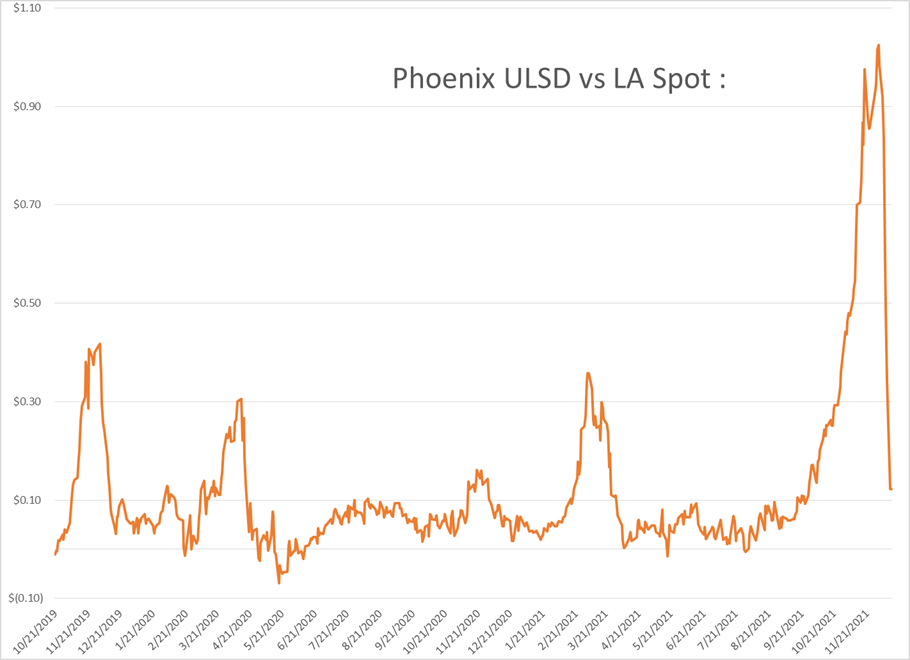