This time it’s India announcing retaliatory tariffs against the US that’s getting credit for the trade fears. An interesting side note is that India has been one of the key buyers of Iranian crude, so these trade negotiations could have a direct impact on the flow of oil.

Speaking of which, the Saudi’s are leading the push to create an international coalition to protect shipping lanes that have come under attack in recent weeks.

Money managers continue to bail out of their bets on higher energy prices, with net length being slashed across the board again last week. At this point, the majority of the liquidation seems like it has been done, meaning speculators heading for the exits may no longer be a catalyst for lower prices. If the June lows can hold, there’s a growing technical argument for higher prices in the next few weeks, which could draw some of those funds back into the game.

Ethanol prices continued to rally along with corn futures on Friday, as the outlook for crops in 2019 continues to go from bad to worse. RIN values have also rallied in sympathy with renewable fuel prices, reaching their highest levels in 3 months.

Baker Hughes reported a decrease of 1 in last week’s oil rig count, bringing the US total to its lowest since February 2018. The Permian basin continues to lead the decline with 5 fewer rigs counted last week, while the “other” basin category saw an increase of 5, and the other major plays held steady.

According to a filing with the TCEQ, Exxon’s Baytown refinery had an FCC unit unexpectedly shut down last night. So far there does not appear to have been any reaction in cash markets, and with PADD 3 gasoline stocks holding above their 5-year seasonal range, the impact may not be noticeable. 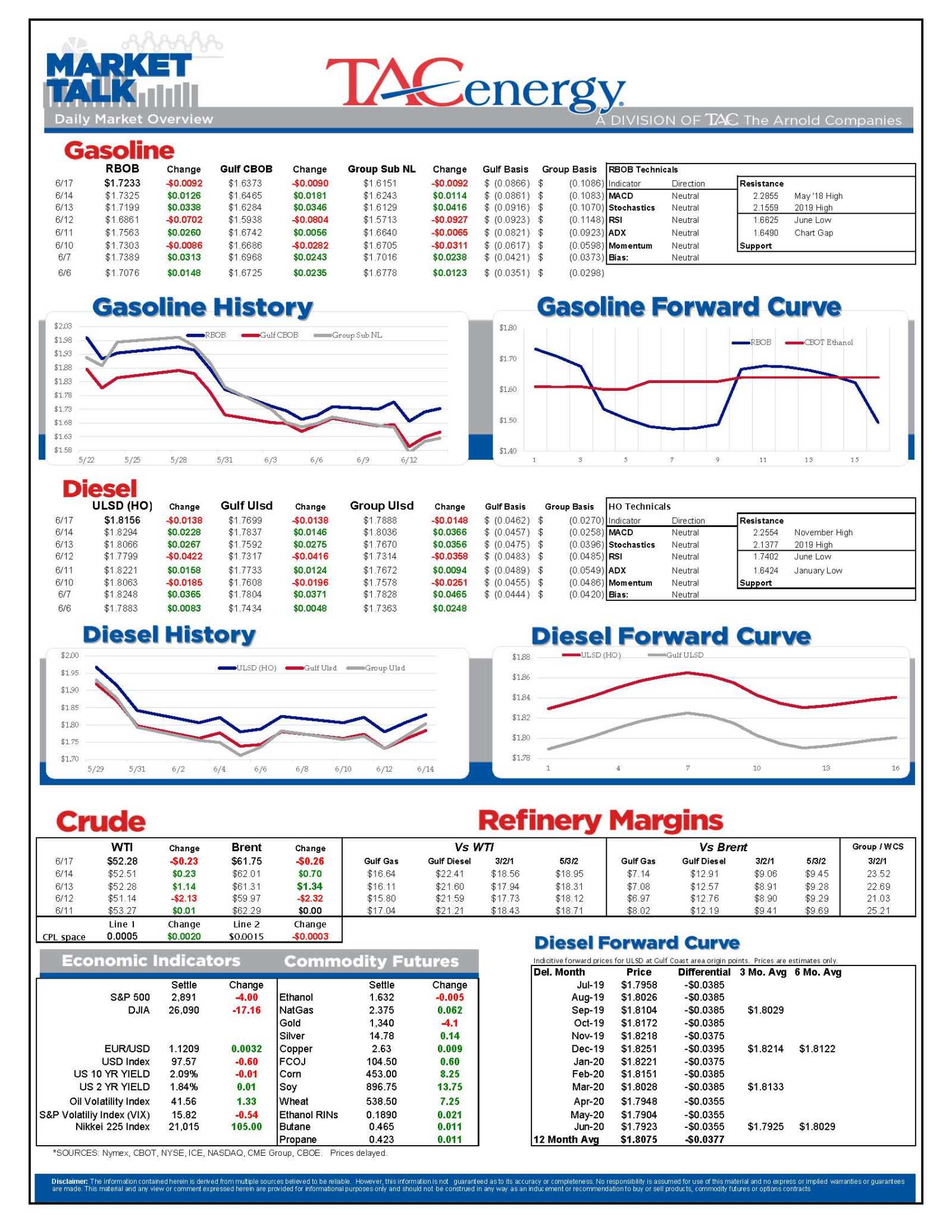 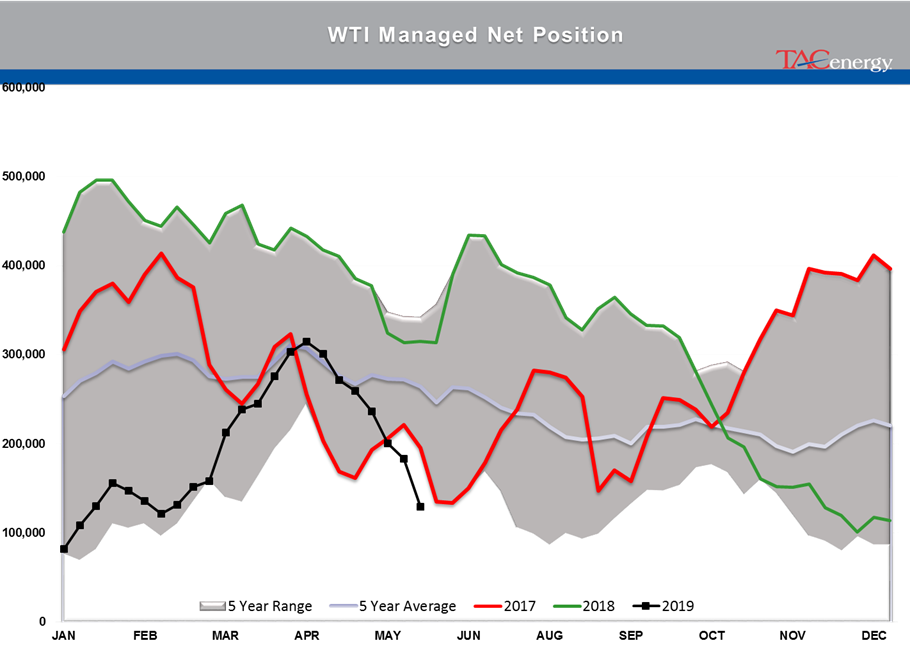 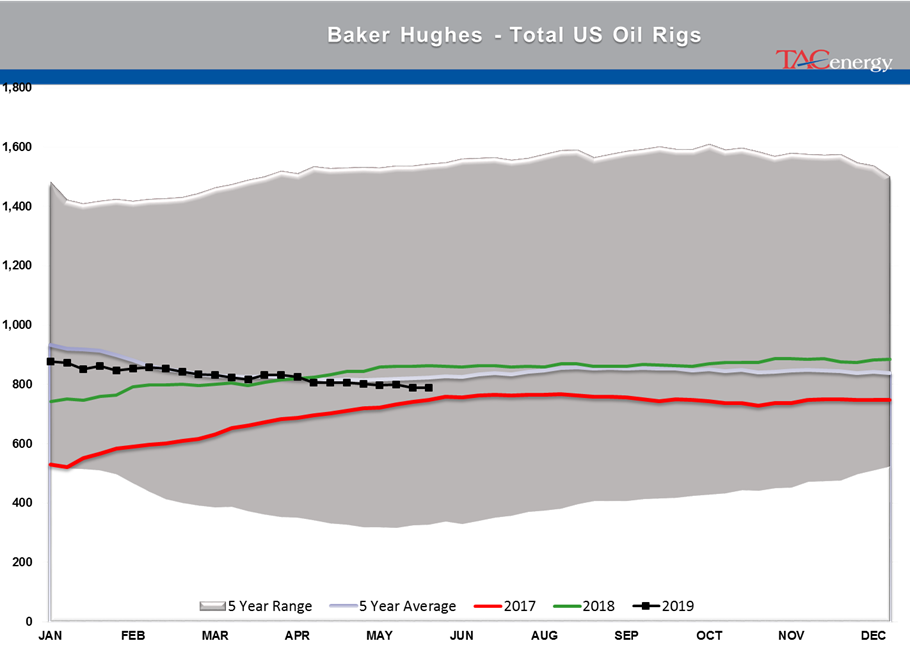