Energy Futures Are Taking A Breather After Another Strong Day Wednesday

Energy futures are taking a breather after another strong day Wednesday that saw diesel prices trade north of $2.61 for the first time since October 2014, while WTI briefly traded north of $83 as US crude oil inventories dropped to a 3 year low. For a 2nd straight week, large builds in refined product inventories did little to slow the rally, as the market continues to act like the winter demand doldrums driving those increased stocks will soon be put in the rearview mirror.

Want a very simple reason diesel prices are trading at 7 year highs? Total US Diesel stocks started the year 10 million barrels below where they started the year in 2020, 20 million barrels lower than their 5 year seasonal average, and 35 million barrels below where they started off a year ago. You’d never guess that diesel stocks nationwide are far below average by looking at rack prices across most of the Gulf Coast, Midwest and Southwestern US as spot/rack spreads have collapsed, and in several cases are offered at multi-year lows as regional suppliers struggle to deal with a sudden glut of supply in markets that were extremely tight just 2 months ago.

RINs saw their first large sell-off in nearly 6 weeks after yet another mysterious Reuters exclusive citing unnamed sources suggesting the White House is considering yet another change to RVOs as pressure builds over higher fuel prices, and the environmental arguments for more ethanol continue to wane.

Rain, Snow or Ice?  That’s the big question for millions of people along the east coast heading into the weekend with another winter storm sweeping across a large portion of the country.   The difference in a few degrees may make a huge difference between an inconvenient rain storm and a crippling shut down as cold temperatures follow close behind the precipitation.  There aren’t many refineries in the current path of the storm, but we are likely to see terminal disruptions from Tennessee to the Carolinas as several markets that aren’t used to seeing extended temperatures below freezing are forecast to do so over the next few days. 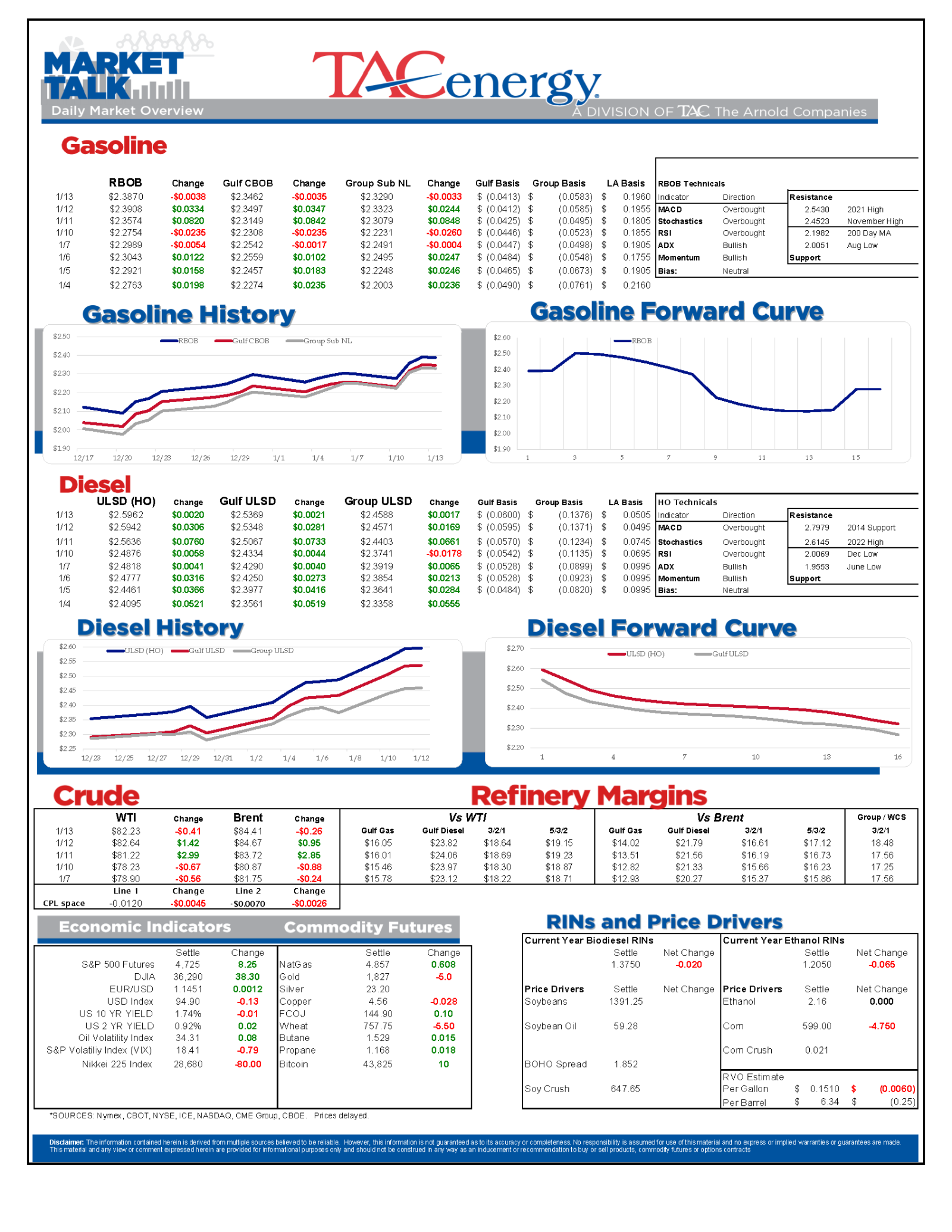