The choppy action in energy futures continues as markets await decisions from the two major powers in global oil prices, OPEC and the US Federal reserve. A rally Monday to start November’s trading pushed prices further away from the brink of a technical breakdown, but most contracts are slipping back into the red this morning.

More OPEC members are signaling support of Saudi Arabia’s pledge to stick with the output agreement that will add 400,000 barrels/day of production each month until mid 2022, which they argue will balance the global supply/demand equation.

The November FOMC meeting starts today, and will conclude with an announcement on the FED’s changes to monetary policy tomorrow. While expectations for interest rate hikes remain non-existent until the middle of 2022, this meeting is expected to start the process of reducing the FED’s extraordinary bond purchases which started during the depths of the pandemic to stabilize markets. There is concern of a “taper tantrum” if equity markets respond poorly to the removal of the free money that’s fueled a record move in stock prices, and other forms of inflation, that could spill over into commodity prices as well.

Lots of pledges coming from the COP26 meetings this week: The US President announced new proposed rule to limit methane emissions in the US, which many believe to be the low hanging fruit in the climate battle. The regulations, if passed, would give federal oversight to more US gathering systems (something likely to face a legal battle in Texas) and cut even further back on natural gas flaring. Perhaps the biggest change in this proposal from prior rulings is that they would apply not just to new facilities, but to existing ones as well.

Along with the rally in refined products Monday, RINs had their first move higher in nearly 2 weeks, after D6 values had dropped 30 cents from their October highs and D4s fell by 25 cents. Still no updates on the RVOs for 2021 from the EPA, which may mean those numbers are being held as a bargaining chip in the congressional tax, spending and climate bills that continue to go nowhere, or that the agency is more focused on the new rules on methane and doesn’t have the resources to comply with the RFS timing mandates. 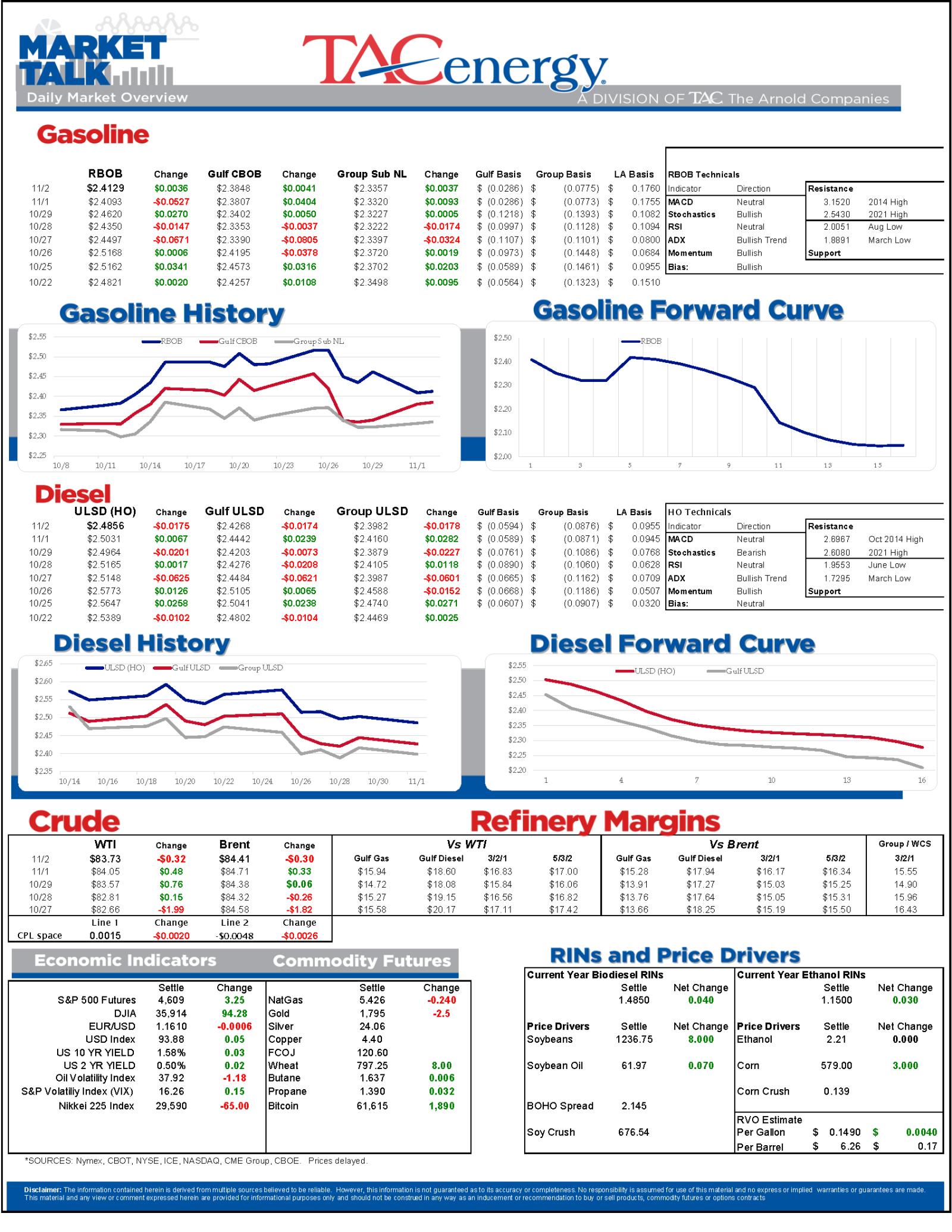 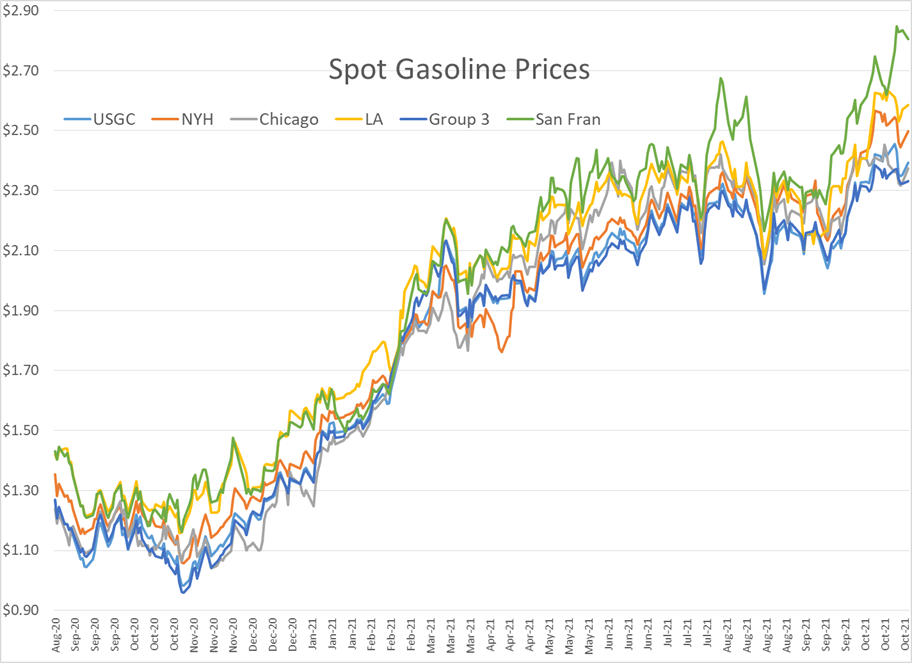 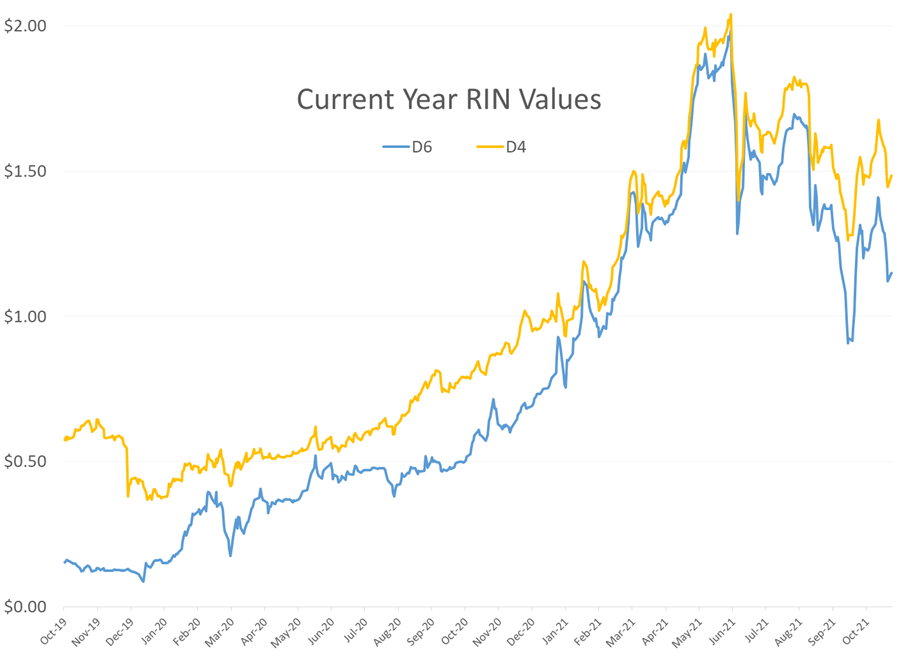