Energy futures continue their slow march through the winter doldrums without much sense of direction, starting the week chopping back and forth between gains and losses.

Rumors of a refinery issue in New Jersey Friday helped RBOB gasoline futures end last week on a strong note, but a lack of reaction in New York cash markets suggests that won’t be enough of a catalyst to push prices through the top end of their month-old trading range. We are approaching the seasonal window where we expect gasoline prices to rally as the transition to summer-grades begins, so there’s a good chance we could see that break-out before February comes to an end.

Another winter-storm-related refinery fire over the weekend, this time at the plant outside of St. Louis operated by P66. As is often the case, there are conflicting reports on the operational status of the plant following the fire, with some claiming a crude distillation unit has been shut as a result, while others suggest normal operations continue. Given the location of the facility, if there is an extended downtime, expect the Chicago spot market to react first as barrels coming north on the Explorer pipeline may be diverted to meet demand in area. The silver lining of PADD 2 gasoline inventories reaching all-time highs in the past few weeks are that – so far – the rash of refinery issues is having a relatively minor impact on prices.

Money managers added to their net long holdings in Brent crude oil contracts for a 5th straight week, but the rate of increase dropped sharply with only about 12 hundred net contracts added to the long side of the ledger vs 12 thousand the week prior.

The CFTC is still playing catch-up with its Commitments of Traders reports, releasing data from the first week of January on Friday. That report showed sharp reductions in NYMEX holdings by money managers, with WTI net-length dropping to the bottom of its 5 year range, while ULSD contracts fell to a net-short position for the first time since July 2017.

Based on where the large funds started the year, it appears that they largely missed out on the early 2019 rally in energy futures, adding insult to injury after they were caught on the wrong side of the 2018 sell-off.

Baker Hughes reported a net increase of 7 drilling rigs across the US last week, with the 2019 pattern continuing to look much different than a the past few years as the count in Texas dropped for a 5th straight week to a total of 511 rigs, while California and Alaska, with a combined 13 rigs between them a week ago, added 4 rigs each last week. 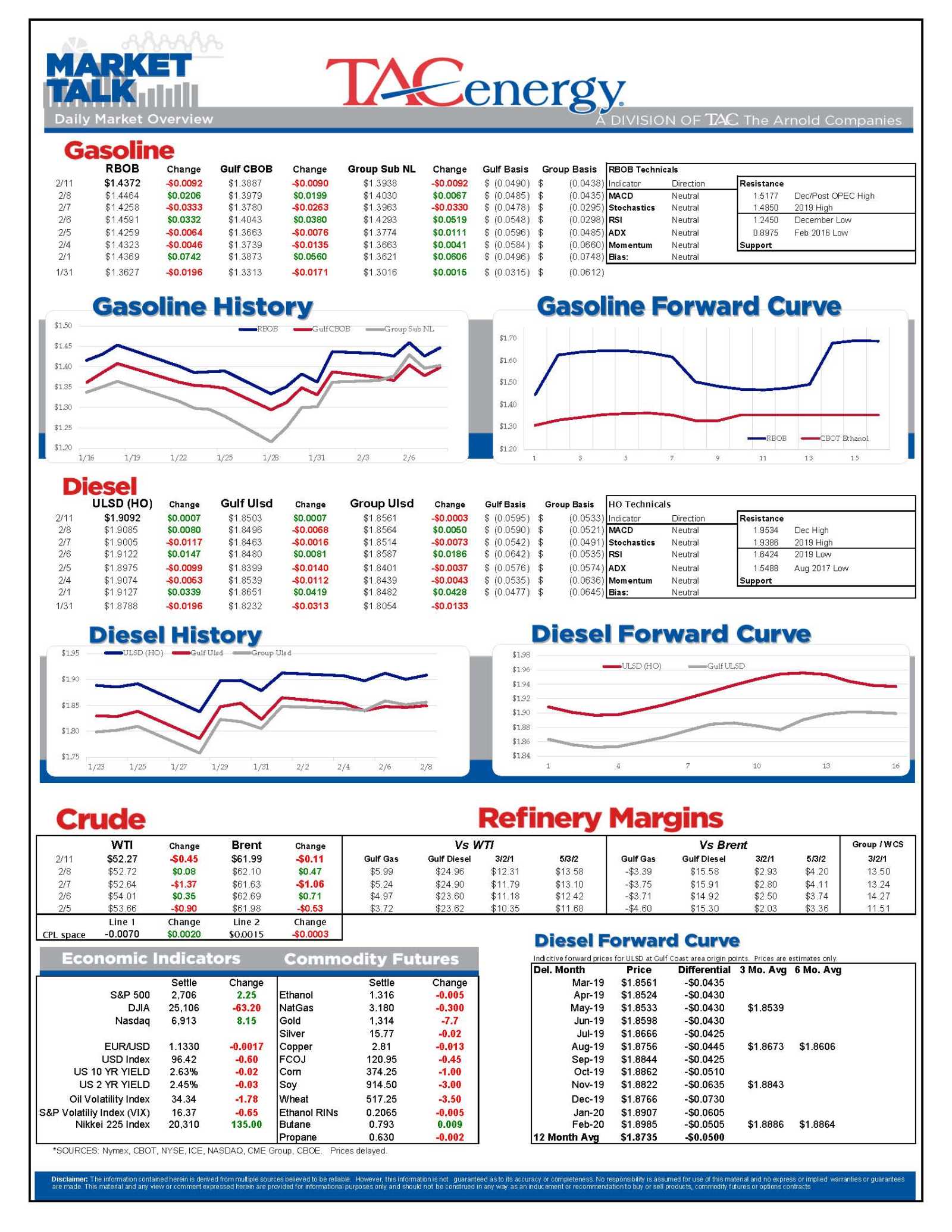 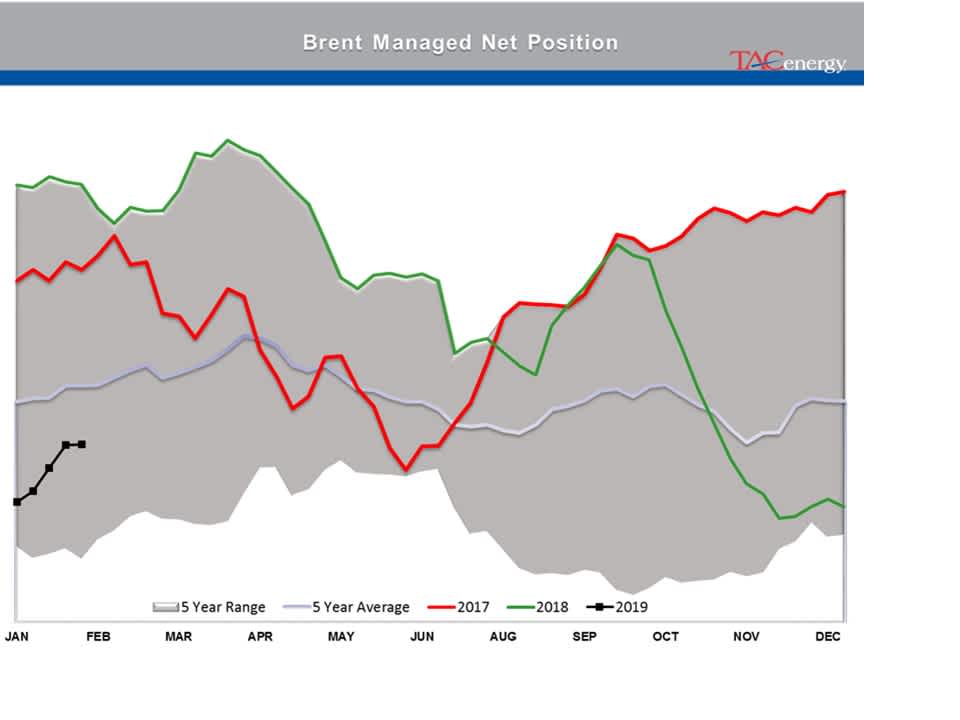 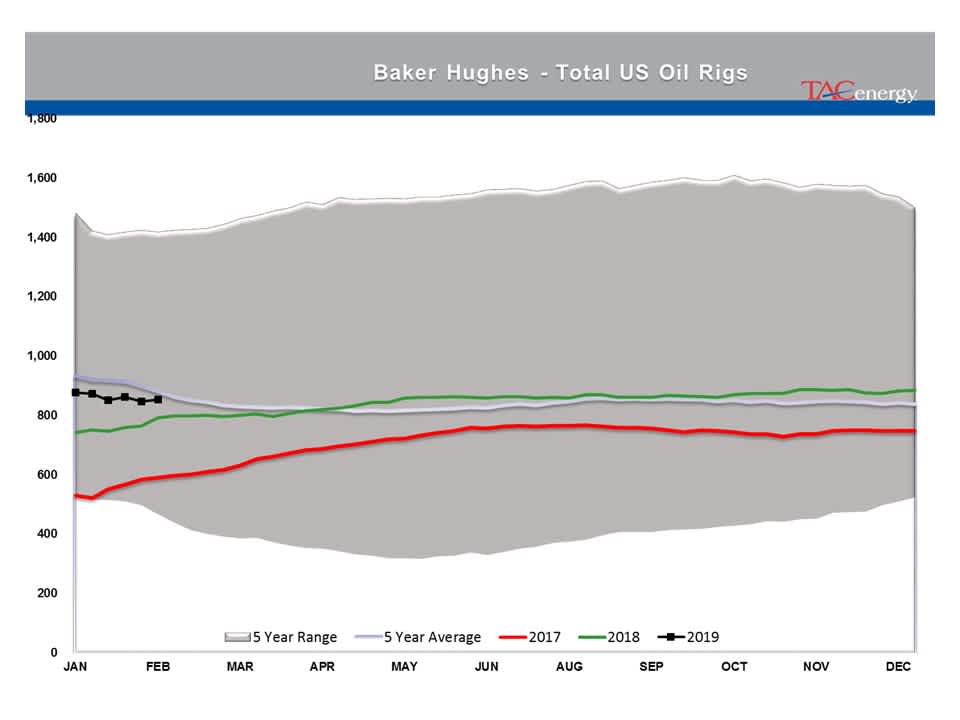