Energy Futures Moving In Opposite Directions

A conflicting inventory report has energy futures moving in opposite directions to start Wednesday’s session, a pattern this week in which gasoline prices tend to want to resist the pull of crude oil and diesel prices, while the entire complex moves back and forth waiting on the next bit of news from Iran, China or the FED.

Tuesday’s session started out in a mirror image of today’s start with RBOB moving higher while the other contracts moved lower. By the end of the day all contracts were in the green, aided by a strong day for equity markets, and reports that the US may have destroyed more than one Iranian drone last week. Besides that report, there do not appear to have been any new developments in the Persian Gulf drama, which is keeping buyers at bay for now.

Many headlines for both equity and energy prices continue to focus on what the FOMC will do with interest rates next week. The CME’s fedwatch tool shows that traders are giving a 100% probability of a rate cut with 25pts vs 50 the hot debate. The Dallas FED meanwhile released its Permian Basin Economic indicator report this week, showing that while Texas’s unemployment rate just reached an all-time low, the rate in the Permian is increasing as rig counts drop. It’s worth noting that despite the drop in rig counts, production levels continue to climb due to an overhang of Drilled but uncompleted wells.

The EIA continues to highlight the changing landscape of global oil trade this week, with a note this morning showing how Saudi Arabia is sending less crude to the US, and more to Asian nations as US production swells. While China’s oil imports are a hot topic this week, the country is also increasing its export quota for refined products as the country’s refining capacity continues to grow.

A couple of other interesting reads today:

Bloomberg interviews a ship captain as he steers an oil tanker through the Strait of Hormuz. 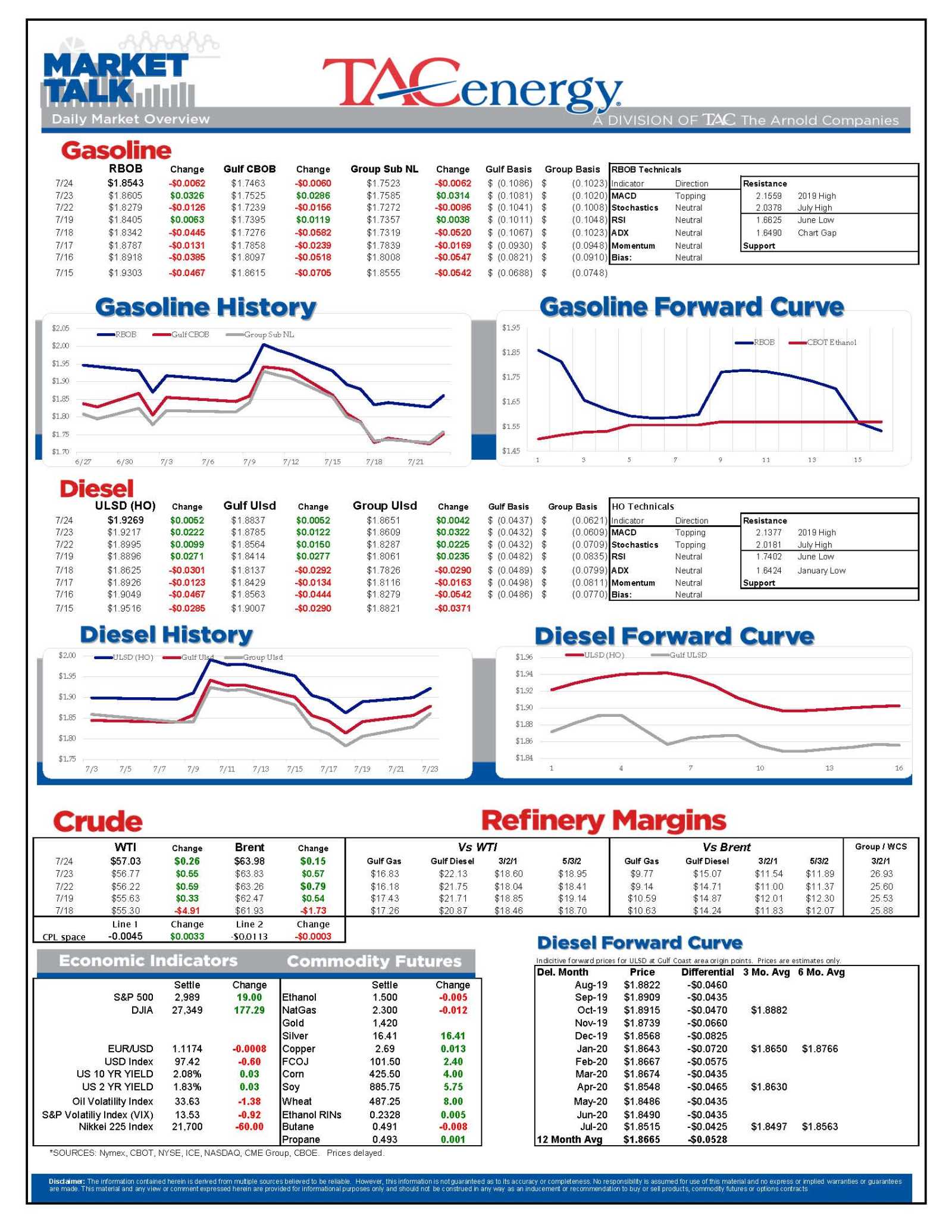 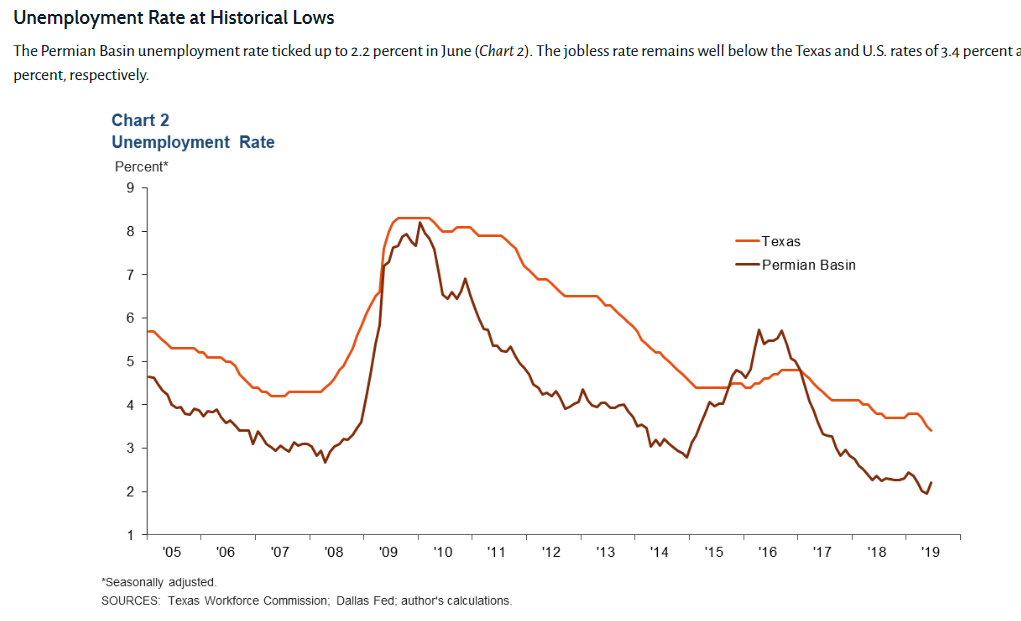