Energy Futures On The Move Higher

Energy futures are on the move higher again this morning, marking a 5th day of gains for crude oil, and a 3rd for refined products, if the early gains can hold. Prices are approaching a pivotal short term technical test that may determine how long this recovery rally can last.

After Wednesday’s 10 cent reversal, Thursday’s session seemed a bit tame with only a 6 cent swing in gasoline and diesel prices. Strong early morning gains of 4+ cents were temporarily wiped out when the sell-off in US stock markets picked up steam mid-morning, but the buyers stepped back in to push prices higher on the day.

Old support becomes new resistance: Both RBOB and ULSD futures are challenging price levels that acted as support back in November again this morning, which happens to be right where they stalled out during Wednesday’s early spike. If they can break through that overhead resistance there’s room for another 10 cents of upside. If they fail however, the longer term bearish trend will remain intact.

The API was said to show a decrease in crude oil stocks of 4.5 million barrels last week (a common occurrence at year end due to tax implications of imports) while refined product inventories had large builds of 8 million barrels for gasoline and 4 million barrels of distillates. The DOE’s version of the weekly stats is due out at 11am eastern today. The EIA is making the most of its funding this week, publishing a new note on retail gasoline prices, which dropped in 2018 for the first time in 3 years.

The December payroll report showed an increase of 312,000 jobs for the month, and both October and November job counts were revised higher. The headline (U-3) unemployment rate ticked higher to 3.9% while the U-6 rate held steady at 7.6%. The US dollar index jumped immediately after the report as the increase in payrolls, which was stronger than most forecasts, may encourage the FED to continue with tighter monetary policy. Energy prices have shrugged off the news, and the move higher in the dollar so far, and continued on their early up-trend. 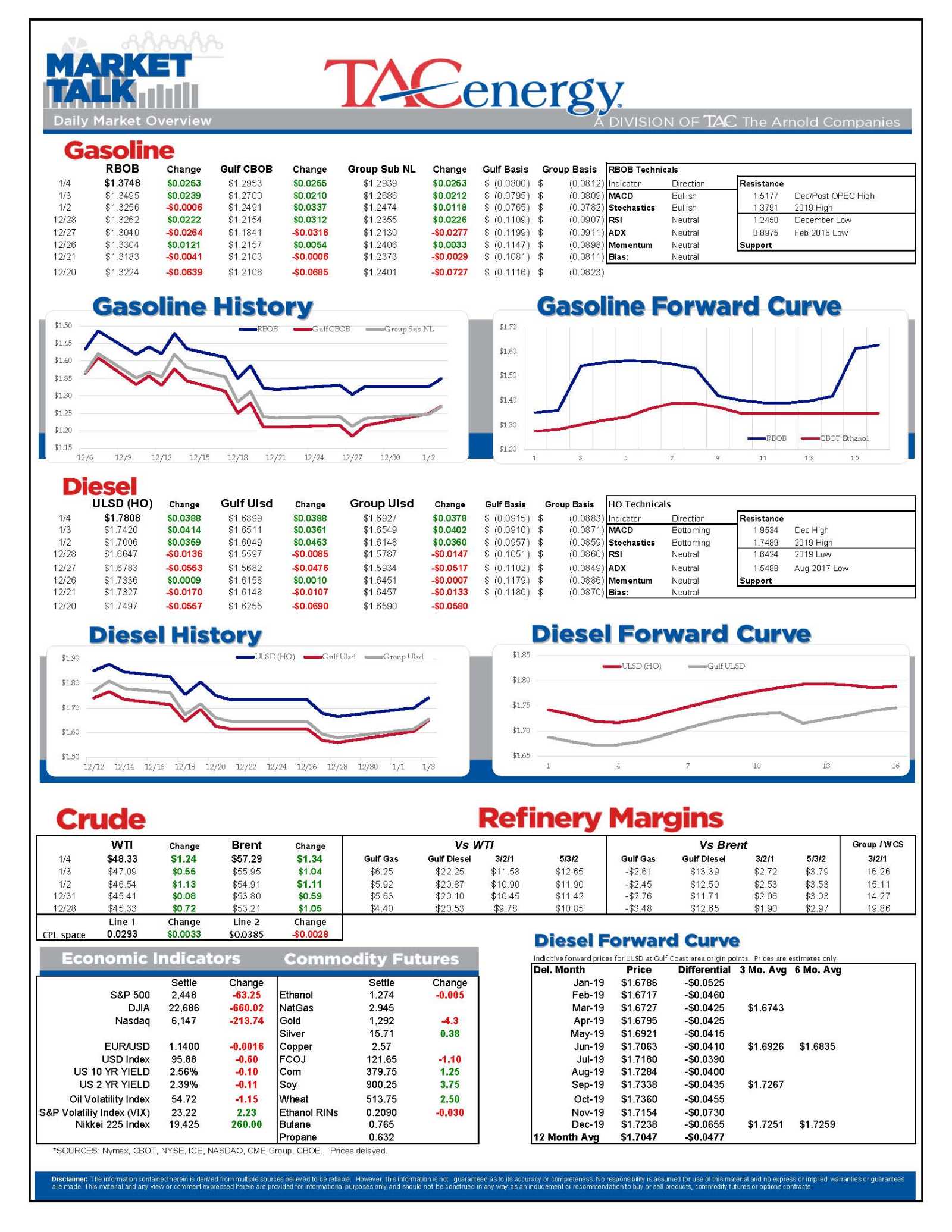 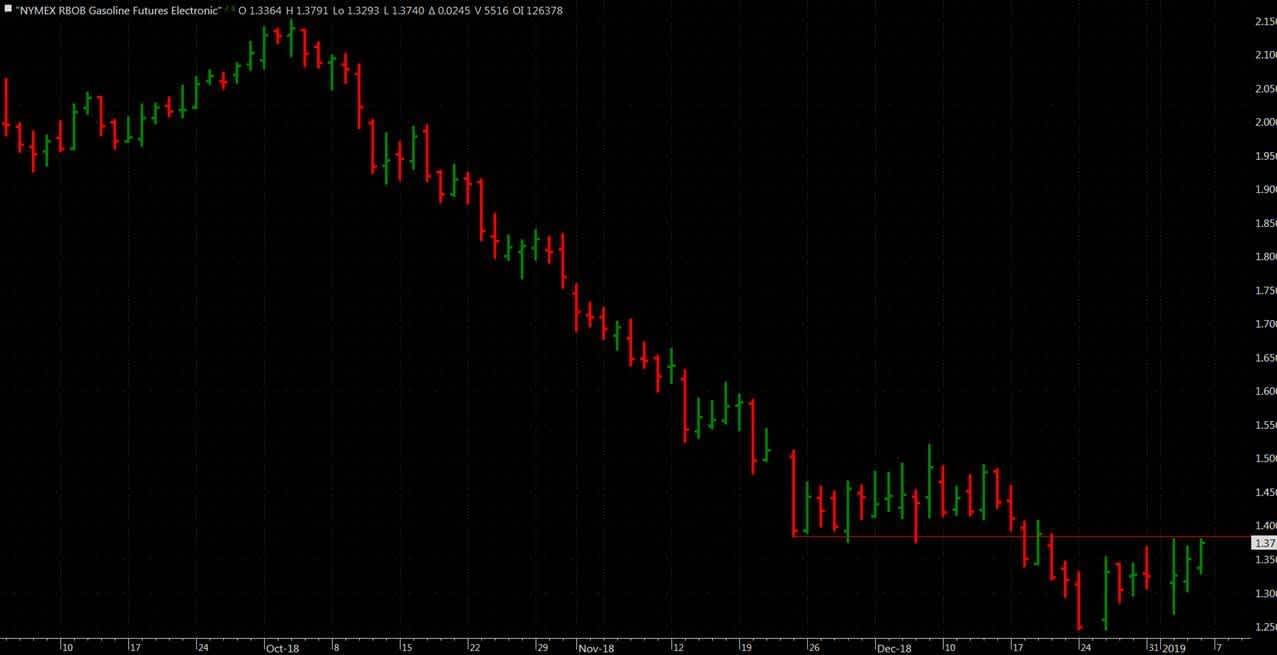