Energy futures are sliding into the red this morning, in what appears to be a bit of profit taking after a strong spring breakout rally pushed prices to new 4 month highs in the past 24 hours. Some bearish elements in the IEA’s monthly oil market report could also be to blame for the overnight reversal.

RBOB gasoline futures topped out at $1.8822 in Thursday’s session and have dropped about a nickel since that time, even though NY Harbor basis values continue to strengthen, as refinery downtime is seen depleting the excess inventory seen earlier in the year. WTI meanwhile has dropped almost a dollar reaching $58.95 overnight. It will take additional drops of that size before this latest sell-off threatens the trend started when prices broke out earlier in the week, but short term technical indicators are showing signs of topping out, so a more meaningful pullback may be in order.

The IEA’s monthly report noted that world demand for oil slowed sharply in the fourth quarter of 2018, but held its estimates for 2019 steady. The agency also noted how OPEC’s production cuts have served to increase the total “spare capacity” available, which will cushion the impact of Venezuela’s collapse.

While petroleum futures have been reaching 4 month highs this week, RIN values have traded down to 4 month lows after the EPA released approved 5 more small refinery exemptions to the RFS in 2017. While the retroactive nature of those exemptions doesn’t directly impact current blending activity, it does send a clear signal that the agency is not changing its stance on granting more exemptions since a federal court ruling in 2017 that found earlier rejections of exemptions were illegal, despite subsequent lawsuits filed on behalf of agricultural groups. Needless to say, biofuel producers don’t seem thrilled with the news.

Today’s interesting read: The EIA’s note on how the industry is handling the growing demand for hydrogen at refineries to strip sulfur from crude oil to meet new cleaner fuel standards. 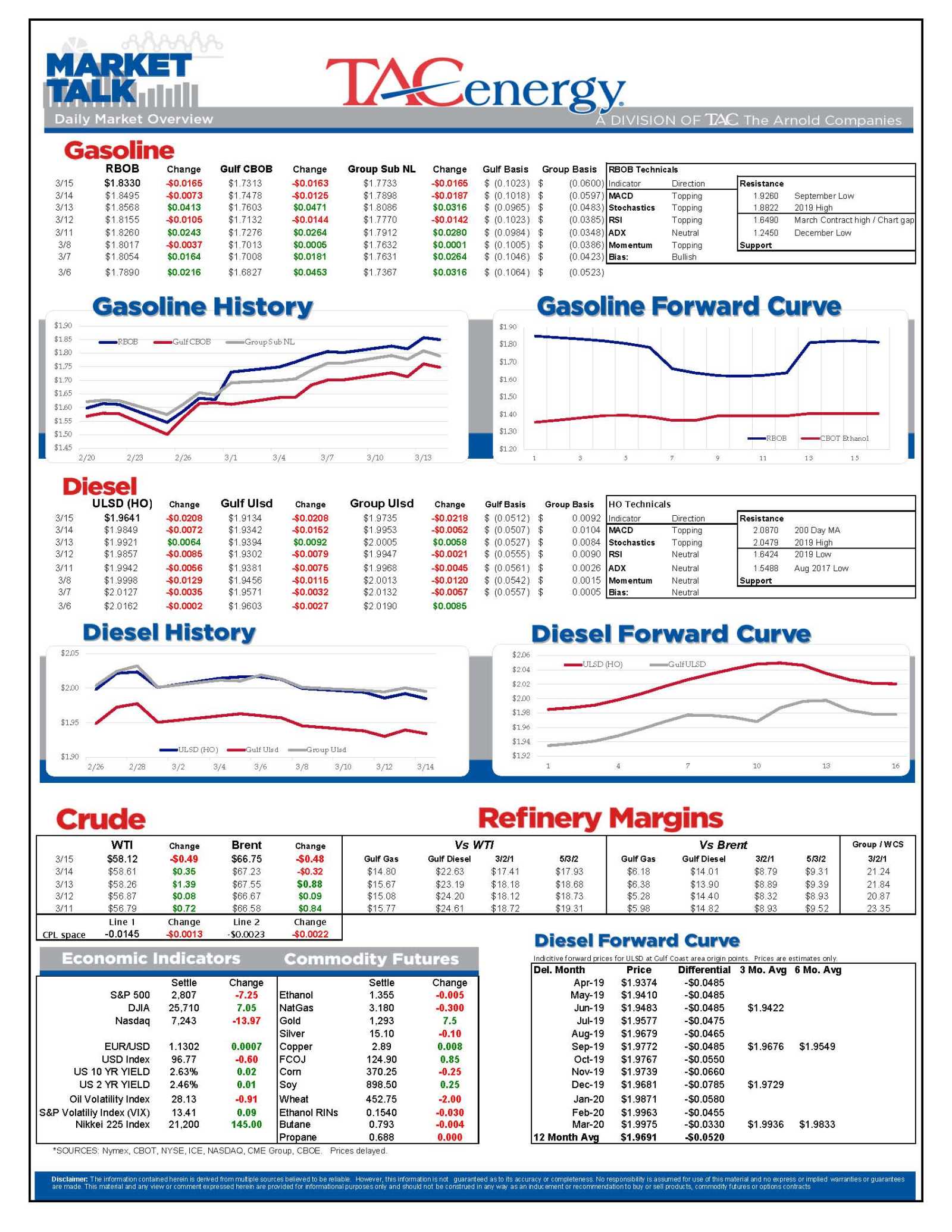 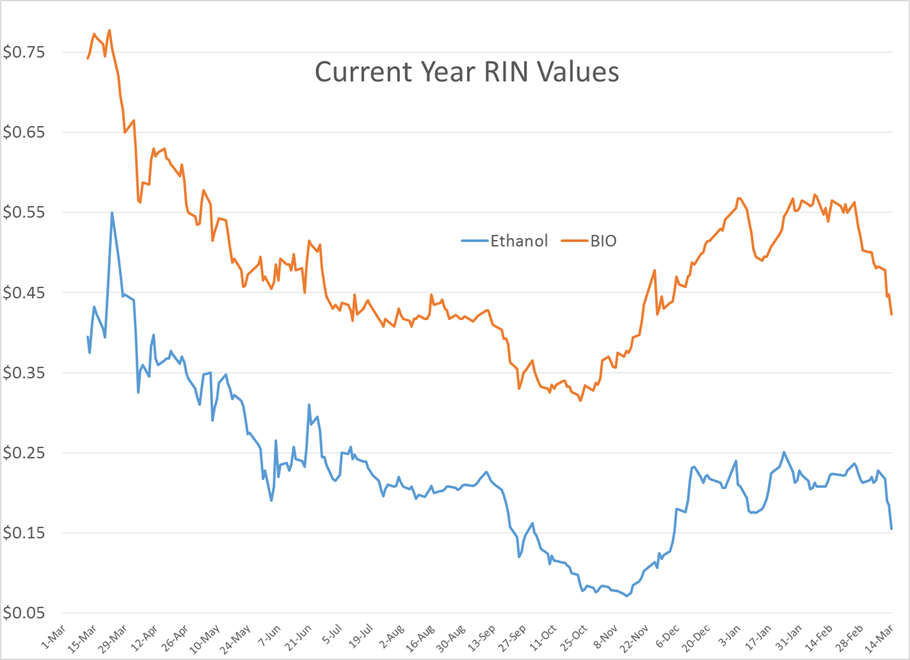