Energy futures are slipping modestly lower to start Thursday’s session, weighed down by reports of more large inventory builds in the US and new concerns over the Chinese economy (the largest energy importer in the world) slowing down.

Those bearish influences seem to be outweighing new turmoil in Venezuela, although prices have had a hard time making up their mind this week, and continue to bounce back and forth within their recent trading range, so a mid-day reversal would not be surprising.

The Venezuelan saga took a dramatic turn Wednesday as a new self-appointed President was recognized by several foreign countries, including the US, and large demonstrations broke out opposing the current regime. Even though Venezuela has more proven oil reserves than any country on the planet, oil markets seemed to shrug off the news.

Short term it’s US Gulf Coast refiners that could see the biggest impact from a drop in Venezuelan crude exports, as those heavy barrels have few natural replacements, and could mean either paying a hefty premium for an ideal replacement, or having to reduce run rates if one can’t be found.

Speaking of Gulf Coast Refiners, spot markets have been behaving as though there’s suddenly a shortage of products coming from the US refining hub. Both gasoline and diesel basis values for Gulf Coast origins are up a nickel or more in the past few weeks suggesting that there’s either been a healthy export demand to offset lackluster domestic consumption, large reductions in refinery runs, or perhaps both. We’ll find out which it is at 11am central when the DOE’s weekly status report is released.

In addition to the normal weekly report, the DOE/EIA is also releasing its annual energy outlook later this morning. No surprise here, the report is reported to project growing domestic production for Oil, Natural Gas & Renewables in the coming year. 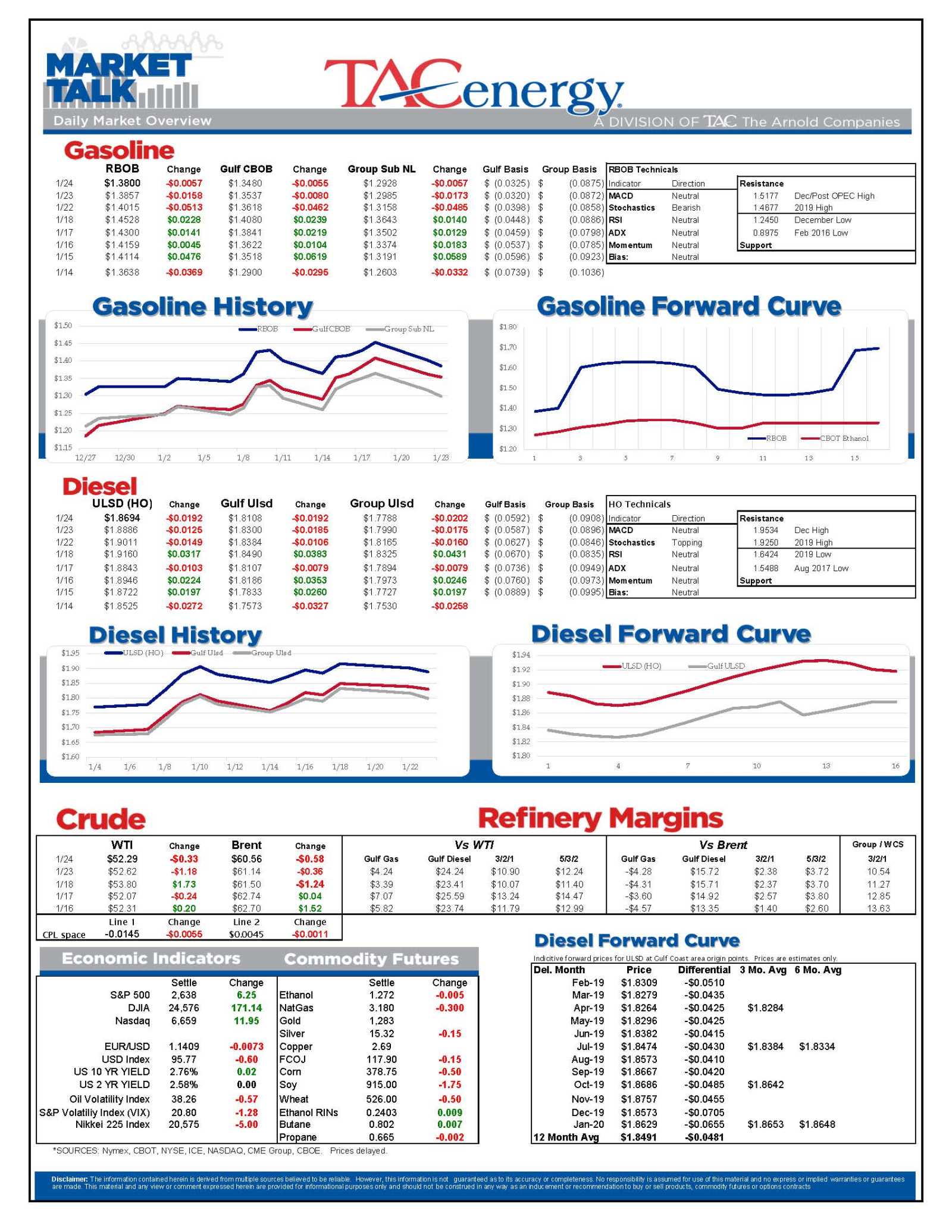 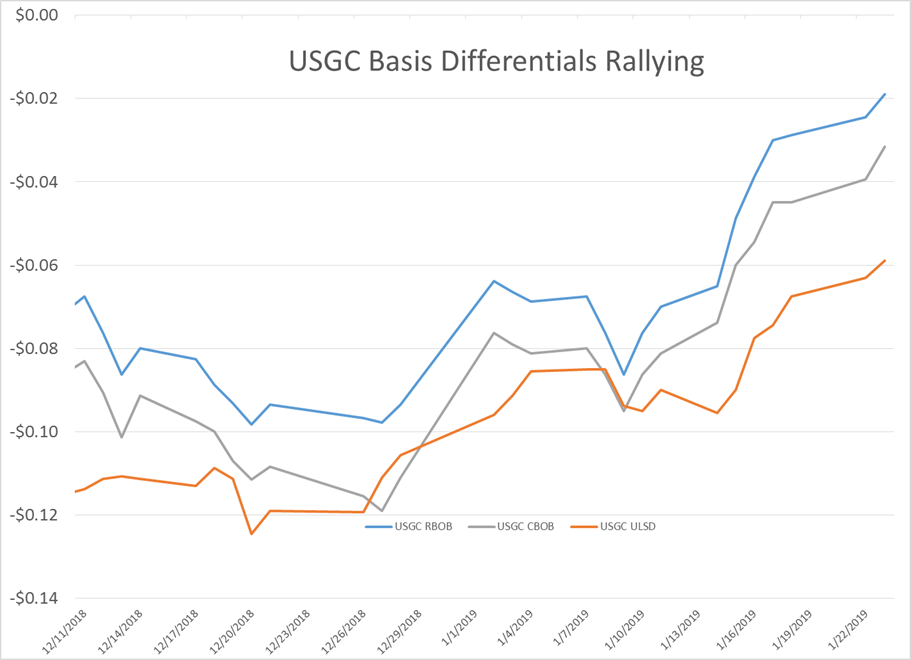 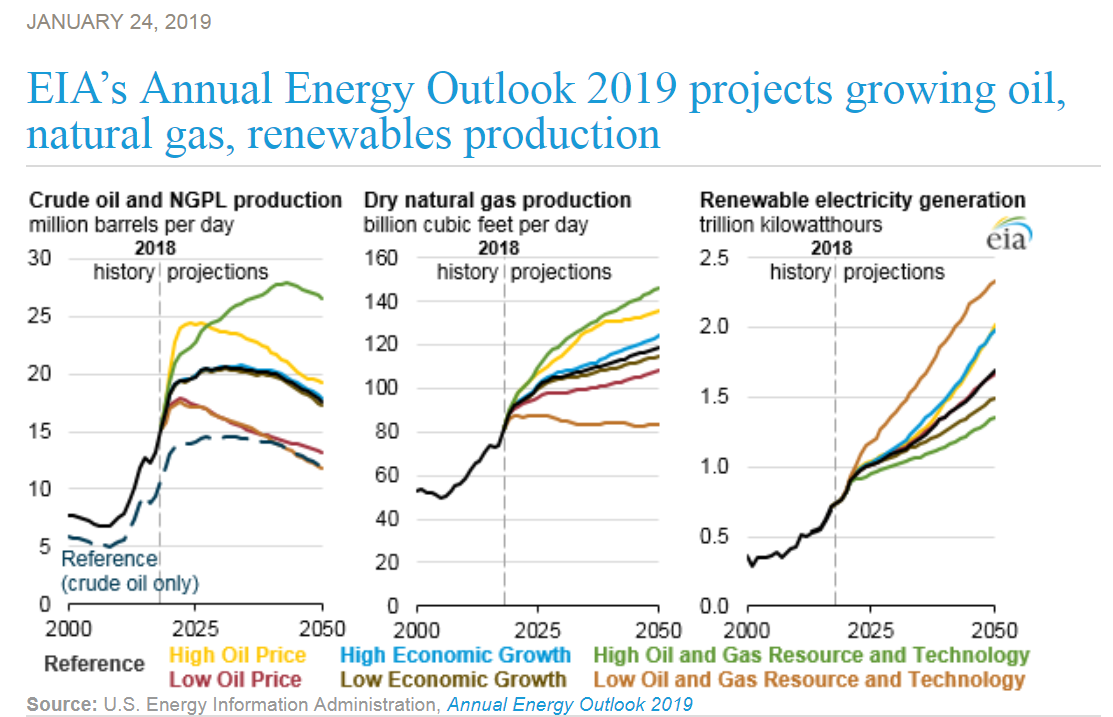