Energy futures are starting the 2nd quarter of 2019 on a strong note, aided by reports that OPEC production dropped to its lowest level in more than 3 years last month, and by US equity markets that are pointing to a strong open on the back of positive news from China. WTI is leading the charge, touching a fresh 4.5 month high at $60.92 overnight, while Brent and refined products are still holding below the highs set last week.

While global concerns on oil supply and economic activity may continue to dominate the headlines and price action in the new quarter, a pair of legal battles may have longer term impacts on US oil supplies. Over the weekend, a federal judge ruled the President’s order to open drilling in the Arctic was unlawful, following a new order issued to allow for the Keystone XL to be built after more than a decade of wrangling.

Saudi Aramco published its income for the first time ahead of a bond offering, listing net income last year north of $111 billion, and free cash flow of $86 Billion, dwarfing the world’s largest publicly held oil companies, although trailing many on a per-barrel basis given its heavy tax burden.

Baker Hughes reported a 6th straight week of declines for oil rigs in the US, making Q1 2019 the largest quarterly decline in 3 years for the rig count. Texas continues to lead the move lower, marking a 12th consecutive week of declines for the state’s rig count. The Dallas FED published its quarterly energy activity survey last week and noted that activity ticked up slightly in Q1, after dropping sharply during the price plunge of Q4, 2018. West Texas is rapidly transitioning from a shortage to an excess of pipeline takeaway capacity for oil, which combined with the recent price recovery could be enough to see the trend of lower rig counts come to an end in the next few weeks.

Money managers continued to jump on the spring break bandwagon, adding to net-long positions in WTI, Brent and RBOB contracts last week, while ULSD dropped to a net short position for the large speculative category of trader. Perhaps most notable in the changes was that RBOB net length broke above its 5-year seasonal range as of the data reported Friday, which is compiled as of last Tuesday, which means a large number of energy speculators got to experience the spring gasoline rollercoaster with a 15 cent drop in RBOB prices over the next 2 days. The funds’ reaction to those price swings in this week’s report may give a good indication of the staying power of this year’s spring rally as retail prices in several parts of the country approach or surpass $3/gallon. 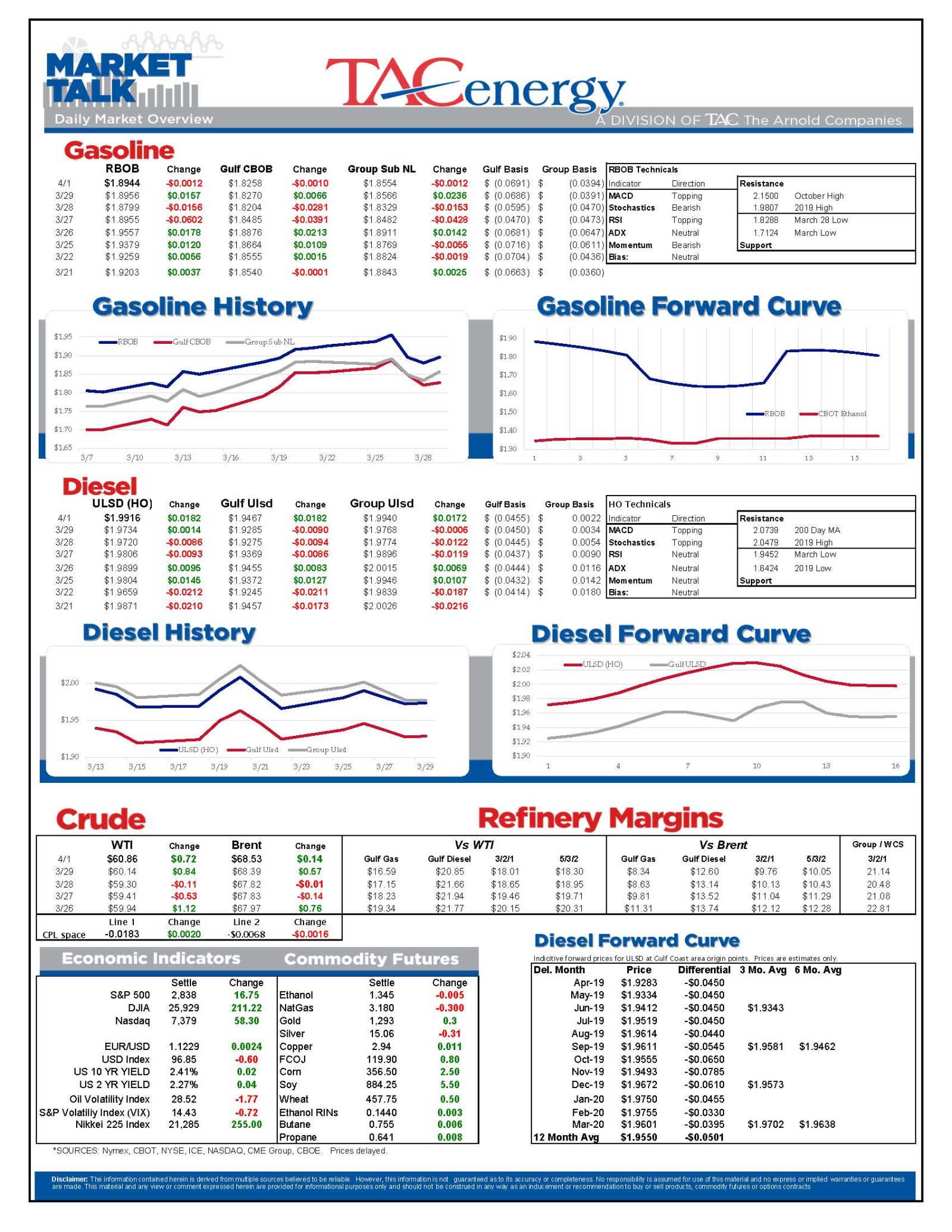 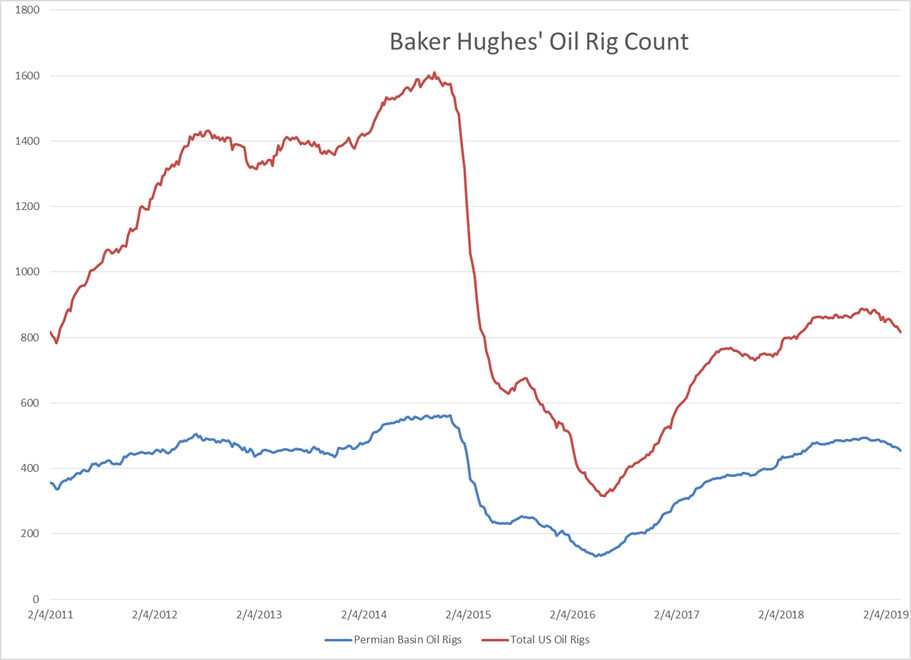 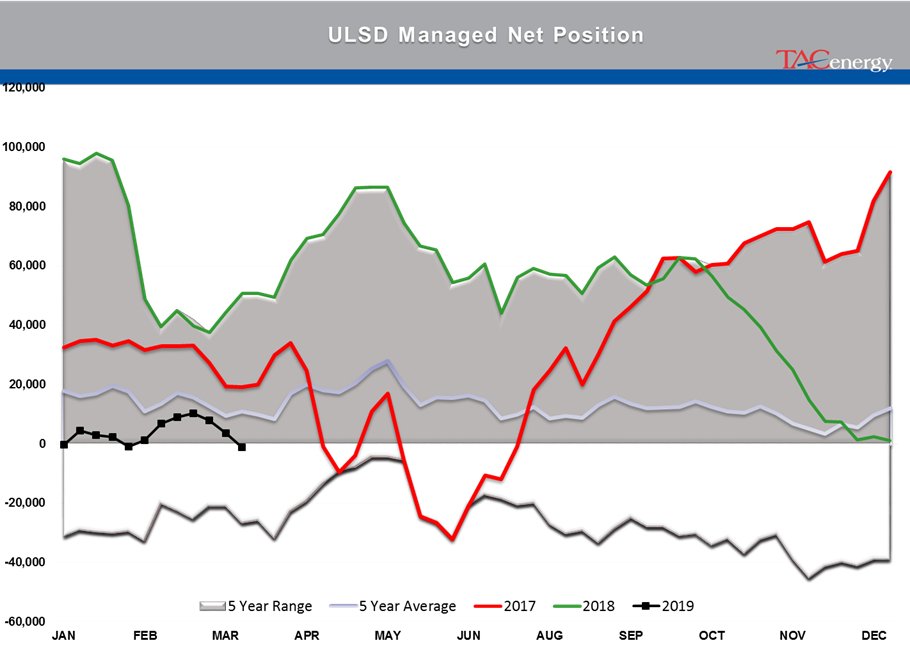