Energy futures continue to teeter on the edge of a technical breakdown, while spot gasoline markets across the country are crumbling, suggesting the spring rally of 2019 has finally given up the ghost. After another trade-fear-induced wave of selling in both equity and energy markets Tuesday, there was a brief attempt at a rally overnight that has already been wiped out, suggesting that there’s little conviction among buyers these days. Many technical indicators continue to point lower, with another 10 cents of downside looking likely for refined products in May.

The API was said to show a 2.8 million barrel build in crude stocks last week, while gasoline declined by almost the same amount and diesel stocks dropped 830k barrels. The DOE’s weekly update is due out at its normal time today. The softness in cash markets this week suggests we should see refinery and import rates climbing in this week’s report.

The DOE published its monthly Short Term Energy Outlook Tuesday, predicting that global oil demand will outpace supply for the balance of 2019, and also projecting higher gasoline prices for the driving season than we saw last year. The report also notes the remarkable turnaround of gasoline prices and margins in the US so far in 2019, in comparison to both diesel prices, and to international levels. The EIA’s monthly energy review also detailed how US energy consumption, production and exports all hit record highs last year.

The tensions with Iran continue to build this week after their president announced they would stop complying with parts of the nuclear treaty it was still (supposedly) operating under with several European nations. Some are suggesting that this move is just another step towards an armed conflict between the US and Iran, while others suggest it’s just more posturing to build a divide between the US and its allies on Iranian sanctions. 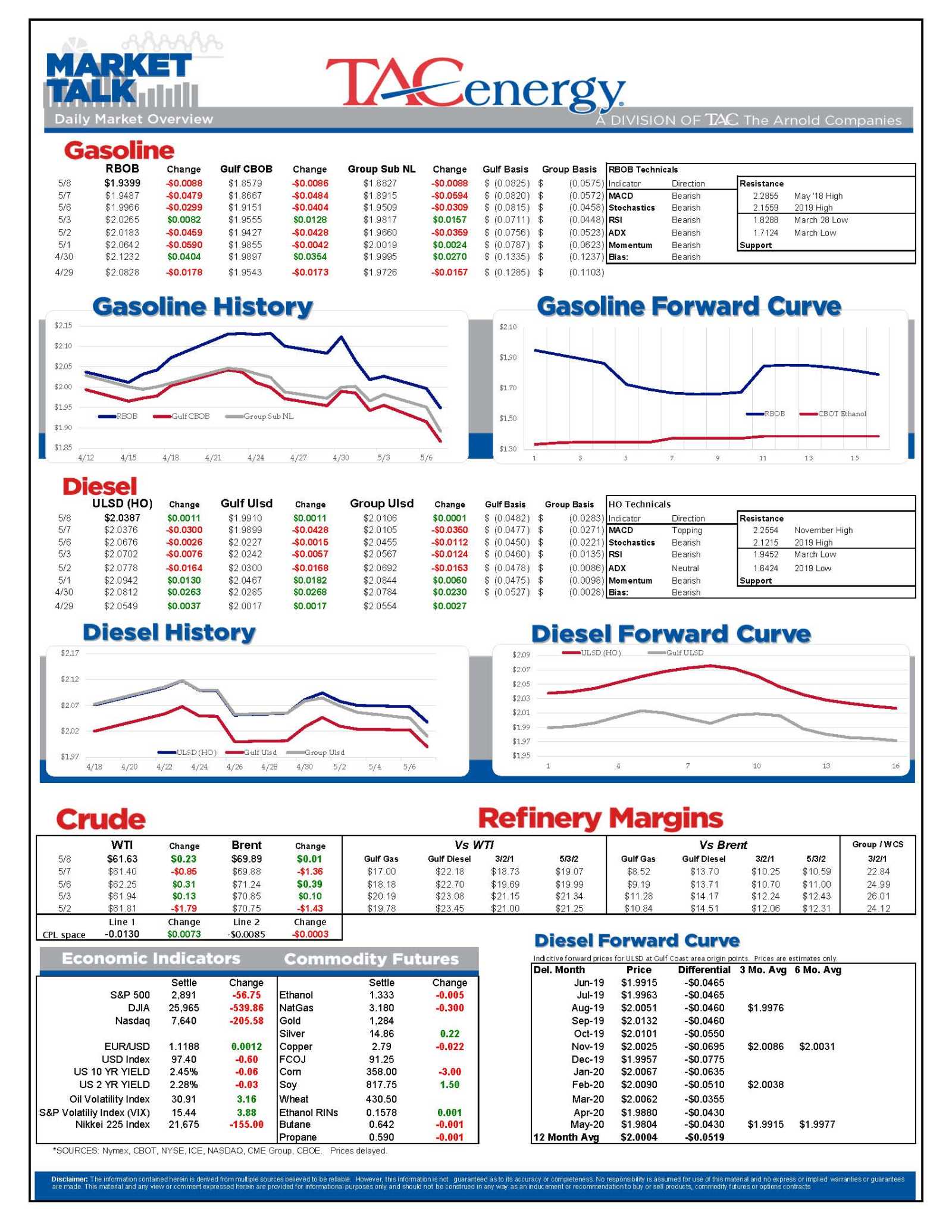 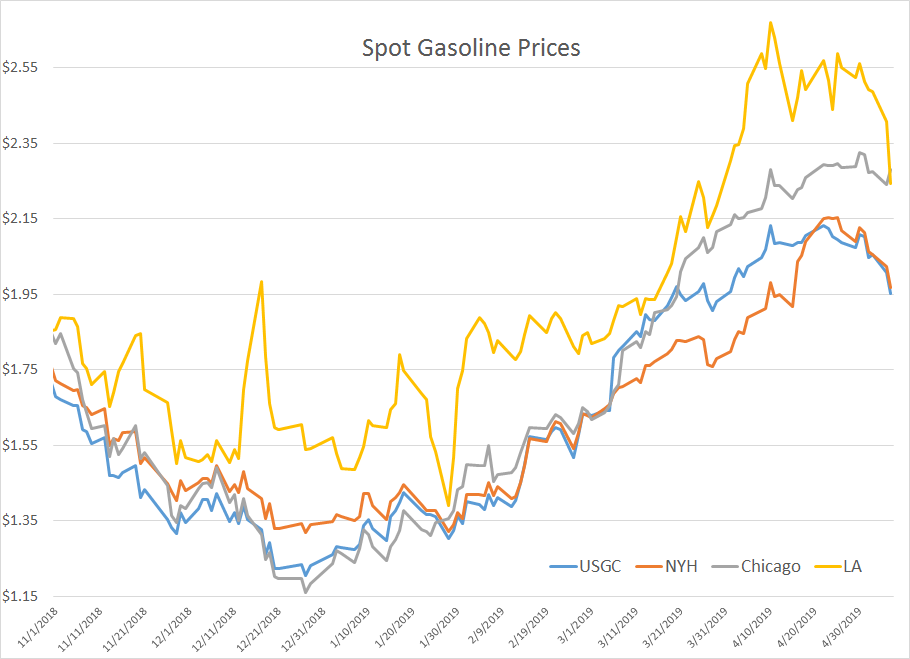 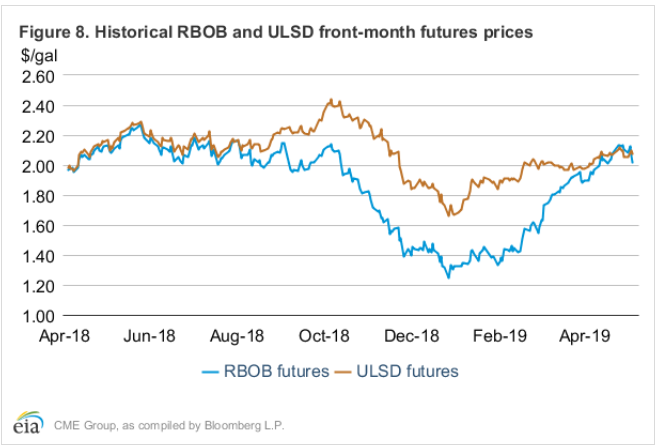