Energy futures are trading sideways to start Tuesday’s session as the tensions with Iran near the world’s most important waterway seem to have cooled for the time being. A new prime minister has been chosen in the U.K., and it seems like the markets may be taking a wait-and-see approach to how he’ll handle the Iranian seizure of a British ship last week.

RBOB gasoline futures are moving opposite of diesel and crude oil for a 2nd straight day, in what appears to be a bit of confusion over the PES bankruptcy, and whether or not the debtor in possession financing arrangement means the plant could reopen again at some point.

As the forward curve charts below show, futures markets remain primarily in a state of backwardation for most of the next several years, with near-term supply concerns fading compared to new capacity expectations and demand concerns. The notable exceptions are the contango in ULSD through year end – when the new IMO rules take effect – and WTI holding a small carry in the front few months as production holds near record highs.

As predicted, Chinese imports of Iranian crude have become the latest hot topic in trade talks, after a Chinese company was sanctioned for unauthorized purchases. It seems unlikely this will have an immediate impact on prices, but is a reminder of the simmering tensions with both countries.

The IEA published a note Monday detailing the emergency stockpiles of oil held by participating countries around the world that are “large enough to cover any disruptions in oil supply from the Strait of Hormuz for an extended period.” The agency also noted that global supplies are above average, which should help cushion the impact if shipping through the strait is disrupted.

The EIA meanwhile published a note this morning detailing how another key shipping bottleneck, the Suez Canal, has seen its activity shift in the past few years as the US and Russia become bigger players in the global petroleum markets. 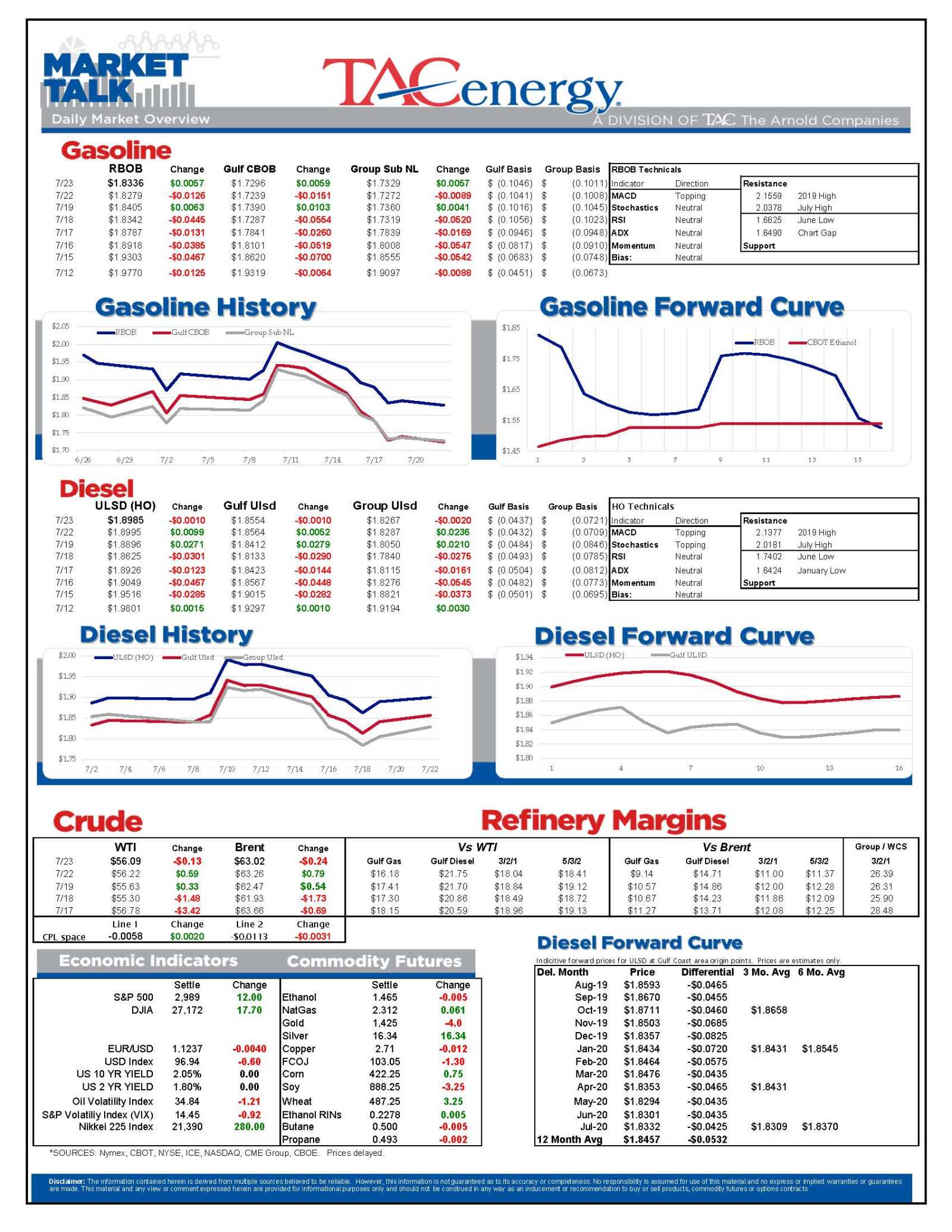 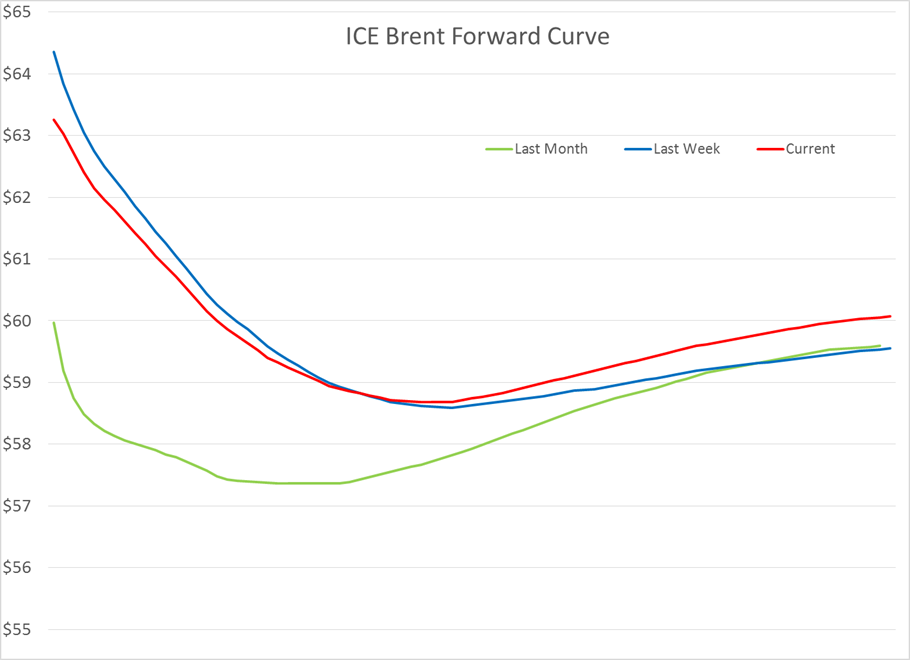