Energy futures are treading water to start Thursday’s trading with diesel and oil prices on the cusp of multi-month highs. So far buyers seem reluctant to keep pushing bids higher with warning signs for demand flashing around the country as shutdown orders continue to expand from coast to coast.

ULSD futures settled north of $1.26 for the first time in July, and are now threatening the $1.30 level that’s kept a lid on all rallies since March. If $1.30 breaks, next stop will be 1.38 which is where the diesel chart gapped during the price meltdown last spring when the first round of stay-at-home orders hammered prices.

It’s no coincidence this relative strength in diesel prices coincides with an improving supply/demand balance as yesterday’s DOE report showed total U.S. inventories returned to their five year seasonal range for the first time since April. The weekly demand estimate for diesel was actually slightly above the five year average for this time of year, and just 100,000 barrels/day below year-ago levels. Steeply backwardated diesel markets into December suggests that cash traders aren’t believing this strength can last through the holidays.

Basis values for distillates rallied in most regional markets Wednesday as the temporary tightness pushed up bids. Group 3 diffs were pushed to a multi-year high as inventories in the region reached a new eight year low. That rally was overshadowed by an even larger move by the notoriously volatile Chicago spot market, with rumors that the largest refiner in the area may soon be idling some units. The only cash markets not moving higher on the day were in Northern California and the PNW which had been trading at lofty premiums and started their seasonal return to reality.

While distillates are enjoy a resurgence, gasoline is staring at an ugly fundamental reality, as stocks look like they’ve started their annual build while demand faces the combination of the typical seasonal slowdown on top of a growing list of shutdown orders throughout the country. The DOE’s weekly gasoline demand estimate fell to a 22 week low last week, and evidence at the terminal level suggests we are likely to see more declines ahead. This diverging fundamental path for the two major refined products suggests refiners will be forced to make another shift in their production to favor distillates over gasoline, similar to what we saw in the spring.

Total refinery runs increased last week, led by a large move higher in the Gulf Coast. Ordinarily we’d expect refinery run rates to continue moving steadily higher through the end of the year, but with two shutdowns coming in November, and so much uncertainty surrounding demand this winter, it seems like we may be seeing U.S. run rates close to peaking until spring. 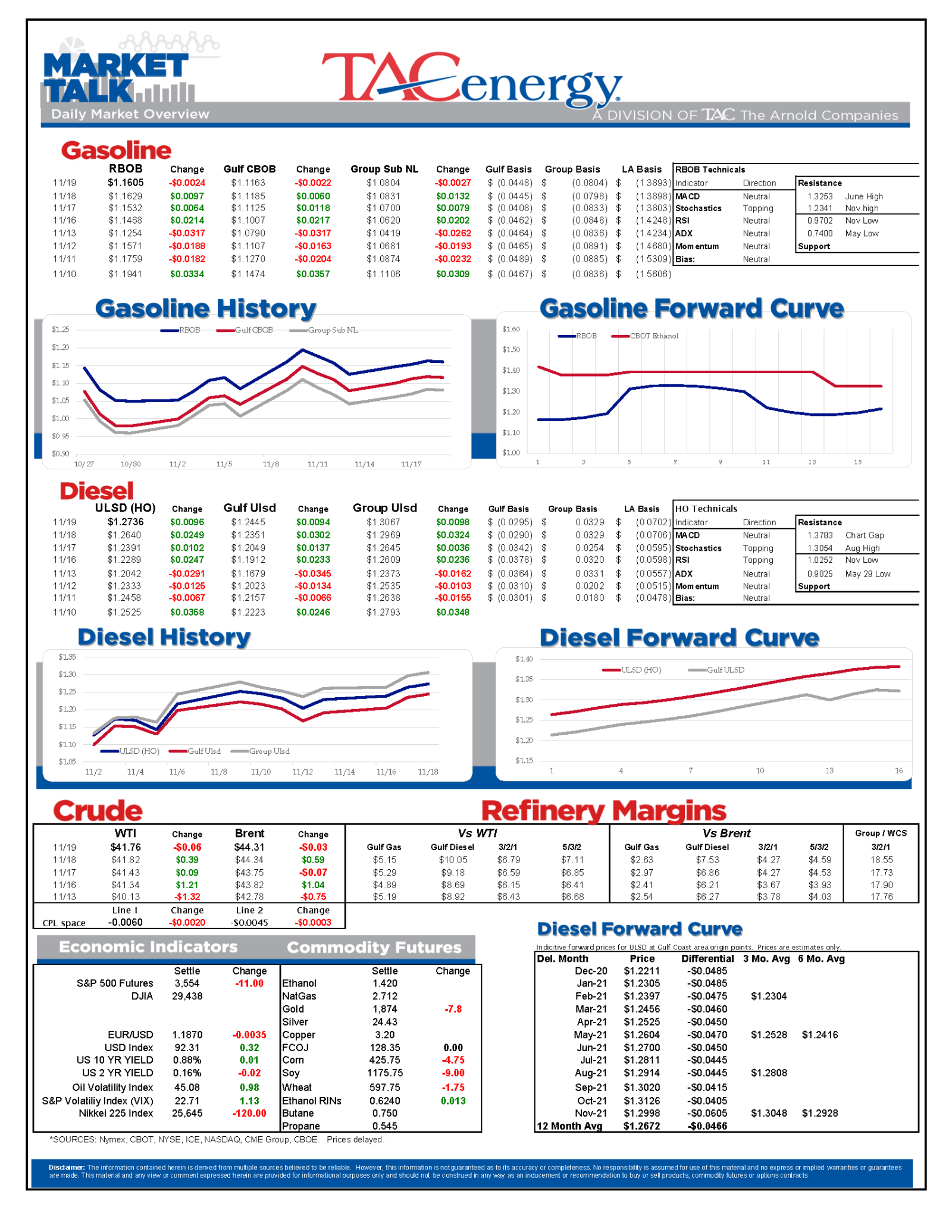 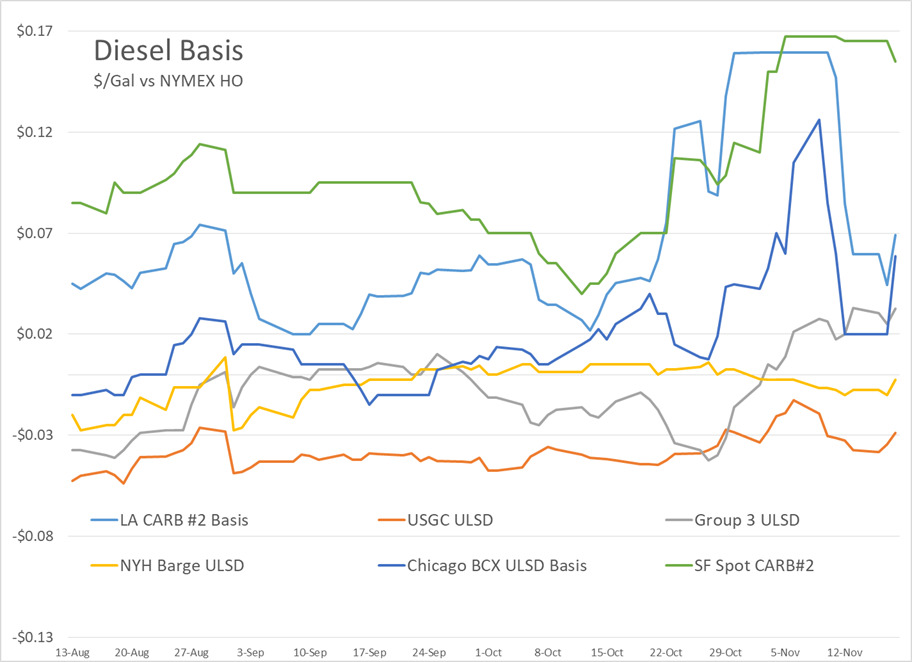 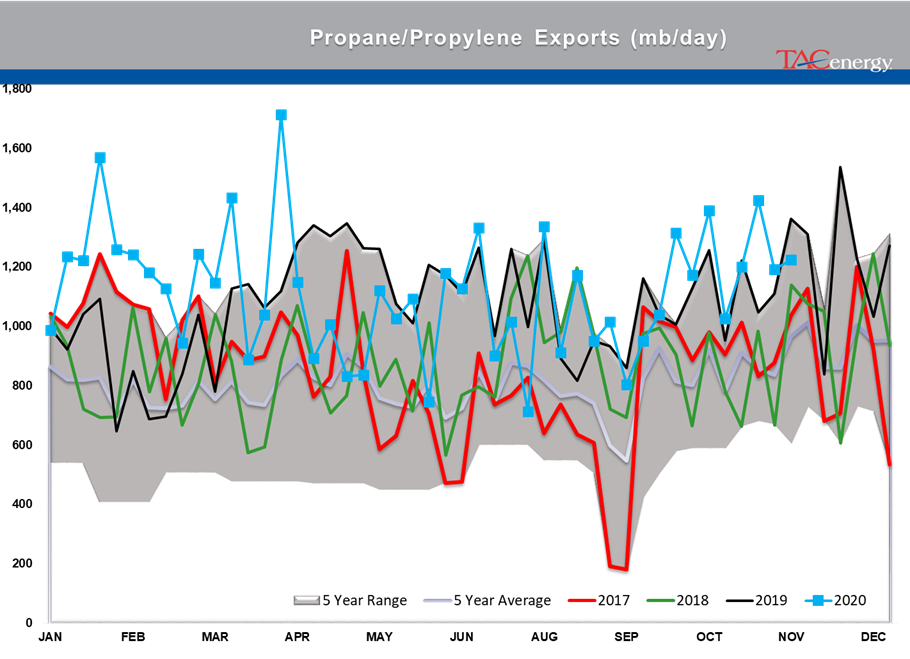