Energy futures were up almost 2% overnight as prices seem to have found a temporary floor after the post-Thanksgiving collapse. A drawdown in US crude oil stocks reported by the API late Tuesday is getting credit for the early rally, but refined product inventories built in that report and our outpacing WTI in the early move higher, suggesting this may be more of a technical move after the heavy selling of the past 3 sessions than anything fundamental. The DOE’s weekly status report is due out at its normal time this morning.

Nobody knows what OPEC and their friends will announce later this week, but plenty of people keep guessing, in the energy market’s equivalent to how equities over-analyze every speech given by FED governors ahead of an FOMC meeting. As always, the conflicting agendas of the cartel’s membership will keep things from being predictable. With US drilling activity slowing, it will be interesting to see if the cartel chooses to wait a while longer before trying to prop up prices more in an effort to flush out more of the competition, or if the Saudi’s will focus more on supporting the Aramco IPO.

In the same vein of diverse speculation, phase one of a trade deal between US and China is now reported to be scheduled for completion before the tariff deadline set for December 15th. This comes just hours after the White House warns a trade deal might not get done before next November.

While the trading range that energy prices have been stuck in for most of the year makes for dull commentary, a WSJ note argues this lack of excitement has numerous benefits for the global economy. To summarize, these range-bound prices are good enough to keep producers in business without being high enough to damage demand. 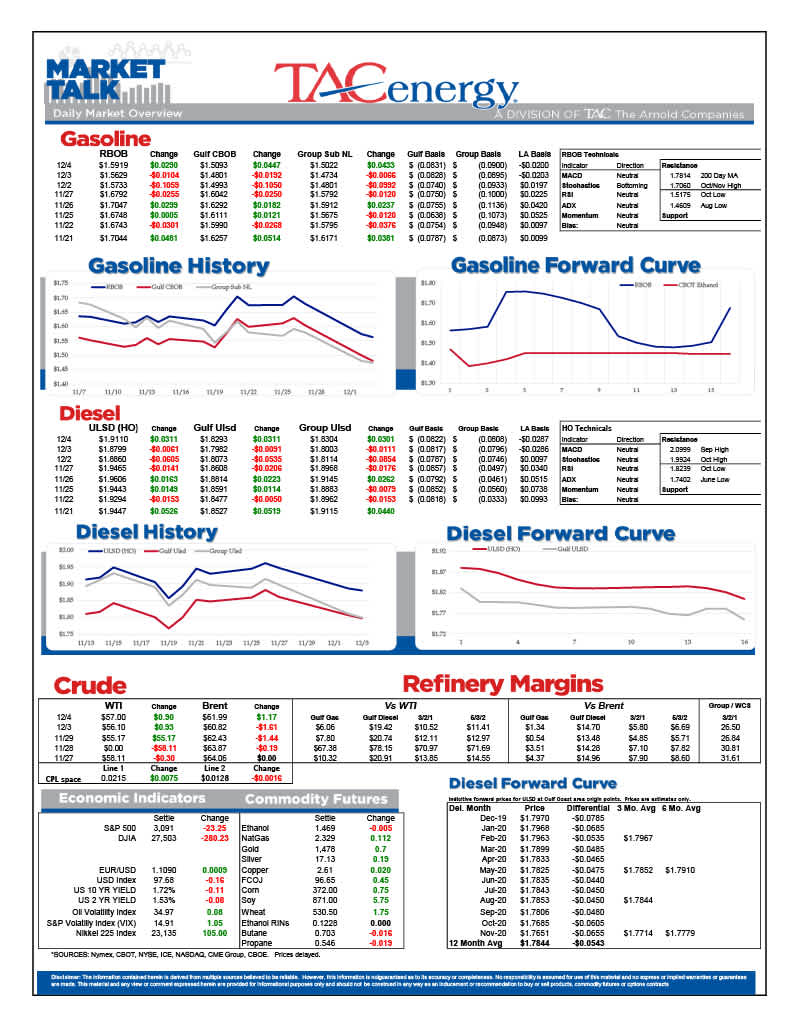