After starting yesterday on a strong positive note, energy futures weakened into Tuesday’s settlement on news that the Trump administration has asked for John Bolton’s resignation, a move that is expected to be beneficial for tensions in the Middle East. The former National Security Advisor had a reputation of taking a hard stance on Iran and its oil exports. WTI futures ended the day down about 50 cents per barrel while prompt month gas and diesel contracts held on in positive territory, each showing about half a cent in gains.

Buying quickly resumed later that afternoon after the American Petroleum Institute published its weekly inventory report, showing a 7.2 million barrel draw in US crude oil inventories, bringing the net change in stockpile levels for 2019 around -26 million barrels, according to the Institute. Prices are up slightly this morning, somewhat confident the drawdown in stocks is accurate, but traders will likely wait until confirmation of the draw’s magnitude by the DOE’s report, due out at 9:30AM CDT this morning.

The EIA published their monthly Short Term Energy Outlook yesterday with a somewhat neutral forecast of things to come in 2019 and 2020. While fuel consumption growth is projected to weaken for the rest of 2019, they anticipate it will bounce back in 2020 due to global economic expansion. The Administration also anticipates US oil production growth to slow between this year and next, citing relatively flat oil prices as the main driver. It will be interesting to see if renewed efforts by OPEC to avoid a further global surplus of oil will have a tangible effect on prices and likewise US production levels.

Tropical Disturbance 1 which is currently just Southeast of the Bahamas now has a 40-60% chance of cyclonic development over the next 5 days as it moves into the Gulf of Mexico. While prompt attention will likely be paid to the closest threat to the American mainland, two more areas to watch are creeping West across the Atlantic as well, making for a very busy September. 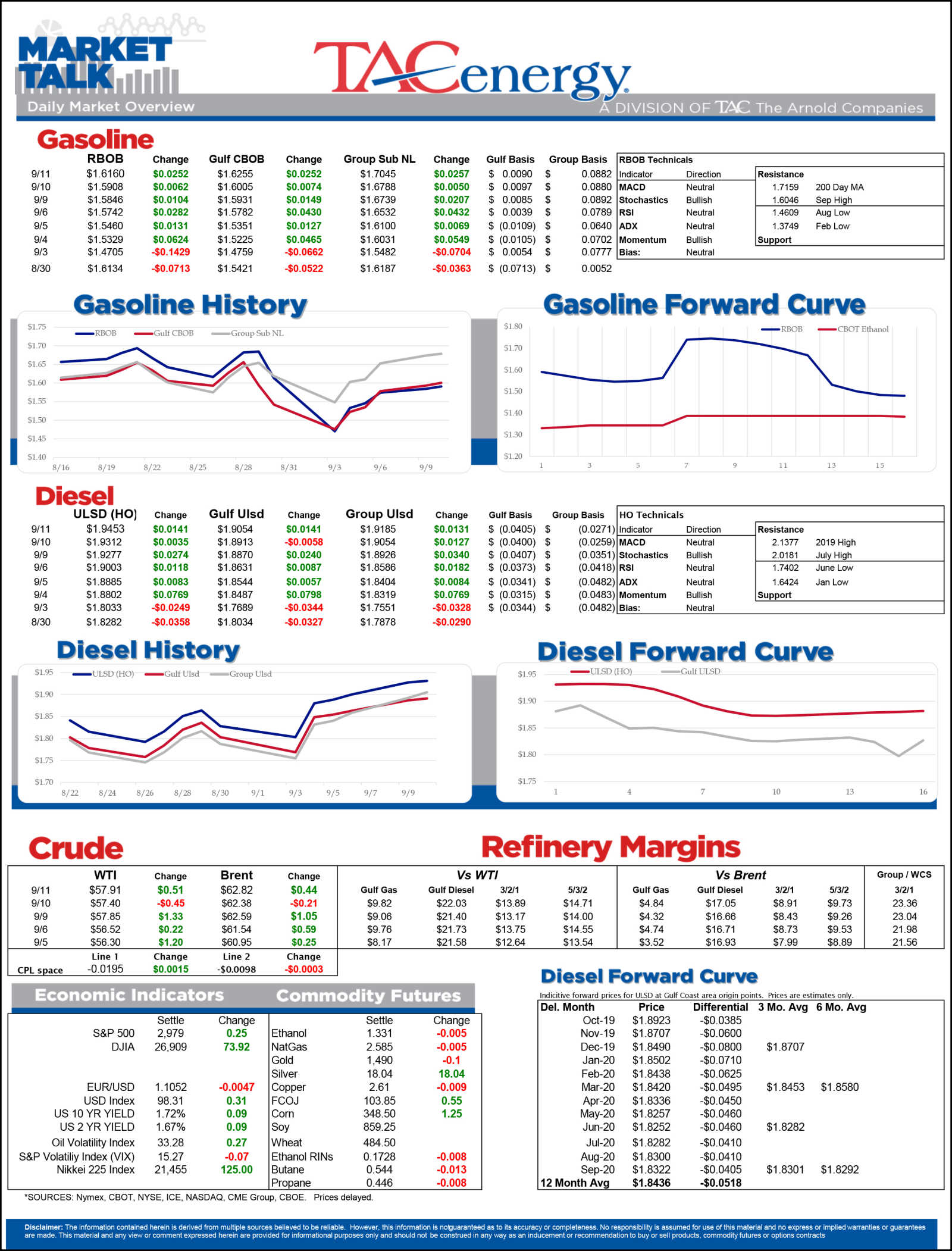 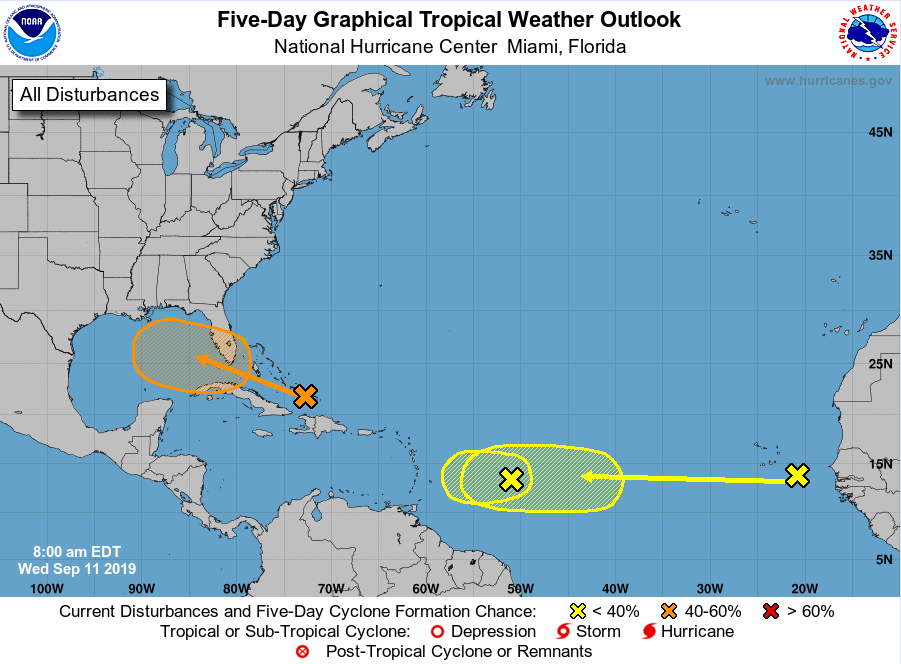