Early Friday afternoon it appeared that energy futures were going to settle lower for a 5th straight day, despite the ongoing tensions with Iran and the world’s most important shipping lane. Then news broke that Iran had seized two British tankers and an immediate rally pushed prices higher for the day and that buying continued when trading resumed Sunday night.

What we know now is that one tanker is still being held by Iran while the British and US weigh their options. There has been no further escalation yet, although Iran has claimed to have detained and executed some US spies (which is an occasional claim made by their regime) which may explain why the gains so far are relatively muted.

In addition to the daily dose of drama from the Strait of Hormuz, Libya was forced to shut its largest oil field over the weekend after a pipeline was sabotaged. That line and field have resumed operations as of this morning.

Baker Hughes reported a 3rd consecutive week of reductions in the active oil rig count last week. The US total dropped to a fresh 17 month low of 779, even though reports suggest US shale drillers are benefiting from the turmoil in the Middle East.

Money managers are jumping back in to bet on higher oil prices, with both Brent and WTI seeing large increases in net-length last week. The new money snapped a 9 week streak of decreases for speculative long bets on Brent crude, and could provide the catalyst for the next technical break to the upside if hedge funds and other large speculators continue to bet that the Middle East tensions will eventually reach a boiling point.

PES filed bankruptcy over the weekend – for the 2nd time in 2 years - a month after the explosion and fire shut down its operations. While there have been local challenges in replacing the East Coast’s largest capacity refinery, so far the impact has not trickled down to other markets outside of Philadelphia as many were predicting a few weeks ago.

Today’s interesting read: Bloomberg is reporting that millions of barrels of Iranian crude are stacking up in Chinese ports, which could be next hot button item in either the trade or tanker wars. 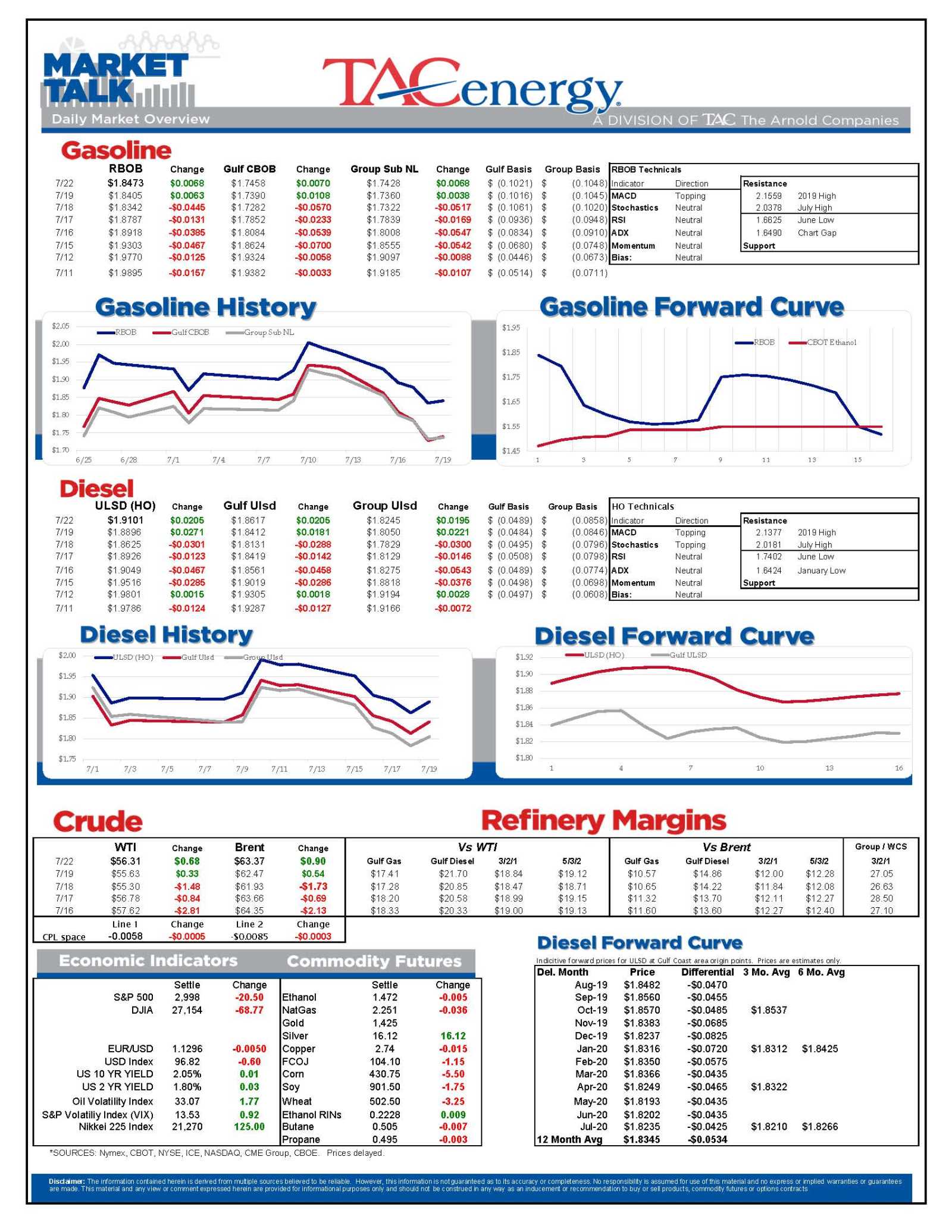 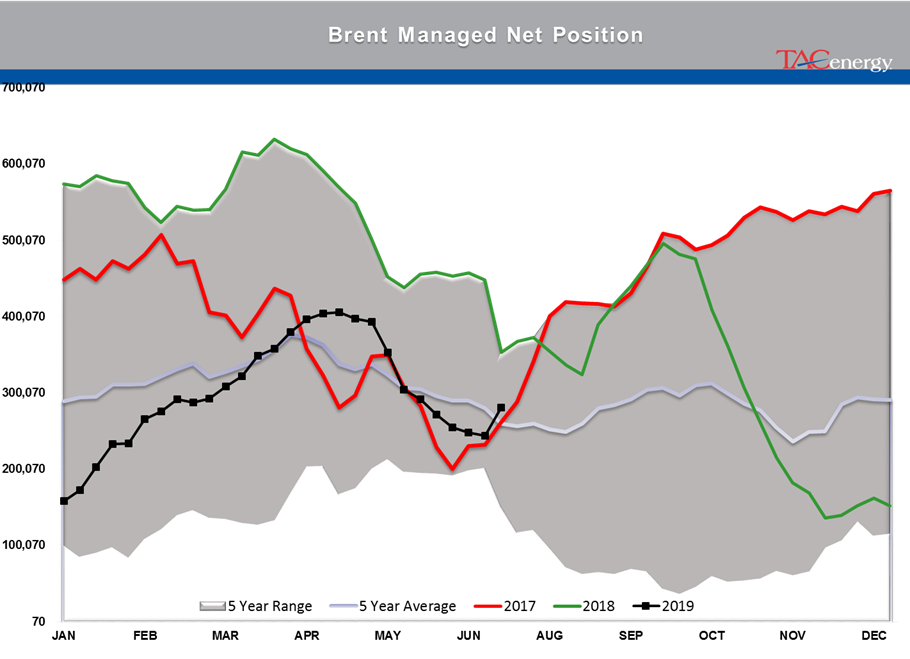 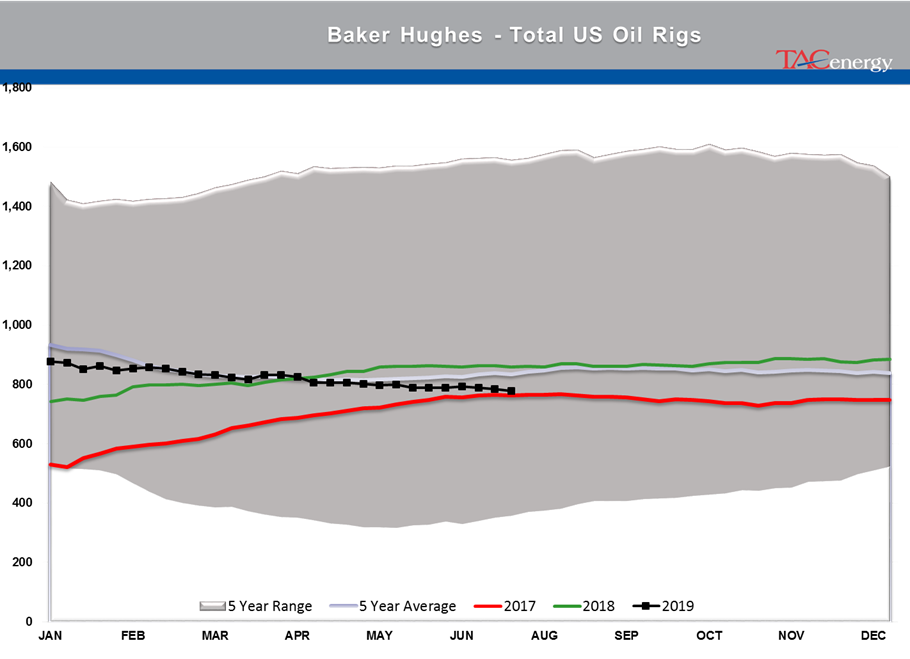