Energy Markets Are Starting The Week On A Quiet Note

Energy markets are starting the week on a quiet note as the market seems to be trying to figure out the latest geopolitical dramas like a Russian debt default, more sanctions (that could include a Russian oil price cap) and the restart of negotiations with Iran.

Hedge funds look like they may be throwing in the towel on the petroleum price rally, with money managers making large increases on short positions and reducing their long bets last week. The net length held by the large speculators in WTI dropped to a 2 year low last week, while open interest for the contract reached a 5 year low. While funds pulling out could help explain the price pullback we’ve seen in the back half of June, this change does also leave the complex susceptible to a sharp rally if these new short positions are forced to cover.

Activity in the tropics is increasing after a relatively quiet start to the Atlantic hurricane season. The NHC is tracking 3 potential storm systems this week, and gives high odds that Bonnie will be named in the next few days. The good news for refining country is that storm looks like it will stay well south of the Gulf of Mexico. Another potential system is being tracked off the Texas coast, but so far it’s given low odds of becoming much more than a rain maker that would be welcomed by drought stricken areas.

Baker Hughes reported 10 more oil rigs and 3 more natural gas rigs were put to work in the US last week. That increase brings the oil rig count to a fresh 2 year high but there are still 99 more rigs to add before the total reaches its pre-pandemic levels.

If you’re still wondering why it’s taking so long for oil production to ramp up with prices north of $100, read the Dallas FED’s Energy Survey that was released last week. The report shows that while production activity is at a 6 year high, costs and lead time for materials are both reaching records as supply chain bottlenecks continue to disrupt operations. While supply chain issues are slowing the pace of production, a FT article notes that the US may be the ultimate winner of the energy war. 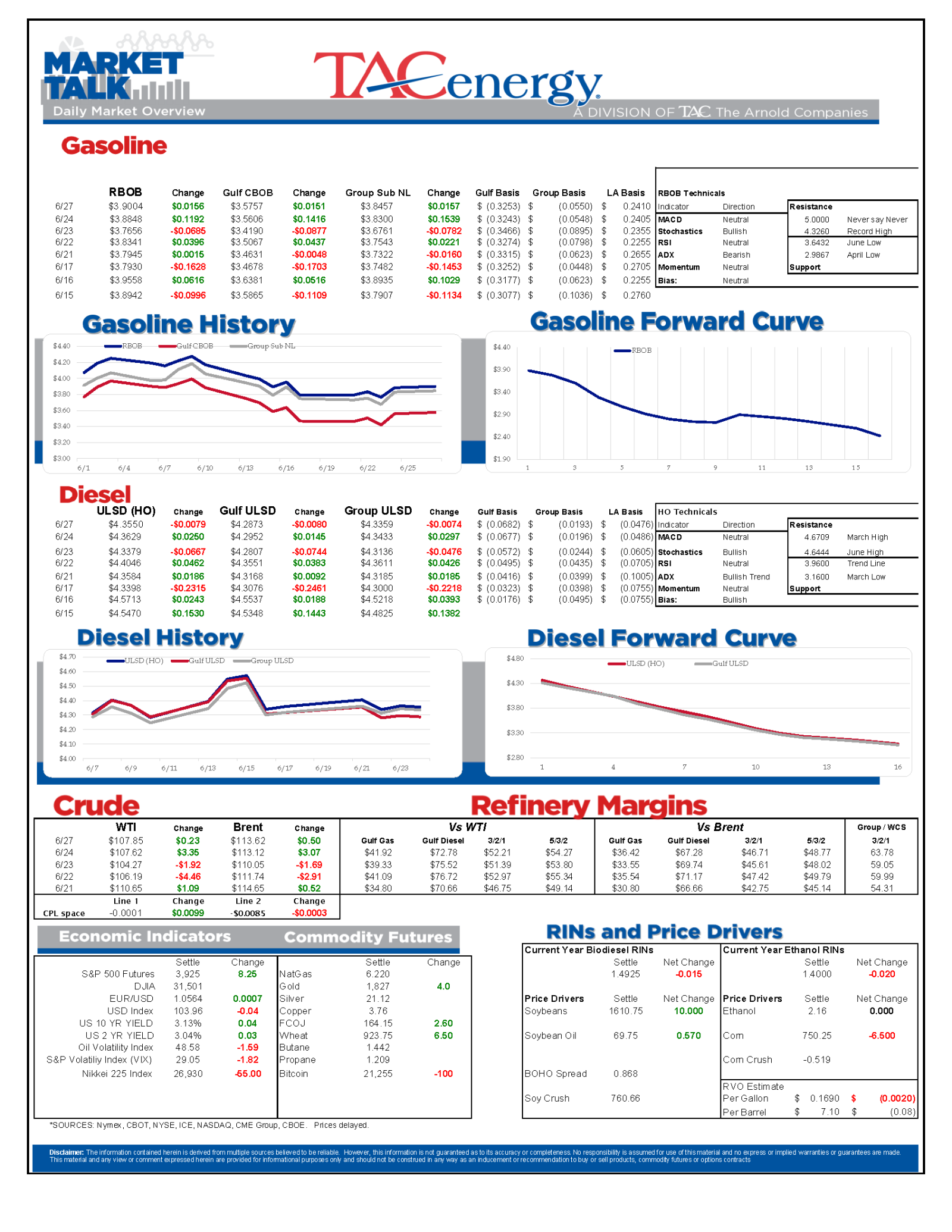 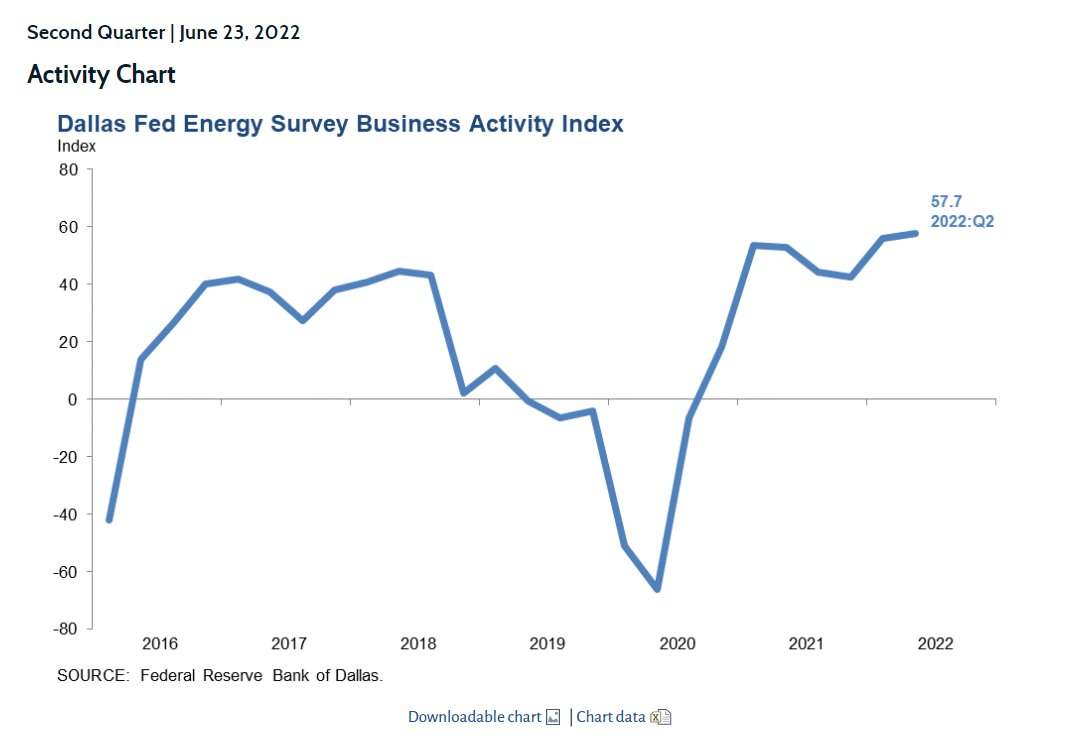