Energy Markets Dig In Heels After Brutal May

Energy markets are attempting to dig in their heels after a brutal May that knocked 12-16% off of prices. Overnight it appeared that the May sell-off would carry over through June as oil futures were down $1.5 and refined products were down another 3+ cents, but they managed to find a bottom around 3am and have been rising steadily since. The rebound coincided with comments from the Saudi energy minister pledging to draw down global inventories from elevated levels.

With most of the year’s gains wiped out in the past 2 weeks, there is little doubt that the 2019 bull market for energy prices has come to an end. The big question now is whether a new bear market is just beginning, or if we’ll enter another extended period of sideways trading. The first test in determining that looks to be chart support near the overnight lows at $60 for Brent & $52 for WTI, while RBOB faces a good test at its March lows of $1.71, and ULSD looks like it has room to fall all the way to its January lows of $1.64.

The 2019 Atlantic Hurricane season officially started on Saturday, and already there’s a storm system in the Gulf of Mexico that has a chance at becoming a named storm heading towards the Texas coast this week. Currently the National Hurricane Center is giving this storm a 60% chance of development (it will be named Barry if it reaches storm status) and while it may not have enough time over the water to develop into anything major, there’s a decent chance this storm will bring more flooding rains to a swath of TX, AR and LA that are already fighting high water levels.

The latest COT data (collected as of Tuesday May 28) shows that the liquidation in the managed money category picked up in earnest, with WTI, Brent and RBOB all seeing their largest weekly reductions in net-length of the year, while ULSD contracts fell back into a net-short position. Based on the price drops we saw in the back half of last week, it seems likely we could see an even larger reduction in speculative bets on higher prices in this week’s COT report.

Baker Hughes reported an increase of 3 oil rigs drilling in the US last week, with the total count regaining the 800 rig mark after dipping below that level last week for the first time since March 2018. 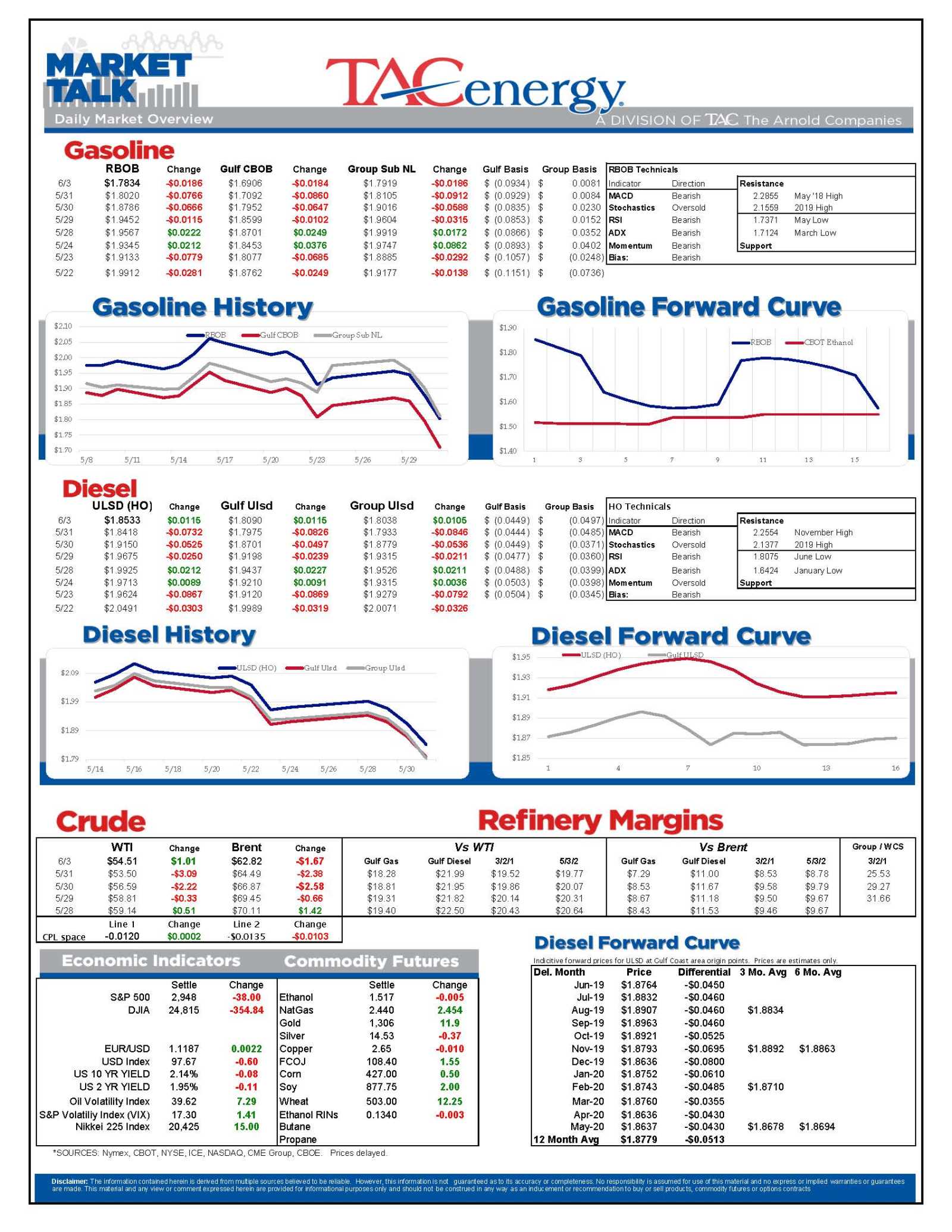 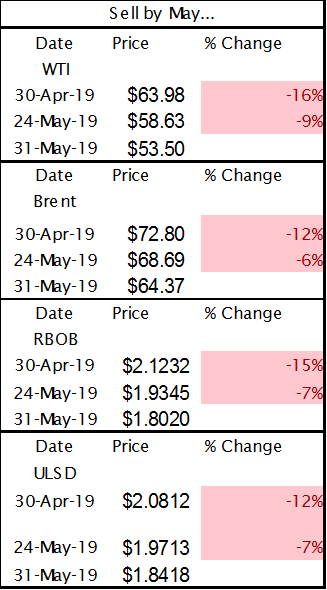 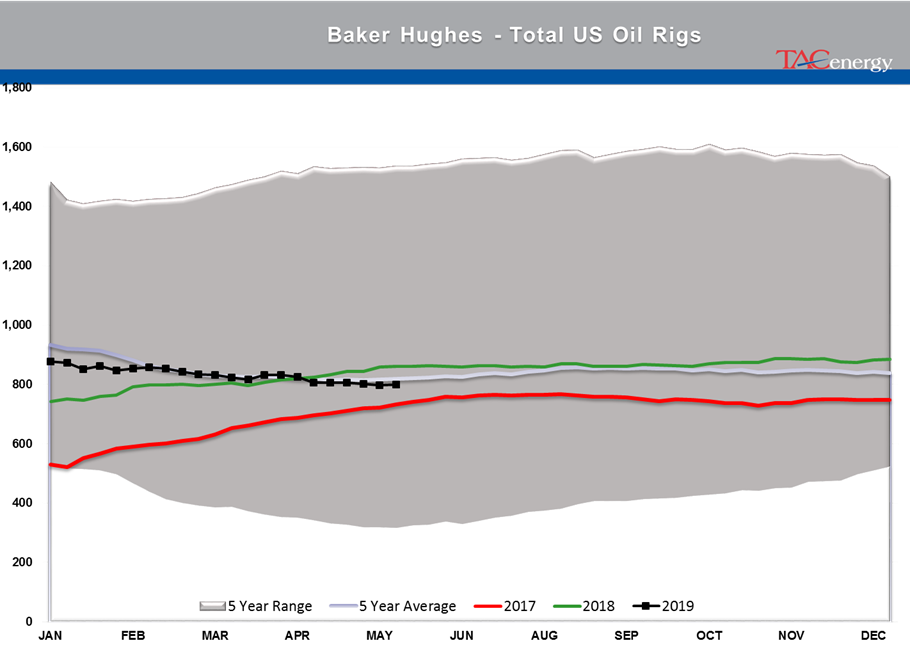