The back and forth action continues as energy markets try to digest the monthly data deluge of inventory reports from the alphabet soup of global energy agencies. Prices were moving lower overnight, wiping out Tuesday’s modest gains, but have recovered in the past hour and most contracts are now clinging to small gains on the day.

While futures continue to chop back and forth in their sideways range, cash markets are flashing warning signals as basis values – particularly for gasoline – are sliding now that the latest hurricane threat is behind us and most refineries appear to have escaped once again with minimal impact. Those weaker basis values have spot gasoline prices threatening the lower end of their trading range, and suggest it’s likely we’ll see some spot markets below $1/gallon in the near future. Diesel basis values have also been slipping lately, even as Midwestern states reach peak harvest demand, but diesel prices will still have more room to drop before threatening the bottom end of their range.

OPEC’s monthly oil market report was highlighted by a drop in production from the cartel, as the UAE finally came around to making up for its overproduction earlier in the year and slashed its output. The ¼ million barrel/day reduction was enough to offset gains from Libya, Iran, Iraq and Angola. The report painted a cautious outlook on demand as COVID cases are rising rapidly around the world as cooler weather forces people indoors, and highlights numerous challenges for refiners in the months ahead.

The IEA’s monthly oil market report was headlined “a moving target” as the spike in case counts threatens the global economic recovery. While the official projections remained relatively the same as last month, the report also suggests that refiners are in for more tough times ahead as the rapid increase in run rates this summer outkicked its coverage, forcing margins sharply lower in the fall, and the winter looking like it could be worse.

The EIA’s monthly drilling productivity report forecasts a drop in oil output from the major U.S. shale plays in November, following several months of recovery. The report also highlighted that there are still more than 7,500 drilled but uncompleted (DUC) wells across the major shale basins, which will take years to work through at the current rate, and provide a cushion to the U.S. supply network if demand picks up faster than drillers can keep up, which seems to be a quaint idea at this point in time.

The EIA also published a look at international electricity markets this morning, projecting the growth in demand driven by developing nations in the next 30 years, while renewable options like wind/solar and hydropower will be the driver of growth in supply.

The weekly inventory reports are delayed a day by the partial holiday formerly known as Columbus Day, so the API’s will be out this afternoon and the DOE’s tomorrow.

The lone disturbance in the Atlantic being tracked by the NHC has been reduced to just 10% odd of development over the next five days. 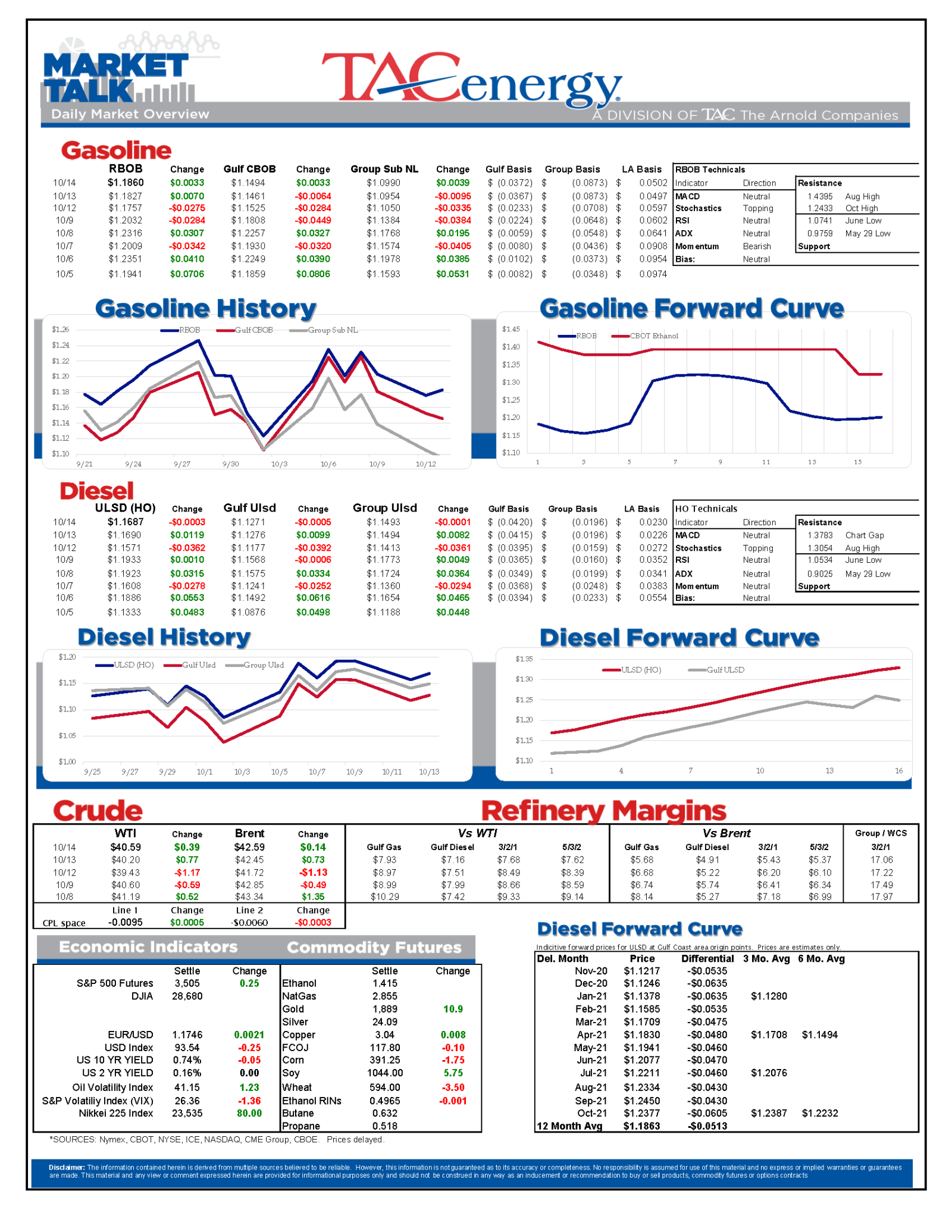 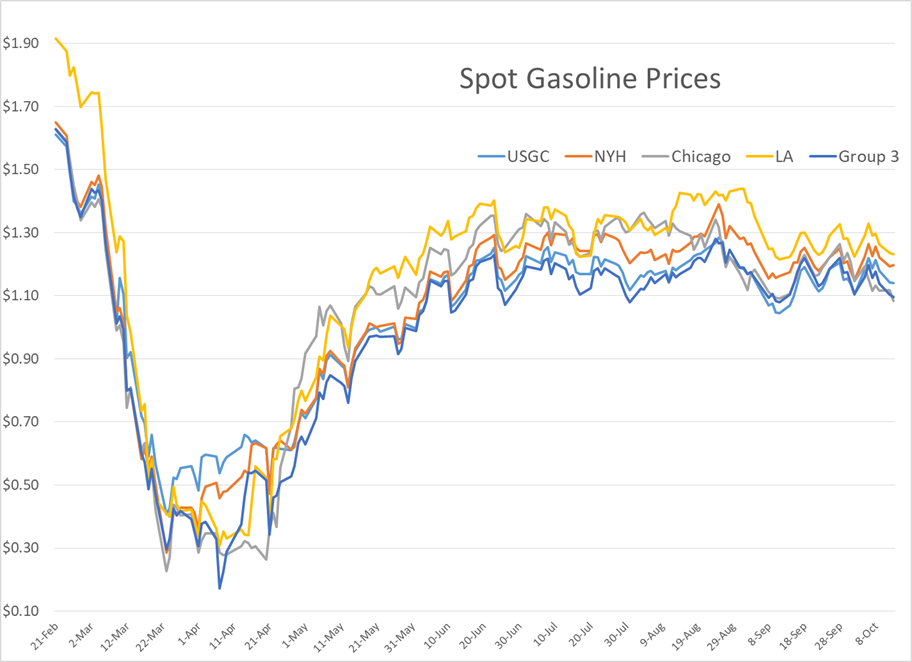