Energy markets are starting August trading with a thud, with crude prices down a dollar or more and products down 3-4 cents, as disappointment in the FED seems to be outweighing inventory draws reported by the DOE.

The FED did announce its first interest rate cut in a decade Wednesday, but financial markets threw a small tantrum that it was only 25 points, and perhaps more importantly that the FED chairman said this was not the first of many. That late selling in equities carried over into the energy arena as product prices dropped 1-2 cents post settlement, and that weakness carried through the overnight session. One other reason for concern in the FED’s rate cut: Look at the chart below and note that more often than not, when the FED starts cutting rates, there’s a recession in the not-too-distant future.

Dramatic video of an explosion at the Exxon Baytown refinery – the 3rd largest refinery in the US – had futures and cash markets rallying briefly Wednesday morning. When it was discovered the fire was contained to the chemical plant section of the refinery and that gasoline and diesel production may not be affected however, prices quickly settled back down.

US crude production bounced back by 900,000 barrels/day last week as rigs shuttered by Hurricane Barry came back online. The total is now just 100,000 barrels from the all-time high.

US petroleum demand estimates dipped on the week, but are holding above their seasonal range. The EIA also announced that electricity demand had reached a two year high this week as a heat wave swept across the US, which could bring some much-needed incremental diesel demand to supplement traditional power generation sources.

A big deal was announced Wednesday when the UK’s EG Group announced its planned acquisition of Cumberland Farms’ C-Store Chain, after buying Kroger’s C-Stores last year. An interesting side note to this story, the British pound has been plunging recently, largely due to Brexit concerns, which means the actual purchase price for the acquirers may be rising rapidly even though the dollar amount isn’t changing.

Two storm systems continue to churn in the Atlantic. The first still looks like a non-event, but the second is now given a 70% chance of developing over the next 5 days. That system – known for now as 96-L – will need to be watched over the next week as there is a window in which it could be steered towards the US. 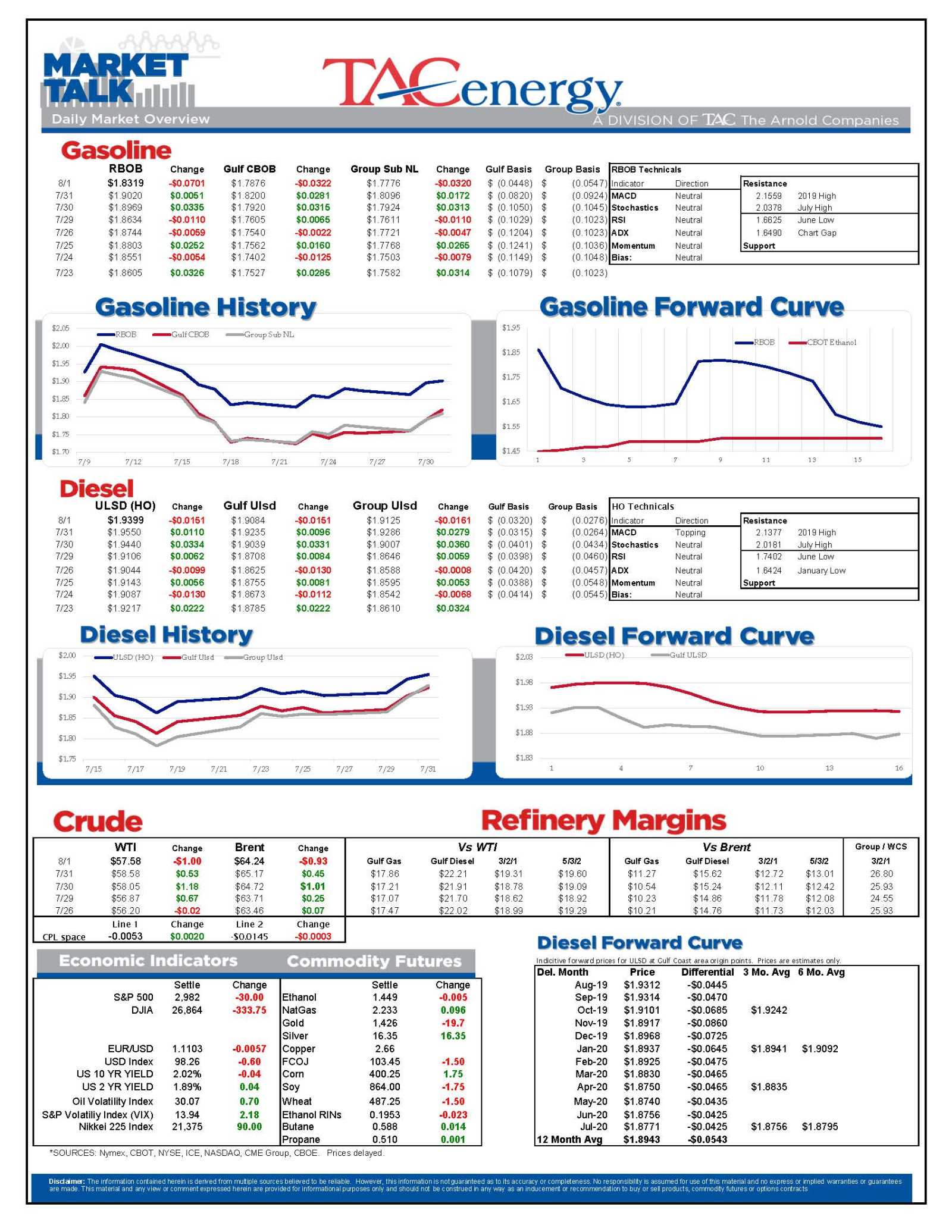 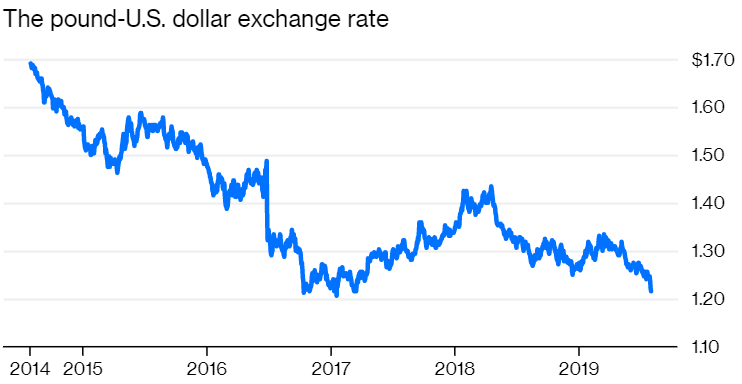 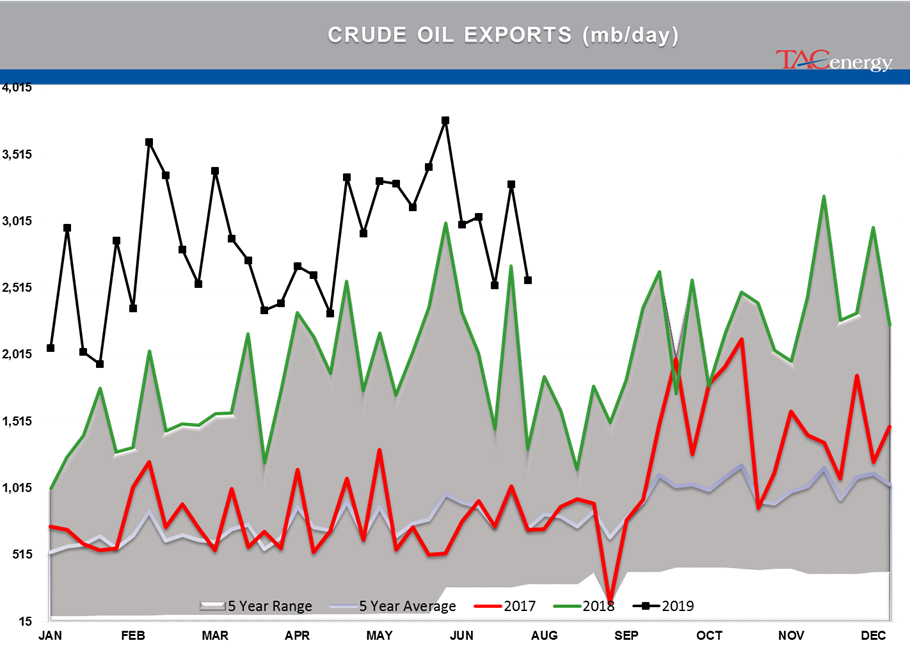