A New Read On Inflation, That Continues To Hold Near 40 Year Highs Sparked A Wave Of Heavy Selling Pressure

Energy markets were trading higher for a 2nd day, moving the complex further away the technical support that threatened an end to the 2 month rally on Monday.

A new read on inflation, that continues to hold near 40 year highs looks like it sparked a wave of heavy selling pressure into the complex shortly after 8am central, knocking refined products 3-4 cents below their overnight highs, which should make for some volatile action to end the week.

OPEC increased its global demand estimates for the year, and lowered its supply estimates as the end of Omicron and a tick up in industrial activity are expected to drive consumption while supply networks will need longer to sort through their logistical bottlenecks. The cartel’s oil production continued to increase, but at a slower pace than had been forecast as declines in Venezuela, Libya and Iraq offset the increases from Saudi Arabia, Nigeria and the UAE.

Cause & Effect: While the weekly moves in the DOE report weren’t particularly notable, the historical perspective makes a strong argument for the strong prices we’re seeing in several markets.

US Crude oil inventories reached a 3.5 year low last week, and production continues to be slow to return, both of which seem to be aiding the move back above $90 for WTI this morning.

Gasoline inventories made their first decline in 6 weeks as demand surged ahead of the winter storm. If in fact gasoline stocks are making the turn from winter build to spring drawdown, they’re doing so from a much lower level than the past few years, and with refining capacity much lower than it was pre COVID shutdowns, the early draw puts the supply network at risk of more challenges as we approach the driving season.

Want to see why Midwestern diesel prices have been trading 20 cents or more below their coastal counterparts? Take a look at the diesel inventory charts below where PADD 2 is the only region in the country with stocks that aren’t below their 5-year seasonal range. Midwest refiners are contributing to the excess, with run rates well above their seasonal norms, and 10% above last year’s rates.

This coming week marks the 1 year anniversary since the biggest disruption in refinery runs on record, and while we did see a handful of refinery shutdowns from last week’s storm, the impact will pale in comparison to the dramatic drops you can see on the refinery run charts below. 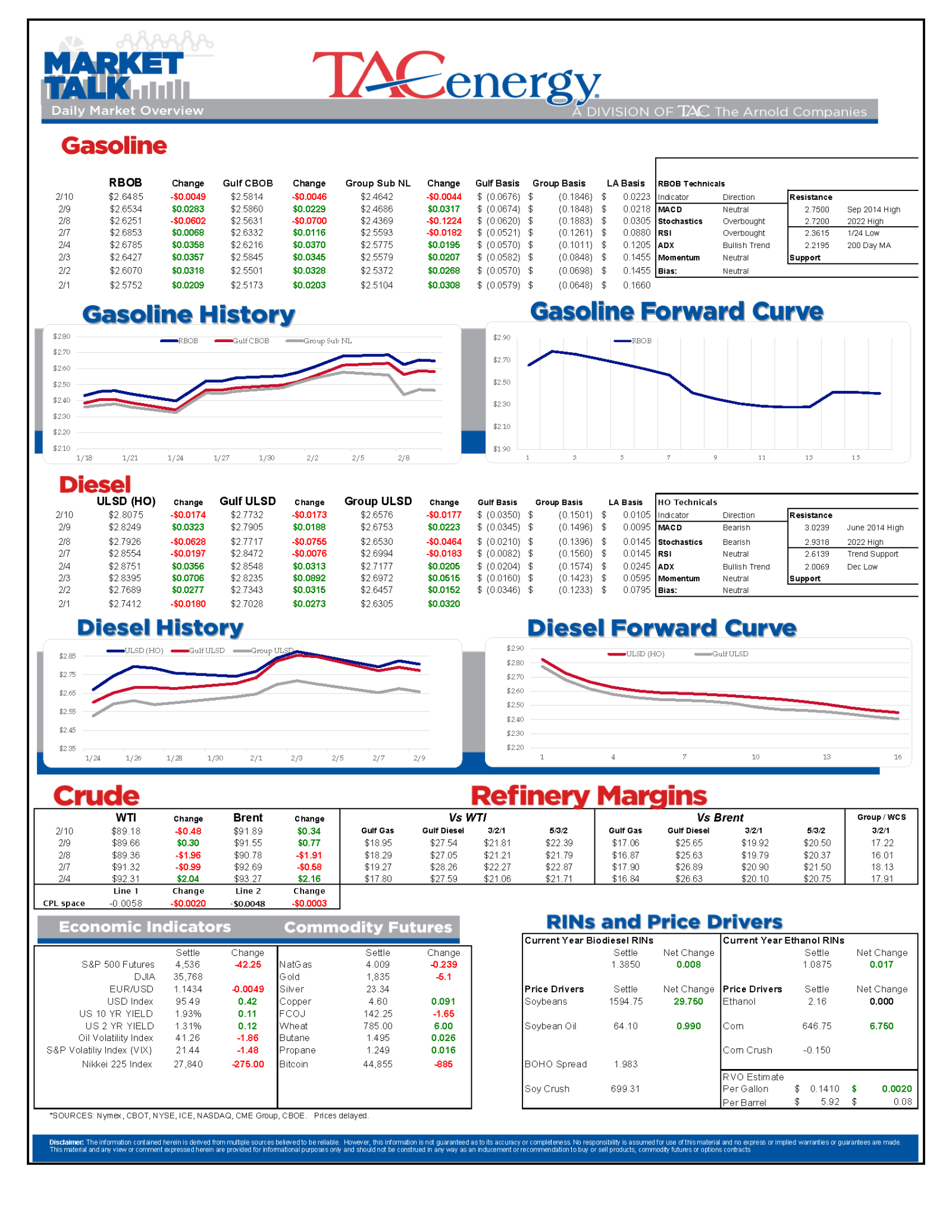