The weekly inventory report published by the Department of Energy yesterday helped temper Wednesday’s selling enthusiasm by undercutting the anticipated crude oil stockpile build, a precedent set by the API late Tuesday, and showing drawdowns in refined product stocks by 1.5-2 million barrels each. However, recession fears surrounding the US economy and further hostile comments out of China regarding tariffs kept the downward pressure on energy and equity prices, forcing refined product prices largely lower for the day. Gasoline futures lead the complex taking a 6 cent hair cut while lagged behind losing around 3.5 cents. European and American crude oil benchmarks fell in lockstep, both trading down 2.6%.

Despite Monday’s attempt by the White house to ease trade tensions among consumers ahead of the holiday season, China responded this morning stating the delay wasn’t enough to stave off retaliation. The news has sparked some additional selling this morning, pushing futures below where they started the week, wiping out Monday’s sizeable gains.

The recession signal triggered yesterday has since remedied itself for the time being, keeping further selling in equity markets at bay so far this morning. The 10/2 year yield rate is once again in positive territory after inverting yesterday morning for the first time since 2007. The worst may still be yet to come as data going back four decades indicates a recession typically follows a 10/2 inversion by about 2 years, on average.

Technical data has presented itself as a tricky read so far this month, with political and economic tensions whipsawing energy futures with the days’ headlines. RBOB seems to be on the precipice of a technical breakdown while sitting near 2019 lows. A break below some technical support showing up on the weekly chart would call for some heavy selling, resulting in the benchmark revisiting lows not seen since last winter. HO futures have a more tame outlook as they are set to test support about a dime lower. 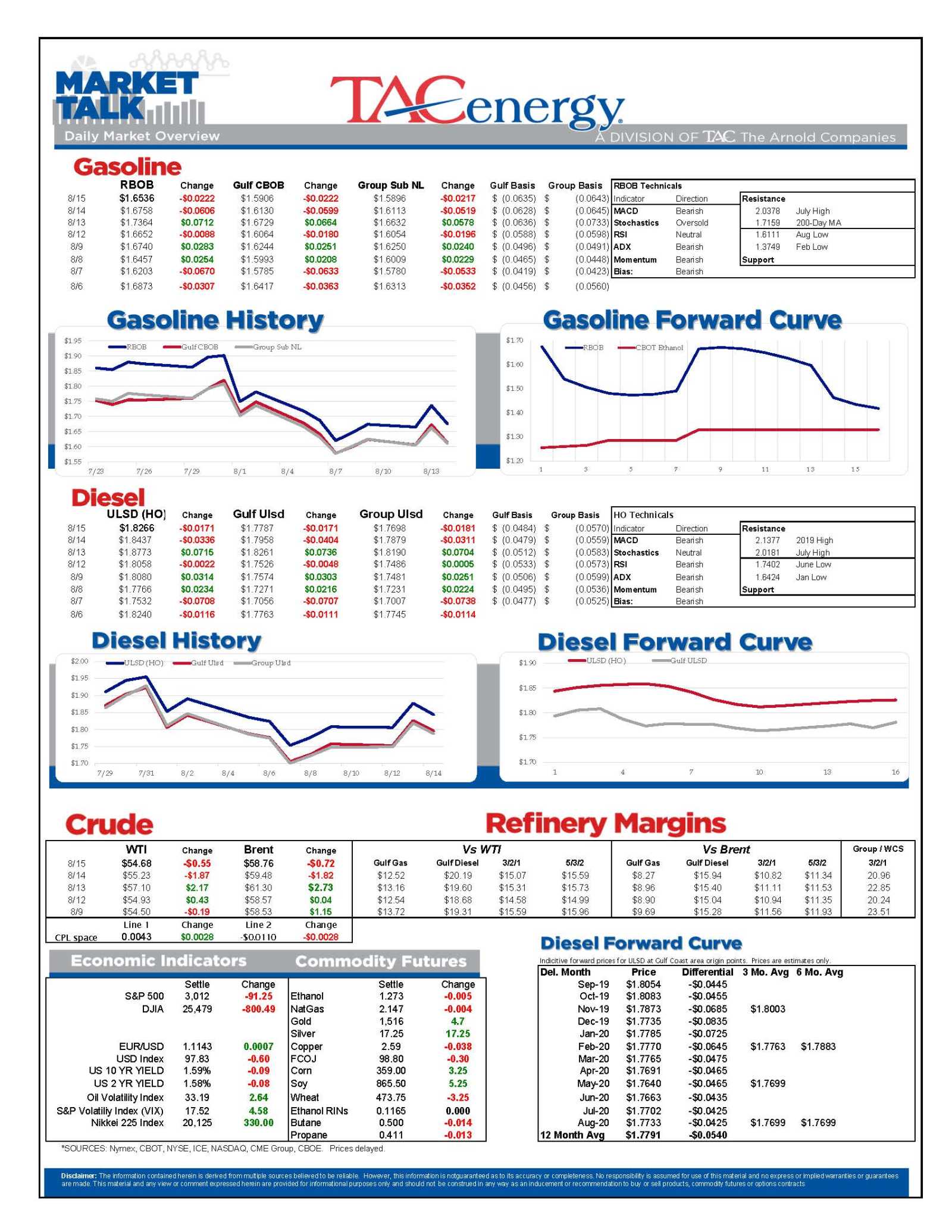 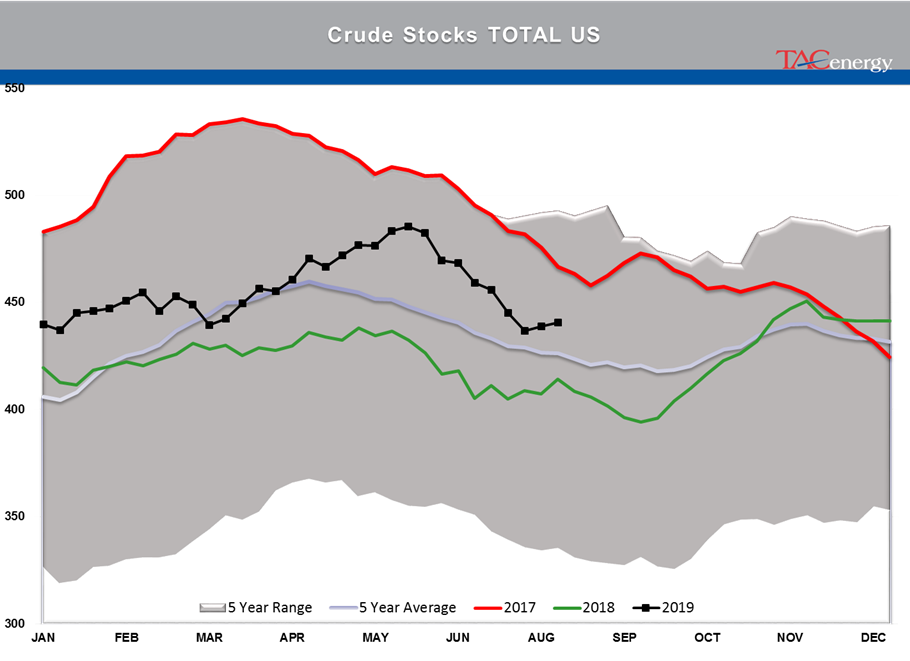 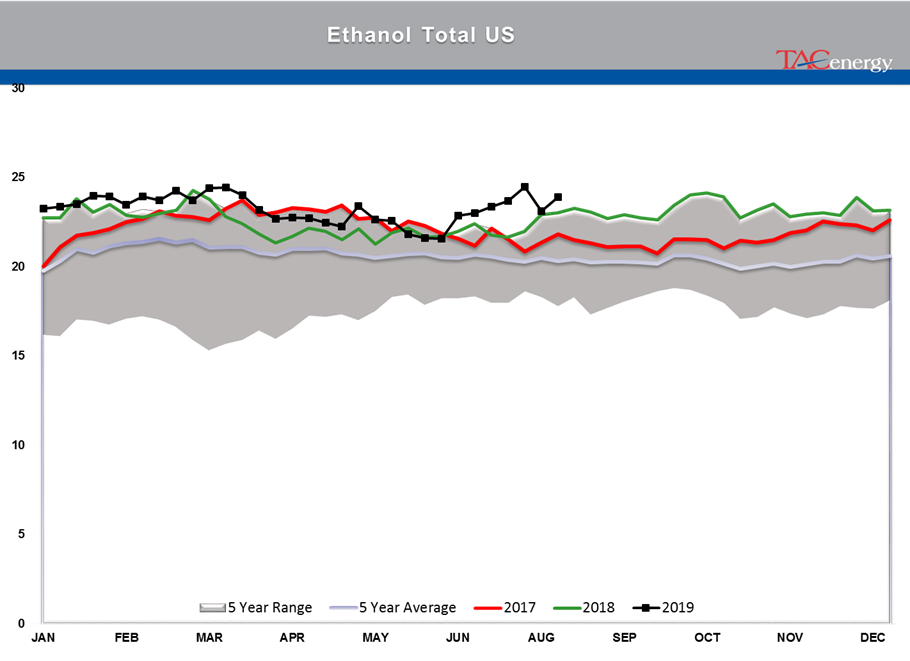