There’s been a battle of conflicting headlines this week as energy prices fight to find a bottom and extend a recovery rally for a 2nd day after reaching 4-month lows on Wednesday.

Russia and Saudi Arabia seem to be having a difficult time agreeing on what to do with their output cut agreement. The Saudis seem to think a deal to extend the cuts will be made (which is getting credit for the bounce in prices) while others are saying Russia intends to increase its output once the current deal ends in June.

Speaking of conflicting stories, energy and equity markets got a sharp afternoon bounce Thursday on reports that the US would not be placing new tariffs on Mexican goods, only to give up some of those gains when the White House was reported to still be moving forward with the new taxes.

In addition to the bounce in futures, Gulf coast basis values were also finding a bid Thursday after Motiva reported an upset on an FCCU unit at its Port Arthur plant (the country’s largest refinery) a day after Exxon reported issues at its Baytown facility. It’s still not clear exactly what operational impacts those two events will have – or what part the storms in the region played in causing them – but to have 2 of the largest facilities have issues in 2 days should keep traders on edge for a while.

Bad news is good news? The May non-farm payroll report showed only 75,000 jobs added in the US (the 2nd worst monthly gain in the past 2 years) along with sharp reductions in both the March and April estimates. Treasury yield rates dipped immediately after the report as it seems the weak economic news gives the FED another reason to cut interest rates. The question is whether that expectation for lower rates will boost equity & energy prices as it has in years past, or if this bad news will just be seen as another sign of an economy on the verge of recession sparking another flight to safety by investors.

We finally know more of the story with the 4 oil tankers sabotaged near a UAE port last month. Preliminary findings are that divers placed mines on the hulls of each ship. Both the US and Saudi Arabia are publicly blaming Iran for the attacks, while the other nations in the region aren’t placing official blame – apparently in hopes of reducing tensions in the world’s most valuable waterway.

It’s no secret that Texas produces more oil than any other state in the US, but did you know it’s also the highest wind-electricity producer as well? According to a new EIA report, the state has produced more than 25% of the country’s total wind-generated electricity over the past several years. 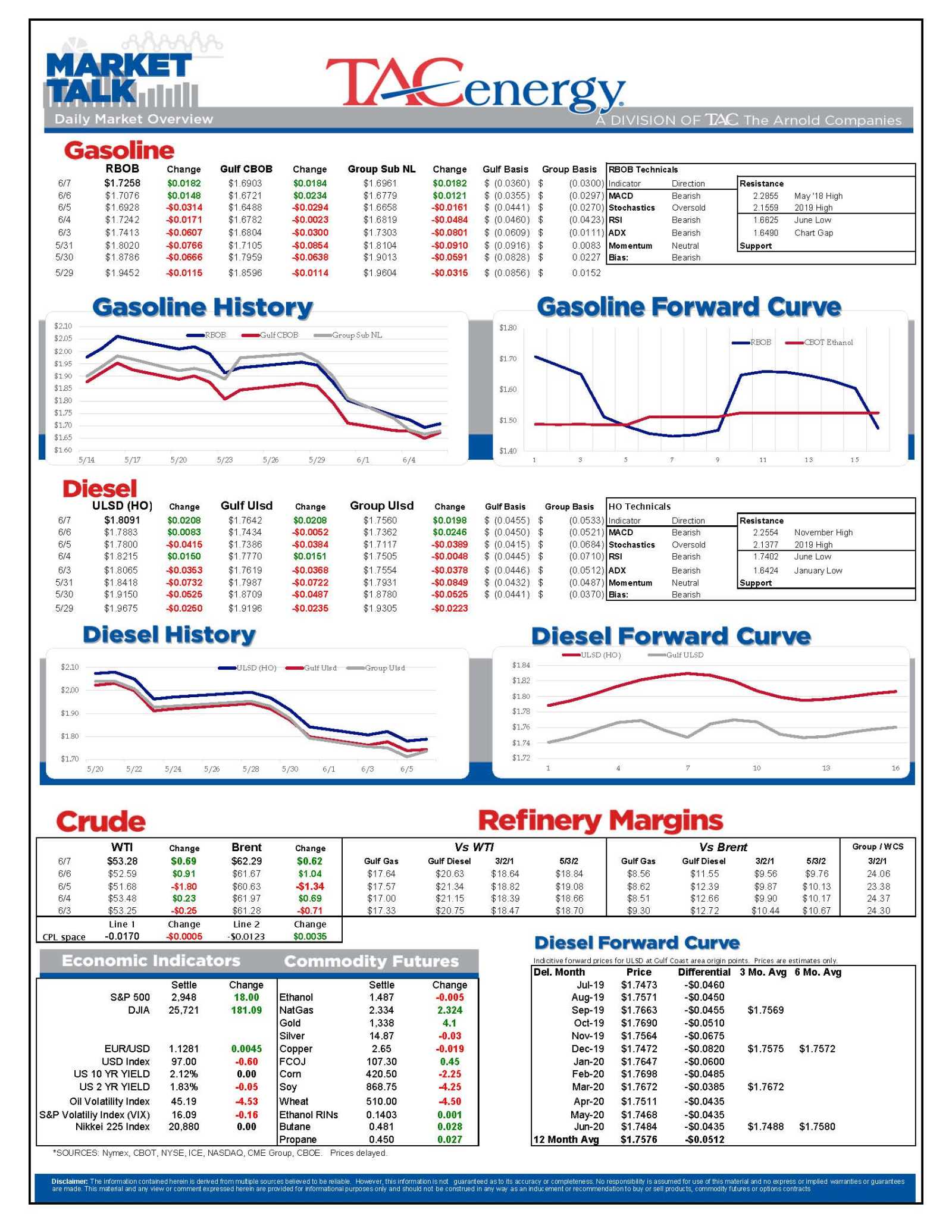 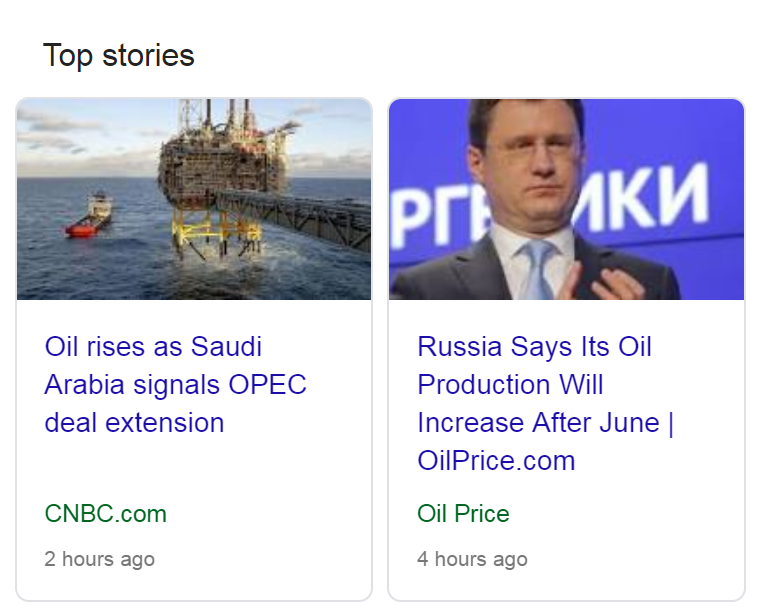 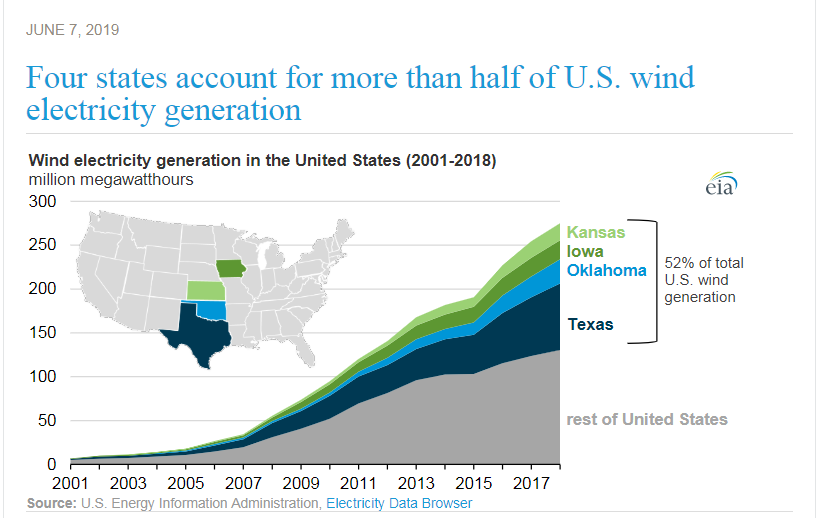