Energy Prices On The Move Higher

Energy prices are on the move higher, snapping a streak of 8 consecutive losses for WTI, spurred on by new violence in the Middle East, some optimism on the economic front, and what appears to be some technical buying of an oversold market.

Prices had been holding modest gains overnight, and then started a more meaningful move higher following the September payroll report that showed 136,000 jobs were added during the month, while both the July and August estimates were revised higher. The headline unemployment rate dropped to 3.5%, the lowest reported level in nearly 50 years, while the “U-6” unemployment rate (also known as the “real” rate) dropped to 6.9%.

Gasoline basis and calendar spreads remain unseasonably strong across much of the US, as threats of a refinery strike on the East Coast, and sky high prices on the West Coast keep a bid under prompt values.

The tropics remain relatively quiet as we move past the peak of hurricane season. There is a disturbance off the Yucatan peninsula but that’s being given a zero percent chance of developing in the next 5 days by the NHC. 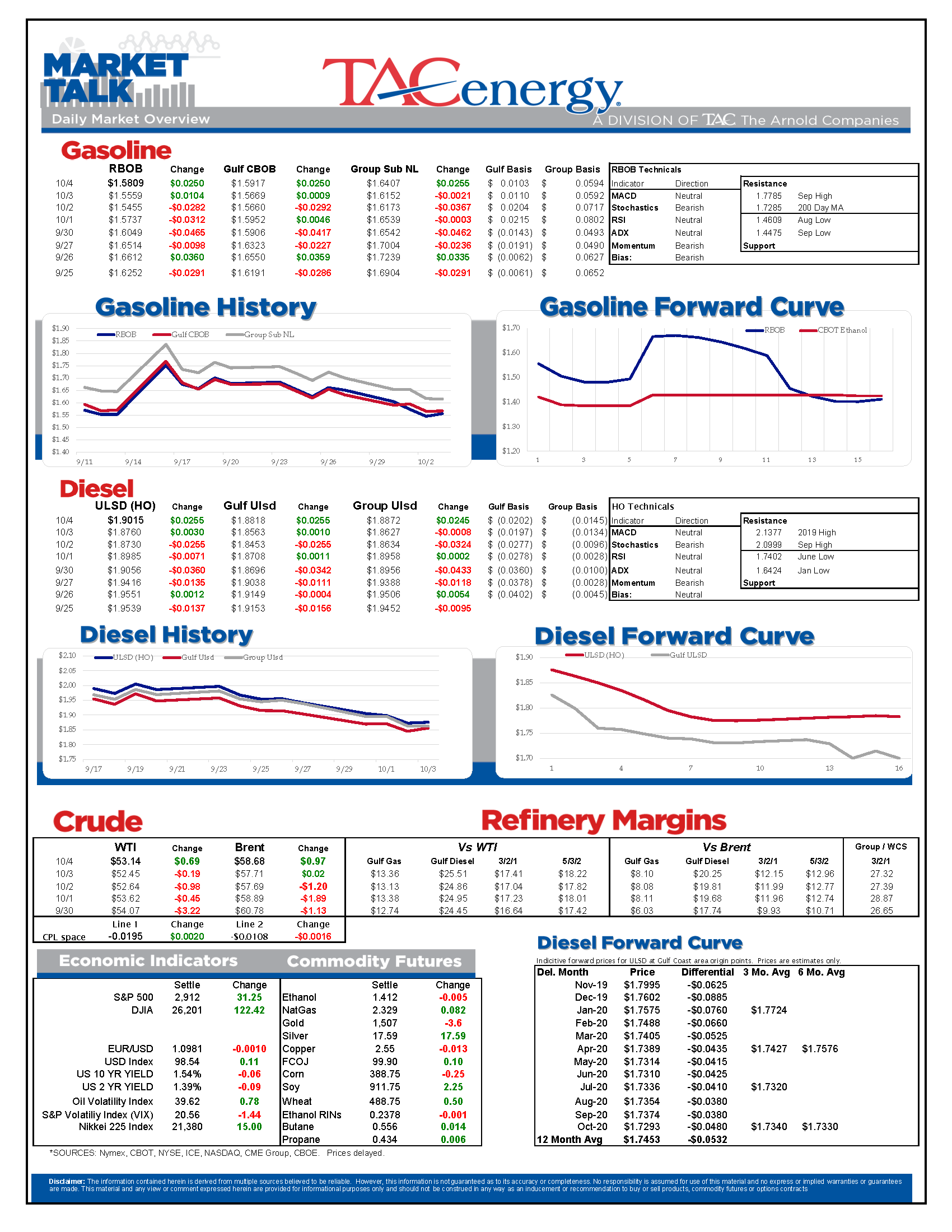 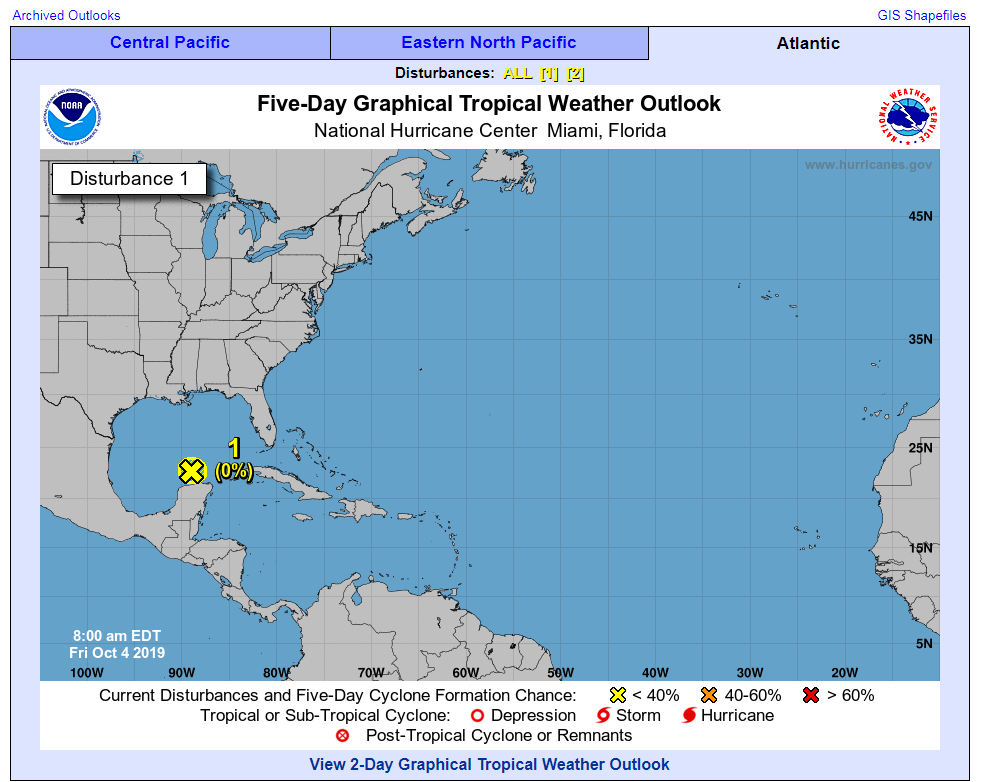