Reports that Russia and Saudi Arabia reached a deal on more oil production cuts helped energy prices rally to multi-month highs overnight, most notably Brent crude was trading north of the $40 mark. Pesky details that the deal was contingent upon other OPEC members actually complying with the current agreement seemed to throw cold water on that rally and prices started heading lower around 5 a.m. Despite the pullback, charts continue to point higher so as long as the week’s lows aren’t taken out by this round of selling.

The API reported a small draw in U.S. crude oil inventories last week that seemed to help with the early overnight rally. Refined product inventories continued to build however, with gasoline stocks up 1.7 million barrels and distillates up more than 5.9 million. The DOE’s weekly report is due out at its normal time today. Unaccounted for crude oil remains a huge number to watch, as are crude oil imports while the armada of Saudi oil tankers has been offloading, which has helped push total U.S. inventories higher even as Cushing stocks have seen a dramatic draw-down. The growing glut of distillates continues to be a major red flag challenging the premise of the recovery rally for both energy and equity markets.

Tropical Storm Cristobal formed Tuesday, and is currently forecast to hit Louisiana by Monday at Tropical Storm strength. There’s a lot that can happen between now and then, and although this is normally too early in the year for major hurricane development, the Gulf of Mexico waters are already warmer than normal, which could help this storm grow. The current path would avoid a direct hit on any of the refinery clusters along the USGC, but essentially all of the coastal refineries are in the cone of uncertainty so it’s too soon to write if off completely. The path will also take the storm through the heart of US offshore oil production, but with those operations already cut back due to the price collapse, this may have less impact on oil prices than it would in a normal year.

Another unintended consequence of the COVID-19 fallout: If there are any supply disruptions during hurricane season, the impacts may be less noticeable as the extra supply of oil and refined products will act as a buffer to the system. In fact, with Gulf Coast refiners reliant on exports to balance the supply/demand equation, if production stays online but ship traffic is delayed, we could see downward pressure on prices. 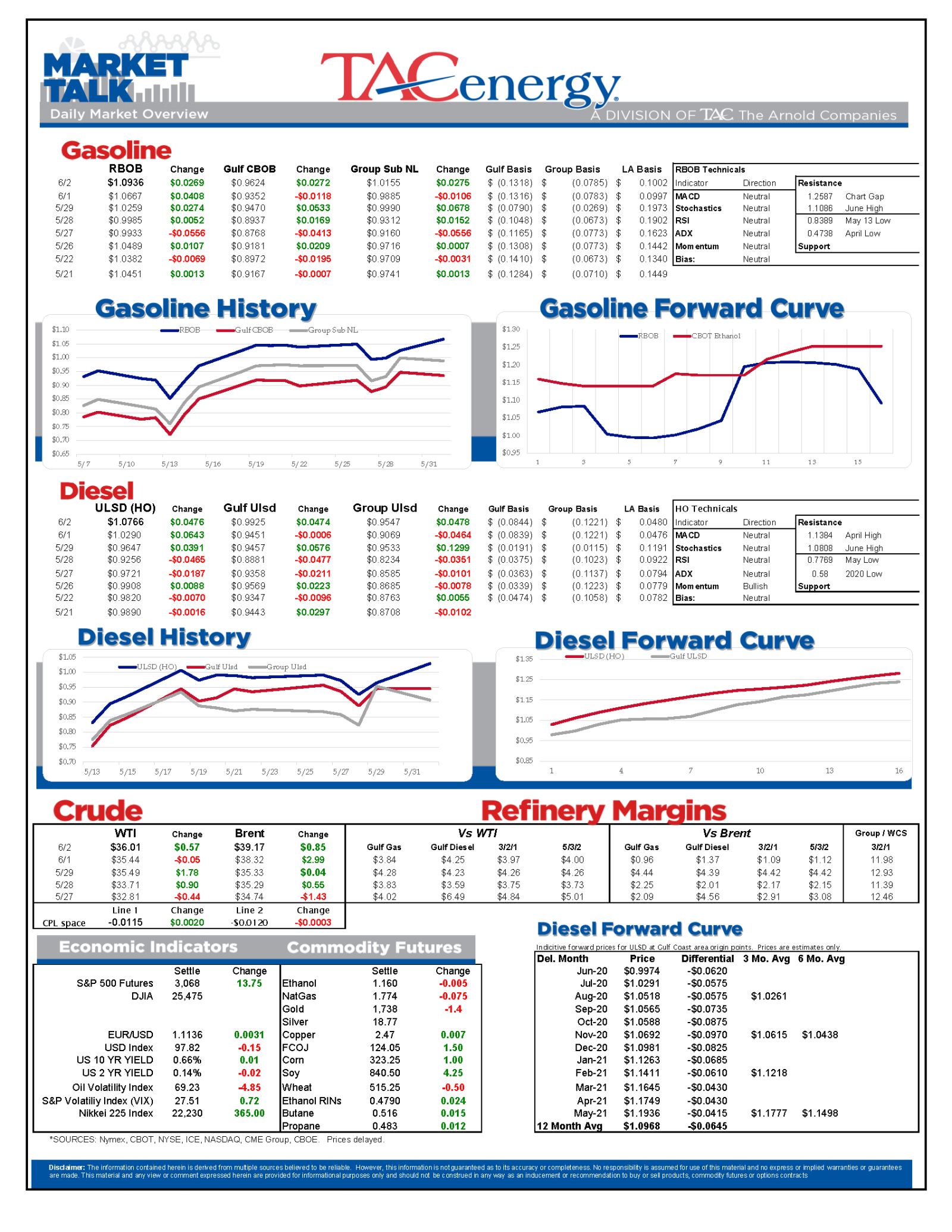 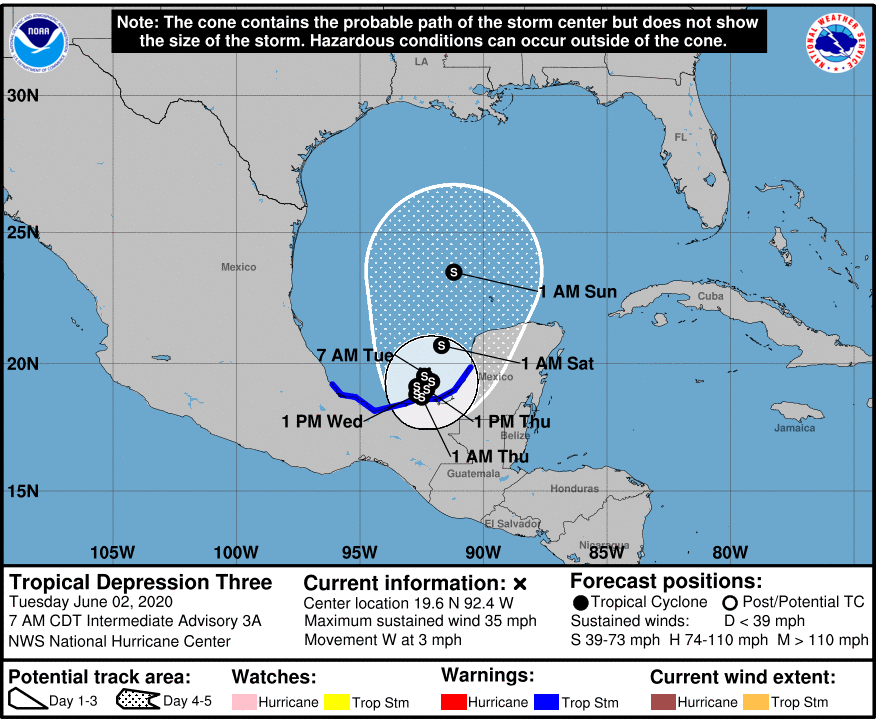 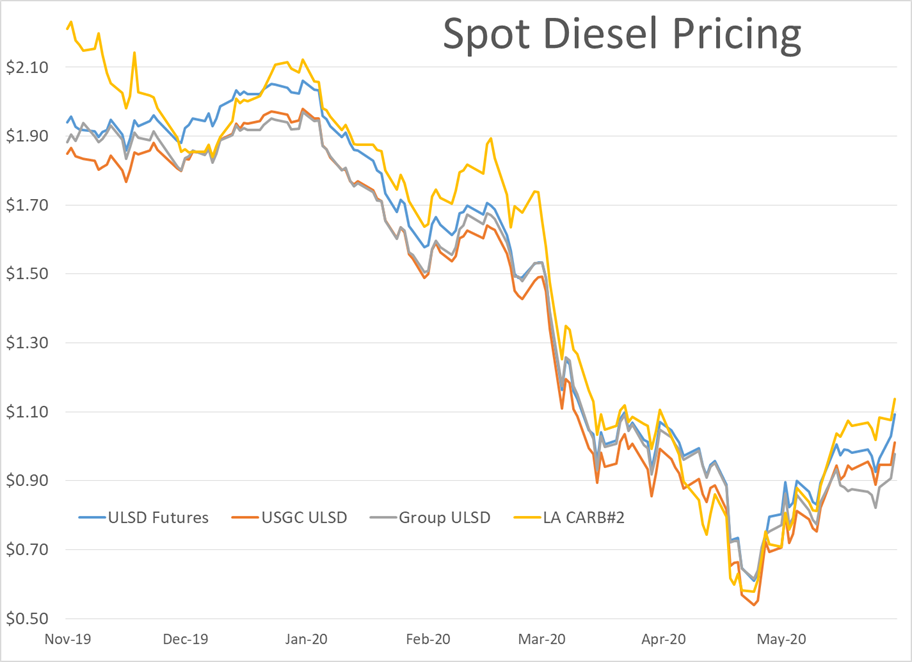