Energy prices continue to struggle for direction this week, with crude prices down slightly, diesel up slightly and gasoline flat, leaving the complex stuck in its sideways summer trading range. Tomorrow OPEC & Friends are holding a meeting to discuss output quotas, which could be the catalyst to break prices out of their range. So far, there are no indications that a shift in policy has been made.

Even the shutdown of the country’s largest gasoline pipeline wasn’t enough to push RBOB futures through upside resistance at the 200 day moving average, and there are less than two weeks remaining of the summer grade futures contract trading in the prompt position, which is making gasoline prices look vulnerable to a big move lower if they can’t figure out a way to rally this week.

It’s a similar story for crude futures. Yes, WTI settled at its highest closing value in five months yesterday, but it has not threatened its intraday highs from earlier in the spring, and has sold off each time it’s traded near these levels. With Brent and refined products still entrenched in their sideways ranges, WTI is also looking like it’s in “rally or else” range.

Colonial’s main gasoline line remains shut, with repairs underway to fix a leak that spilled an estimated 63,000 gallons (1,500 barrels) in North Carolina. The pipeline also announced it was shifting operations to allow some gasoline to continue flowing via its main distillate line. Based on the muted market reaction, and the relatively small amount of fuel leaked, it appears that this issue will be solved in the next few days. There have been some allocation restrictions put in place in nearby terminals as a result of the reduced shipments, but so far nothing anywhere close to the widespread outages that we saw in 2016 when the pipeline had a similar shutdown following a leak.

The exception to the going nowhere rule is West Coast gasoline prices that reached their highest levels since March yesterday, thanks to a pair of unplanned refinery issues on top of the numerous economic run rate reductions.

The EIA this morning reported that bio-diesel production and margins have seen less of an impact from COVID demand destruction in 2020 than other fuels.  The relative lack of impact is thanks to less blend percentage restrictions than ethanol and the various incentives in place to encourage blending.  The report doesn’t mention that those incentives actually helped bio-diesel prices transact for negative values for an extended period this spring when ULSD futures were below $1. It does, however, warn that bio-diesel production will be challenged by growing imports of renewable diesel.

Just in time for no one to want to use it, the White House is enabling oil drilling in the Arctic National Wildlife Refuge. That would have been useful in 2008, not so much in 2020.

The national hurricane center is giving high probabilities for two new tropical storm systems to form in the Atlantic this week. The paths are unclear this far out, but either one still has the potential to be a threat to the U.S. next week. 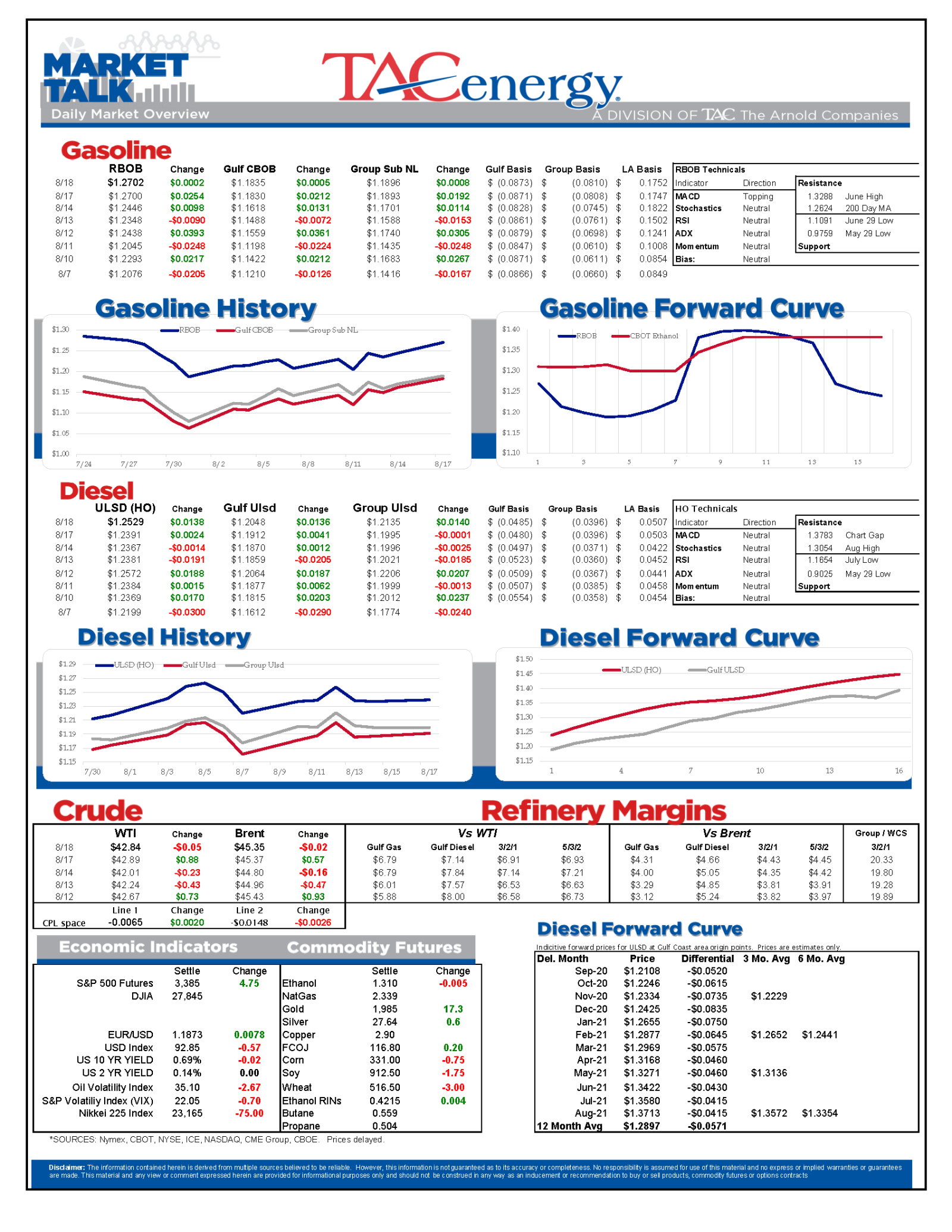 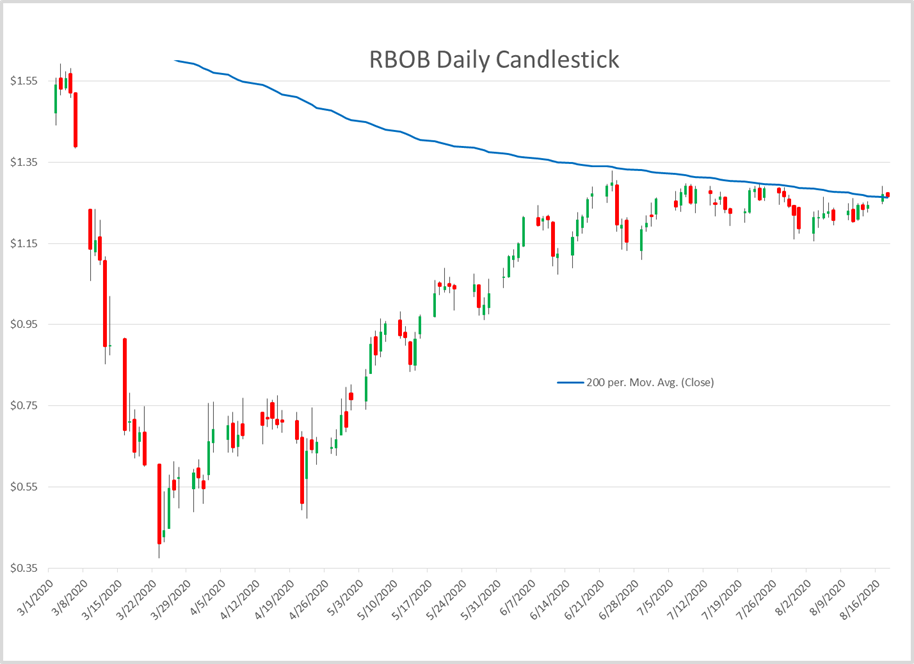 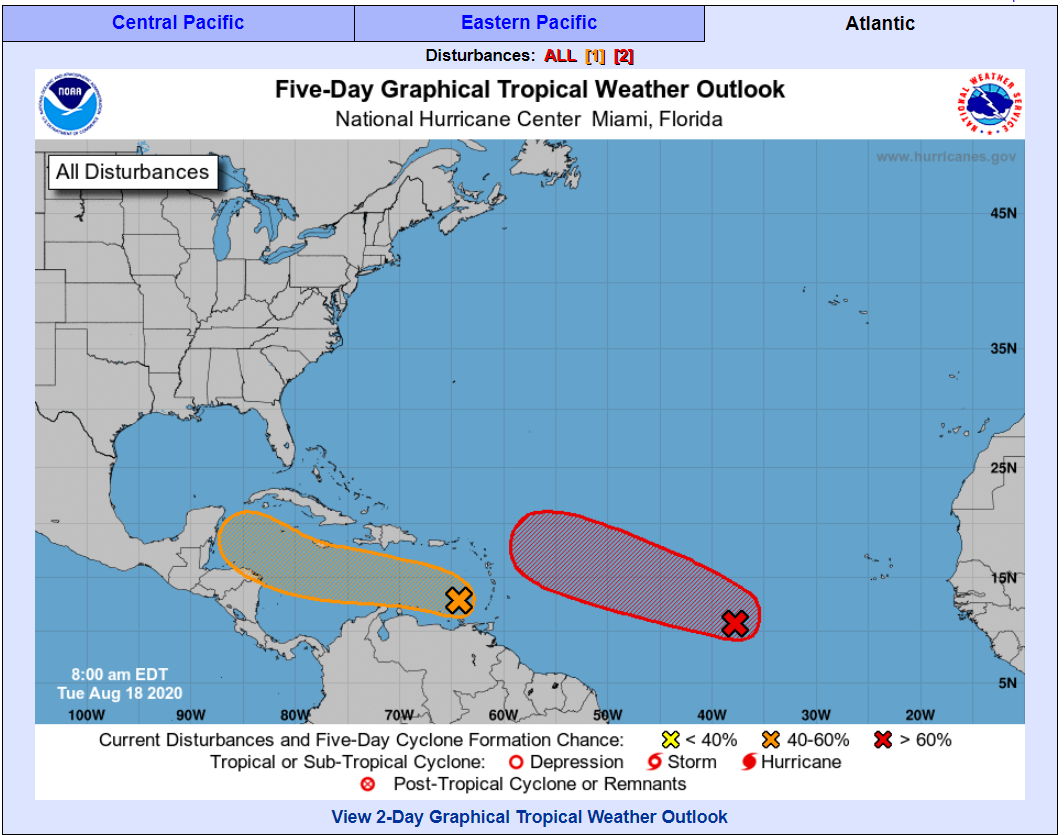