Energy prices are struggling to find a bottom after an overnight bounce was erased in early trading Tuesday morning, adding to Monday’s heavy losses. The selling so far this week has wiped out roughly half of last week’s strong gains, and sets up more downside on the weekly charts if product prices can’t figure out a way to sustain a rally over the next few days. It’s a similar story for U.S. equity markets, after an afternoon bounce Monday limited the damage from a heavy morning sell-off, some overnight buying has given way to more selling, threatening a larger move lower in the coming weeks.

Tropical Storm Beta weakened as it made landfall, which meant Texas refiners could maintain operations through the storm. Flooding is still a likely possibility over a wide area as this system moves slowly and dumps large amounts of rain, but besides slowing recovery efforts for areas impacted by Hurricane Laura, it’s not expected to have much impact on energy supply infrastructure. Hurricane Teddy is staying offshore from the East Coast, but causing dangerous currents that could present some minor challenges for shipping traffic. With tanks stuffed full already, those limited challenges should not show up at the terminal level. After this, it looks like we’ll get a brief respite from storms as the system churning near Florida is given only 10% odds of developing this week, and so far nothing new is brewing off the African coast.

As the crack spread chart below shows, despite all of the refinery closures and port disruptions due to three storms in the past month, margins for plants along the U.S. Gulf Coast have barely moved, suggesting that healing for struggling refiners will have to come from the demand side of the economic equation.

The Dallas FED published a look at the looming fiscal budget shortfalls facing most states as tax revenues have plunged during COVID. The report notes that states dependent on income taxes are faring worse than those (like Texas) that rely on sales tax and don’t charge an income tax.

The EIA this morning took a look at how U.S. oil exports have been steadily dropping since reaching a record high in February. 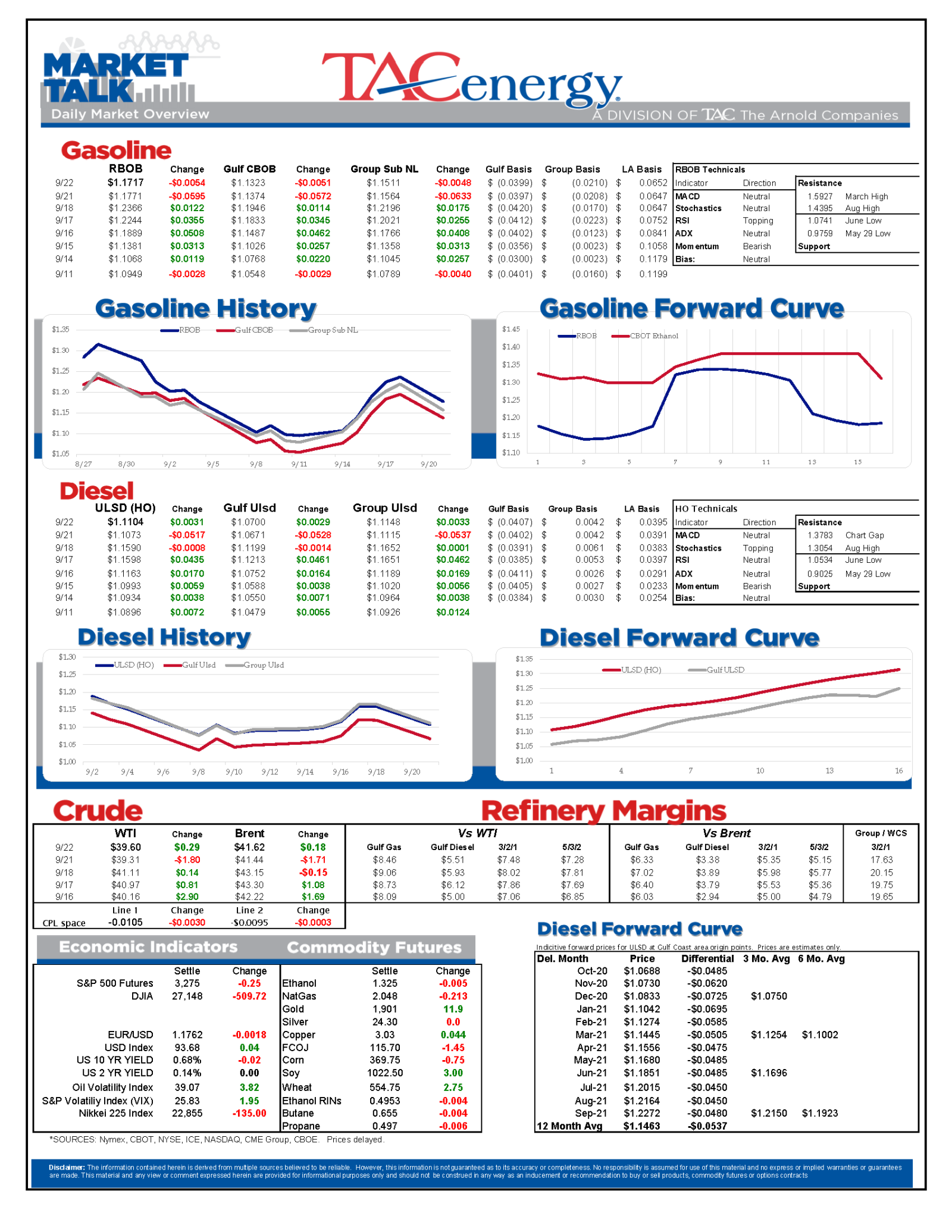 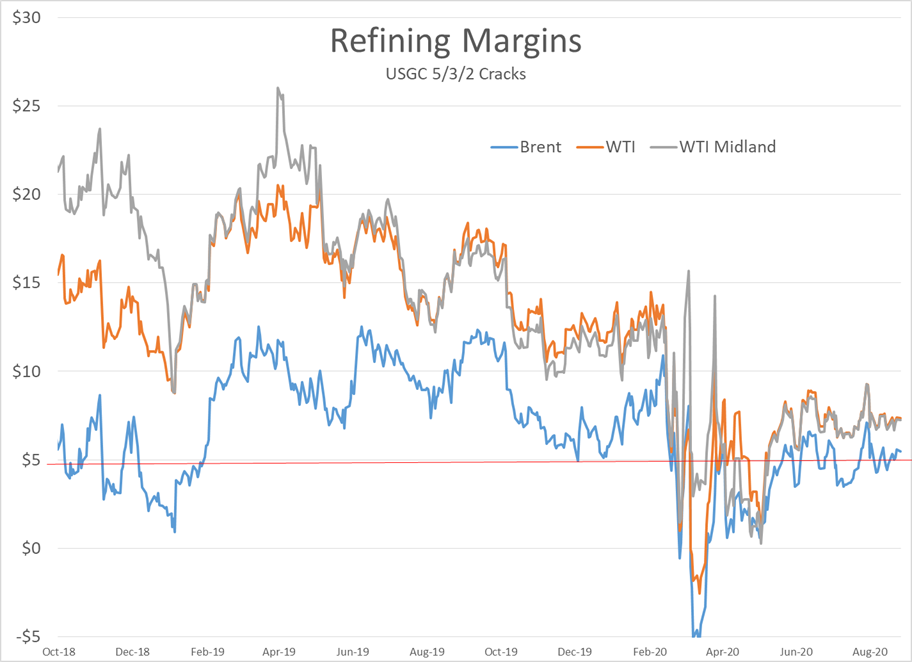 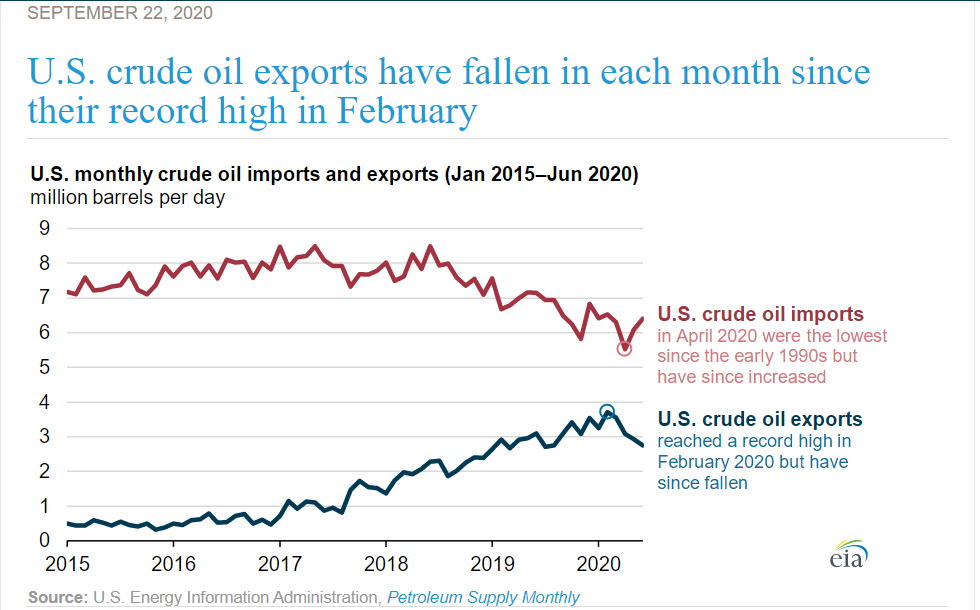