Energy prices are surging to start Thursday’s session with both WTI and RBOB futures up more than 10 percent in the early going, following statements from the U.S. President that Russia and Saudi Arabia would be discussing options to stabilize the market. If you need a reason to sell this latest bounce, note the lack of news from either of those countries so far.

In addition to the emergency meeting rumored between Russia and Saudi Arabia, the White House is said to be working with industry leaders on measures to help them survive the storm. Ideas such as leasing out the 70+ million barrels of storage in the SPR, and issuing Jones Act waivers are making rounds, in addition to the various EPA waivers already enacted to help solve this most challenging logistical puzzle. The industry has been forced to get creative to reduce supply without shutting their doors.

The DOE report was full of big numbers that suddenly feel ordinary in this unusual environment. U.S. oil stocks rose by the second largest amount on record, with more than 13 million barrels on the week. It’s worth pointing out that it was during this same week three years ago that U.S. oil stocks reached their all-time high, some 65 million barrels above current levels.

Gasoline demand fell nearly 25 percent (2.2 million barrels/day) on the week according to the DOE’s weekly estimate, and based on data from sales over the past several days, it’s likely we could see another similar decline in next week’s report. For perspective, that decline is nearly twice as big as the previous weekly record set over the Christmas holiday week in 2016. This is more than one million barrels/day - more than the third biggest drop on record set in the week after September 11.

Diesel demand remained robust last week, as an uptick in delivery and distribution demand offset the drop in buses and other commercial vehicles on the road. This weak gasoline, strong diesel phenomenon is starting to create situations in a handful of markets nationwide. Refiners are forced to cut runs due to gasoline containment issues, creating an unintended shortage in distillate supply. Diesel prices have not been reacting much to the reality at the terminal level. ULSD futures reached a new four-year low Wednesday, as refinery’s maxing diesel output and a demand slowdown both appear inevitable in April.

The bankruptcies are starting in the oil patch, with many more predicted as oil producers' only calculations these days are whether it’s cheaper to shut in their operations – which isn’t as easy as flipping a switch – or continue at minimum rates and hope the shelter-in-place orders end in a month. 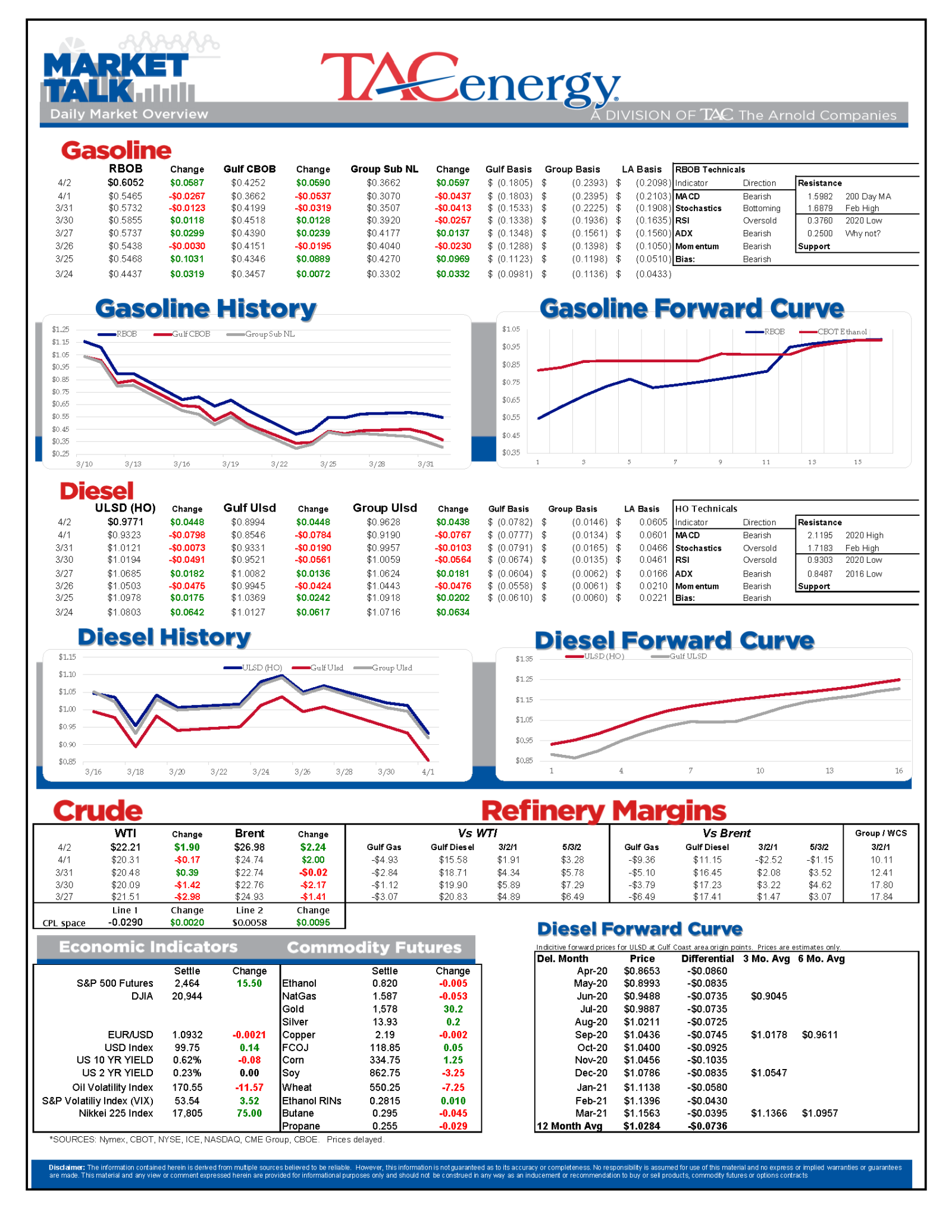 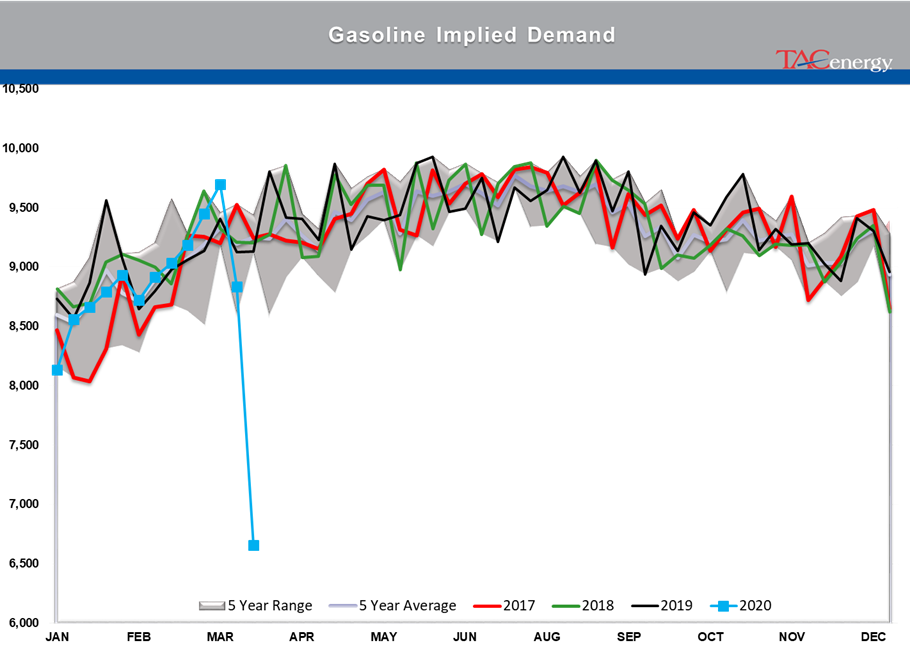 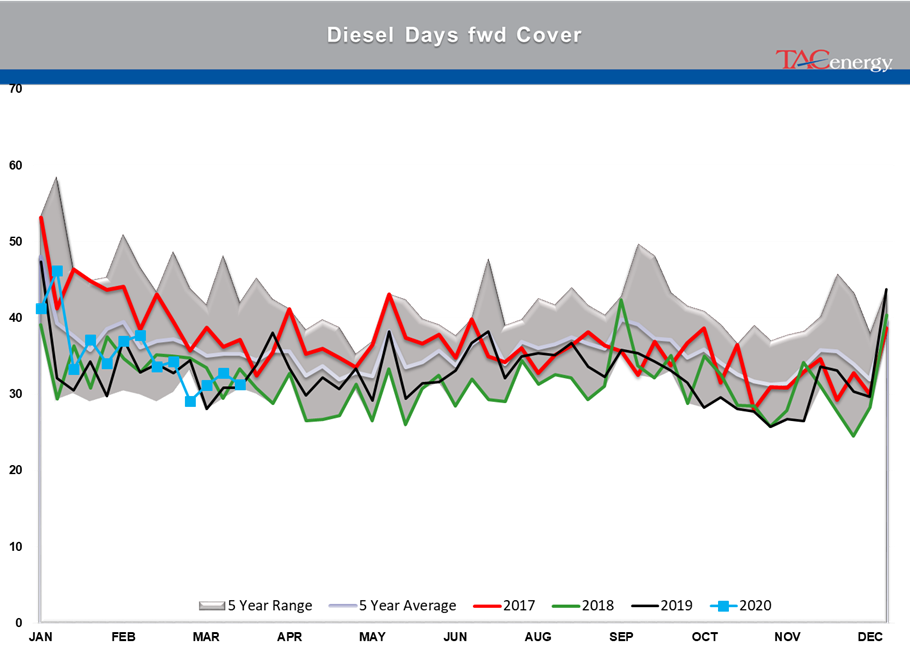