Colonial pipeline initiated a full restart Wednesday afternoon, and Thursday confirmed that its entire pipeline system was operational again and all markets were receiving product. The pipeline is running 5.5 days behind on average. After numerous reports guessing that Colonial did not pay the hacker’s a ransom, new reports Thursday said they did, and that the ransom was relatively low because the hackers realized they’d outkicked their coverage on this deal.

It will take another week or two to put the physical supply disruption that started a week ago today in the rear view mirror, but the futures market seems to have already moved on to other things after giving back all of the price gains it had accumulated since the shutdown during Thursday’s trading.

While most of the focus this week has been on the East Coast, the real price action has been in the West Coast, as basis values have been hammered lower, bringing spot differentials for gasoline in LA to their lowest levels in a year. Rising gasoline production in Southern California may deserve some of the credit for the move, but inventories remain near the low end of the seasonal ranges, so it doesn’t appear to be the whole story.

The Mississippi river is to U.S. grain products as the Colonial pipeline is to refined fuels. The temporary shutdown of river traffic to address damage to the I-40 bridge in Memphis, which has stranded hundreds of barges, sparked a limit-down move in several grain contracts Wednesday. Similar to the Colonial shutdown, the impacts of this shutdown are expected to be short lived, but based on what we saw earlier this week that may not be enough to prevent hoarding of bourbon and frosted flakes. The shut down of river traffic could also cause some refined product tightness for the handful of terminals north of Memphis that are fed via barge from origin points south of the closure.

RIN values did see some relatively modest selling pressure as grain and fuel prices were both taking big steps lower, but given the 60 cent increases in the past month, a drop of a few cents hardly moves the needle. Given the dramatic increases, we won’t need to wait long to see if this selling is the start of the end for the upward trend, or if it’s just a speedbump on the move towards $2/RIN.

For the second time in 10 years, an attempt by Platts to buy OPIS has been rejected by regulators that don’t want to allow more pricing index manipulation monopolization by the companies.

Today’s interesting read: Why a review of the TX property tax code over the next 2 years may make refining expansion projects a challenge down the road.

Another change coming to the refining landscape: Soybeans are becoming the new crude oil. 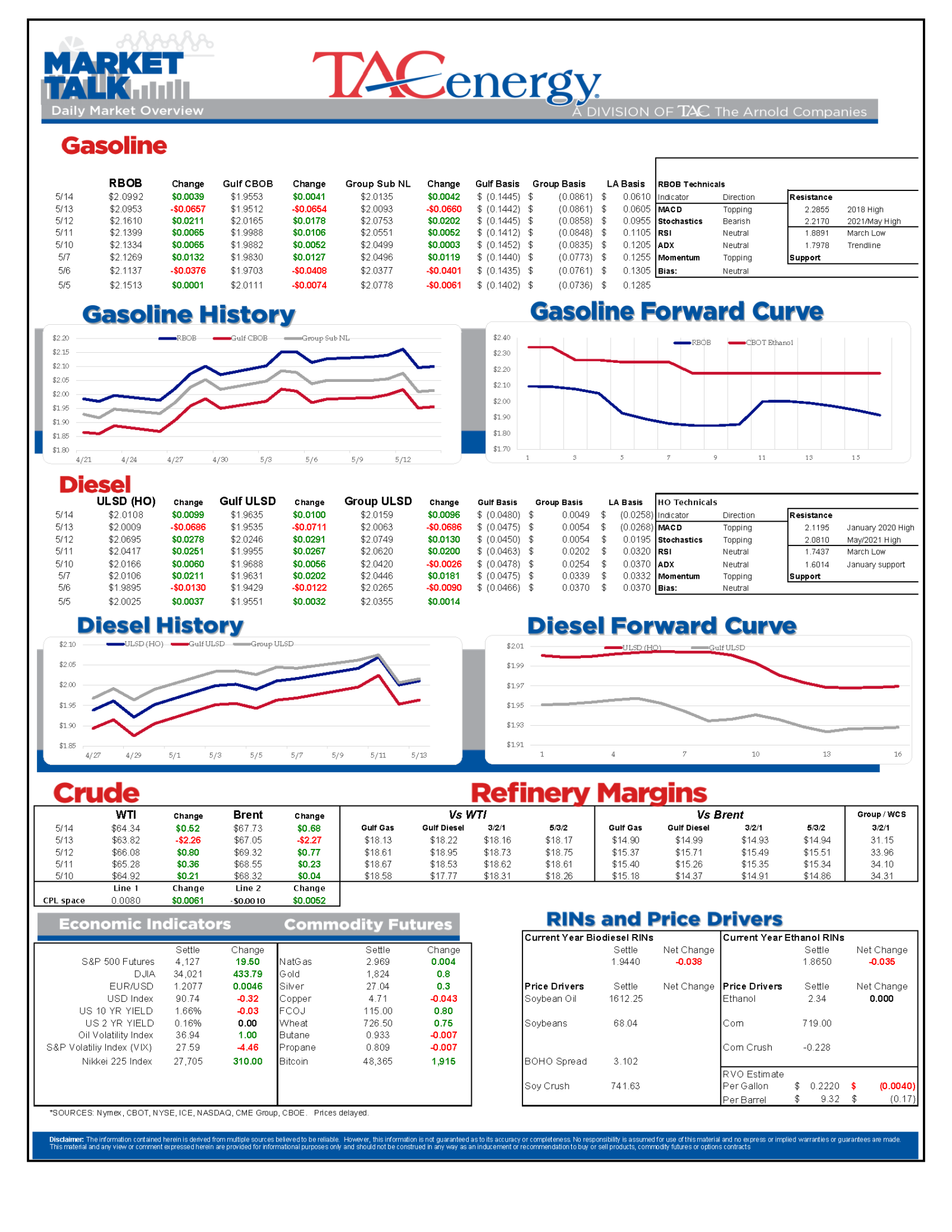 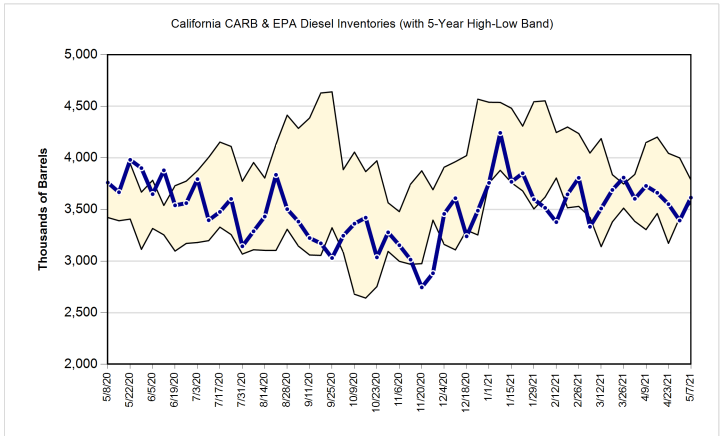