Equity and energy prices have been moving modestly higher since the FOMC announcement was released Wednesday afternoon, snapping the losing streak that gripped most markets in the front half of the week.  That sigh of relief rally sets up another test of the downward sloping trend-lines that have had refined products under pressure for the past two months, with the $2.17 area for RBOB and $2.28 for ULSD pivotal levels to watch if a longer term bear market is going to be avoided.

The FED announced an accelerated reduction in its bond buying programs, increasing their taper by roughly double the previous schedule, and also forecast 3 rate increases in 2022.  While this announcement marks one of the most dramatic course changes in the FOMC’s history, it apparently was less severe than many in the market were anticipating following the record inflation readings over the past few months, as equities and energy prices all rallied following the news, while the US Dollar declined, and the probabilities of rate increases for 2022 actually ticked slightly lower.

Refined product prices were already reversing course from early morning losses after a DOE report that surprised with some bullish readings.

The DOE’s weekly estimate for US Petroleum demand reached an all-time high last week, surpassing 23 million barrels/day for the first time on record. Diesel demand led the move with an incredible 36% increase week on week, marking the highest weekly reading since 2003. Those figures are taken with a large grain of salt however as the DOE’s weekly estimates are notoriously volatile, and particularly this time of year we tend to see a huge recovery rally in the weeks after Thanksgiving, only to see demand tumble to its lowest levels of the year the last week of December and the first week of January.

Gasoline demand also saw a healthy increase, that helped drive a counter-seasonal decline in gasoline stocks. Here too, a strong recovery after the Thanksgiving holiday hangover makes sense, but there are plenty of signs that demand may already be under pressure from the rash of severe storms that have swept most of the country over the past week.

Speaking of which, another round of severe storms swept from New Mexico to Minnesota Wednesday, with hurricane force winds reported in numerous spots. So far, there haven’t been reports of damage or power loss to refineries in the storm’s path, so it may be a non-issue for fuel supply. 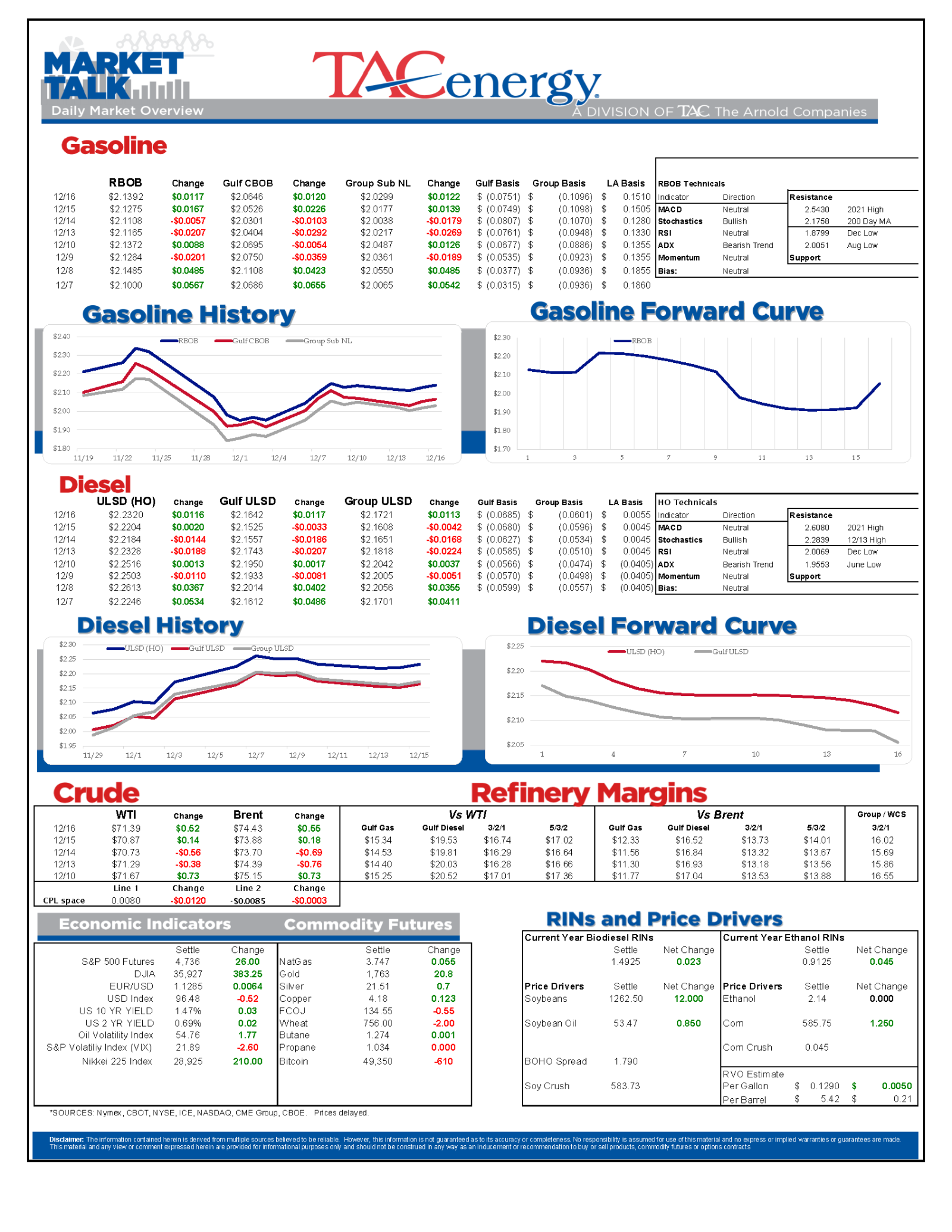 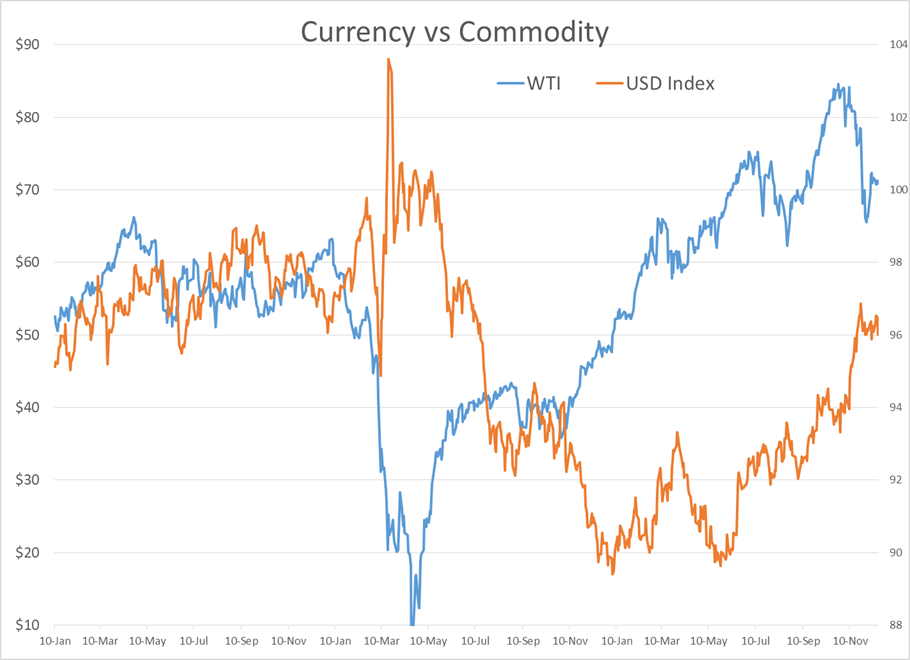 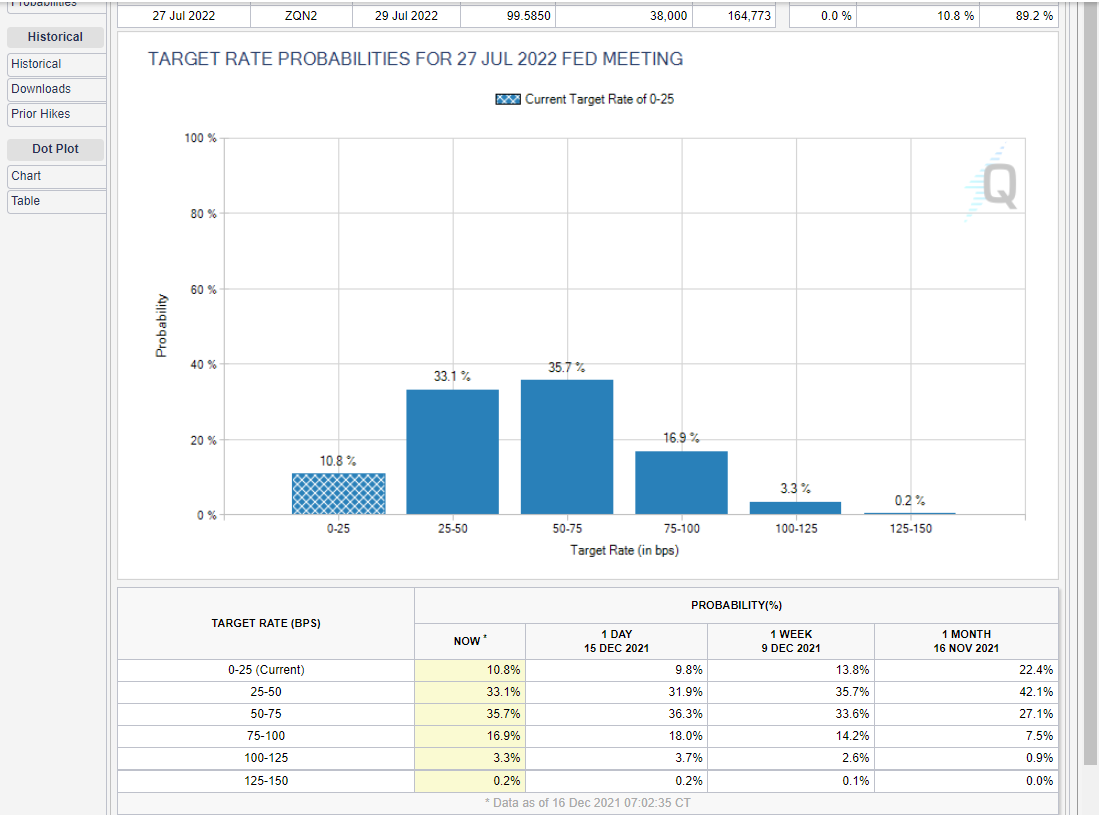