Eye-Popping Statistics Continue To Roll In

The optimism that was pushing energy and equity prices sharply higher Tuesday morning faded away in the afternoon, sparking another wave of selling, albeit less dramatic than what we became accustomed to in March.

Energy prices are off to a quiet start Wednesday as traders appear to be taking a wait-and-see approach ahead of the OPEC & Friends meeting Thursday. There’s also a G20 oil minister meeting Friday that could have some bearing on oil production, but it falls on Good Friday, one of only three holidays all year when futures trading is completely shut down, and the only non-federal U.S. holiday in which this occurs.

The eye-popping statistics continue to roll in as economic reports start to catch up to the unprecedented slowdown we’ve experienced in the past few weeks.

The EIA’s monthly Short Term Energy Outlook highlights how the energy world has changed so dramatically in the past month, and predicts that the U.S. will return to being a net importer of petroleum products as domestic oil production is forced to slow down, and the global market for refined products slows down our exports.

The API estimated U.S. oil stocks rose by nearly 12 million barrels last week, while gasoline stocks increased by 9.5 million barrels and distillates continued to buck the trend with a small decline of 177,000 barrels. The DOE/EIA’s version of the weekly stats will be out at its normal time, and should have more record setting numbers.

They aren’t negative yet, but prompt values for conventional subgrade gasoline in the Group 3 spot market ended Tuesday around 17 cents/gallon, as regional stockpiles swelled north of 50 days’ worth of supply with demand crumbling, forcing sales to unheard of levels some 47 cents below futures. Chicago and LA spot values aren’t too far behind, both trading at record discounts 36 and 34 cents below futures respectively, putting outright values right around 30 cents/gallon this morning. 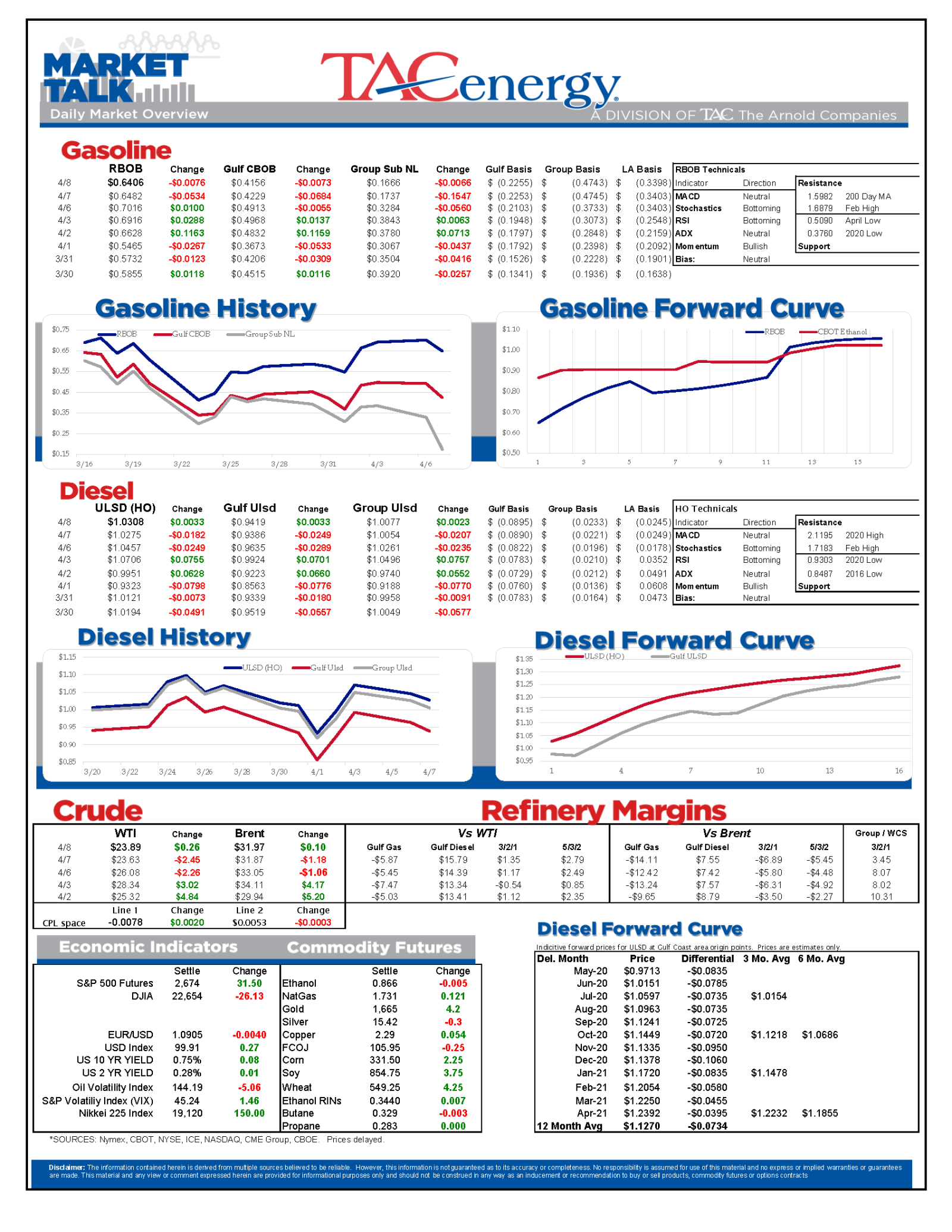 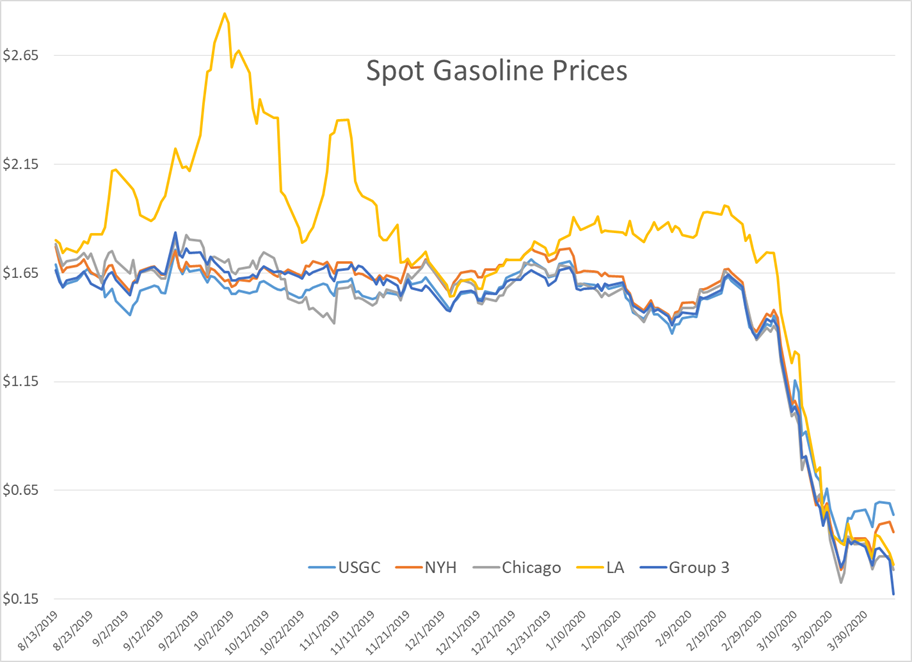 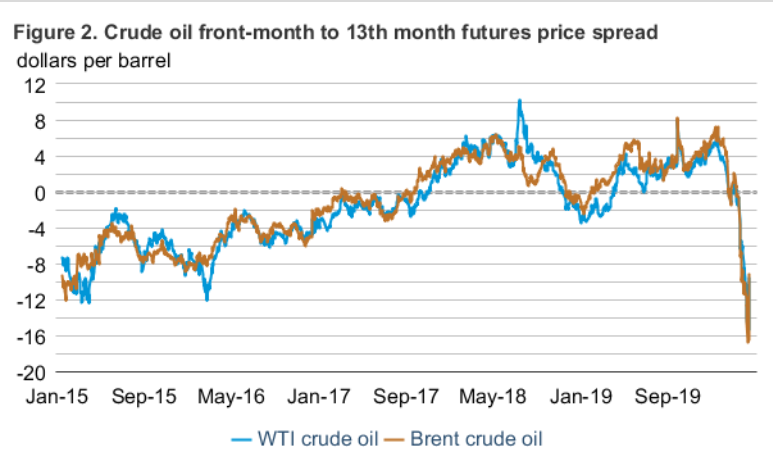