A bit of fear has gripped equity and energy markets this morning with a broad stock market sell-off spilling over into petroleum futures. Most petroleum contracts are down more than 2.5% at the moment, wiping the bullish technical signals that had taken over earlier in the week off the board.

The stock market tumble appears to have started after China reported that its exports plunged more than 20% in February, adding to concerns about a global economic slowdown.

Adding to the pessimism: Not only is the economic outlook in China looking worse going forward but (shocking no-one who has read numerous articles on the country’s number-fudging over the years) a new study demonstrates that the country’s GDP growth was not nearly as strong as advertised over the past decade.

Completing the bad news Trifecta: The February payroll report showed an increase of only 20,000 jobs during the month – less than 10% of the average monthly increase we saw in 2018. Will this report mark the return of “Bad news is good news?” During the years of the FED’s various monetary easing plans, equity markets often rallied on bad economic data points as they made more stimulus likely. For those hoping for an interest rate cut in 2019 instead of an increase, this slowdown in job growth could be a good thing. The flip side of that coin is the unemployment rates (both headline and U-6) continue to move lower, which is good news for the FED’s stated goal of promoting maximum employment. 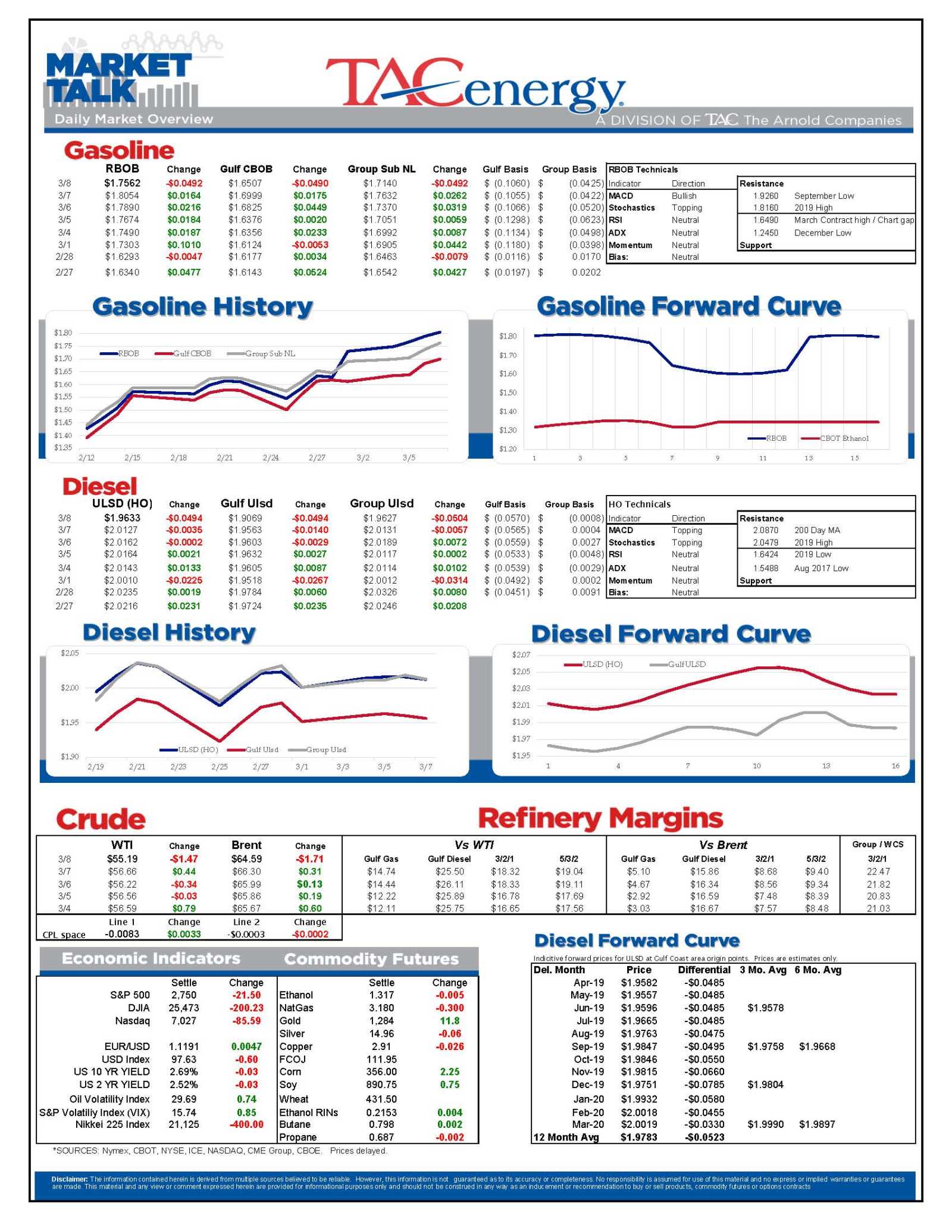