Fear seems to be creeping back into both energy and equity markets leading to a broad selloff to start the last day of the last “normal” trading week of the year. From here on out volumes and liquidity tend to get sketchy which can create both extremely boring trade, and some very volatile trade depending on how the computer programs manage the lack of human interaction.

Take your pick of fear headlines driving the move lower this morning. Omicron is proving to be spreading faster and vaccine resistant forcing more lockdowns, and more delays of return to work plans.  Fear of hawkish central bank policy on inflation. Tech stocks getting hammered. Santa’s elves are struggling with supply chain bottlenecks. Whatever cause you choose, there’s no mistaking that both RBOB and ULSD prices rallied right into their weekly trend-lines and then pulled back sharply in the past 24 hours, which makes the bear market look very much intact, and setting up another test of the $2 mark in the weeks to come.

On the other hand, if you’re bullish on refined product prices heading into the winter, then you might point out that despite the pullback, prices this week did set a higher high and higher low than he past two weeks, and that trend lines are overrated indicators, so there’s really no reason for a big selloff soon, especially with the potential for a Santa Claus rally in stocks coming next week. If you’re in this camp, the vampire squid known as Goldman Sachs agrees with you as they’re making a case that $100 oil is still possible next year.

Speaking of conflicting opinions on market direction: RINs are having a really hard time making up their mind after the EPA changed the game on the RFS last week. After 4 different swings of 30 cents or more, D6 ethanol RINs are hovering just under the $1 mark. D4 RINs have not been as volatile (which is normal for the lower volume contract) and the spread between D4 and D6 has blown out to an all-time record beyond 60 cents for 2021 contracts, compared to spreads of less than a dime for most of this year, while the spread for 2022 contracts is less than 30 cents, reflecting the dramatic change in the RVOs.

Today’s interesting read: A report from the Dallas Fed on the acceleration in US migration from major metro areas to Texas since the pandemic started. Some interesting notes:  California/New York and Illinois (Chicago) are seeing mass exodus that would make Moses proud. DFW is the leading recipient of migrants within Texas. People from Houston are moving to DFW, but people from DFW aren’t moving to Houston.  Oklahoma is the only state seeing an influx of Texans, which makes sense since it’s basically a suburb of DFW now. 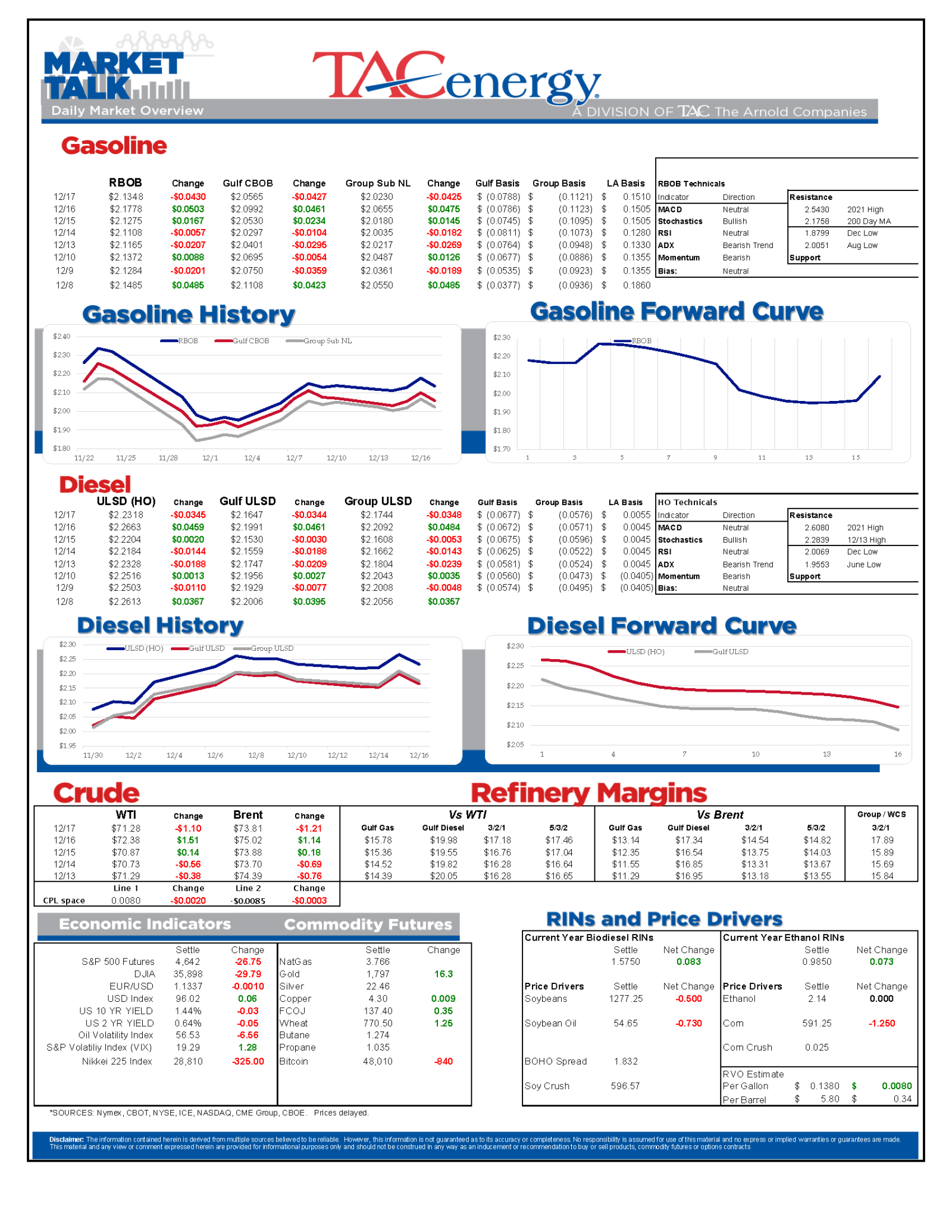 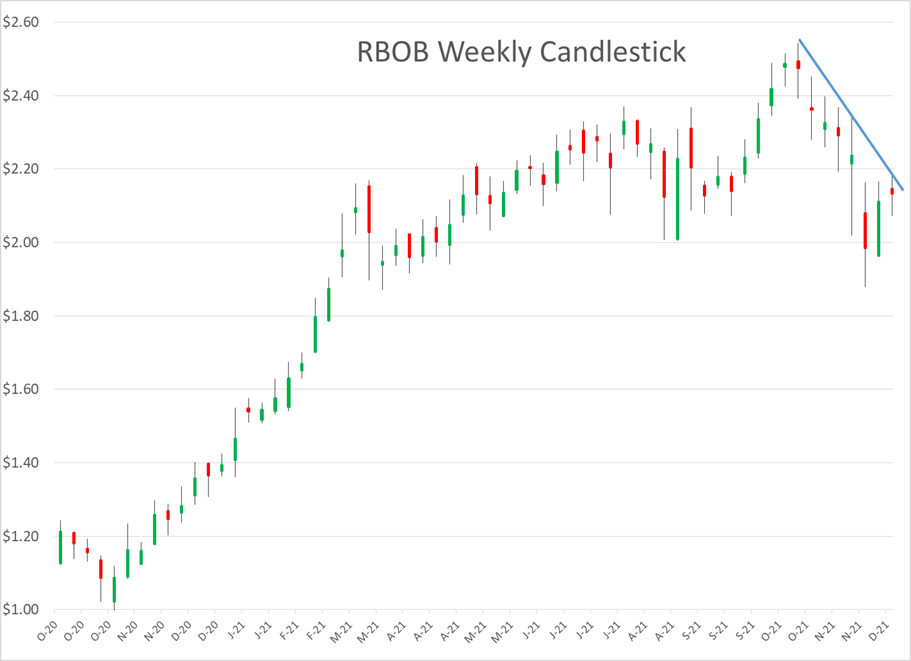 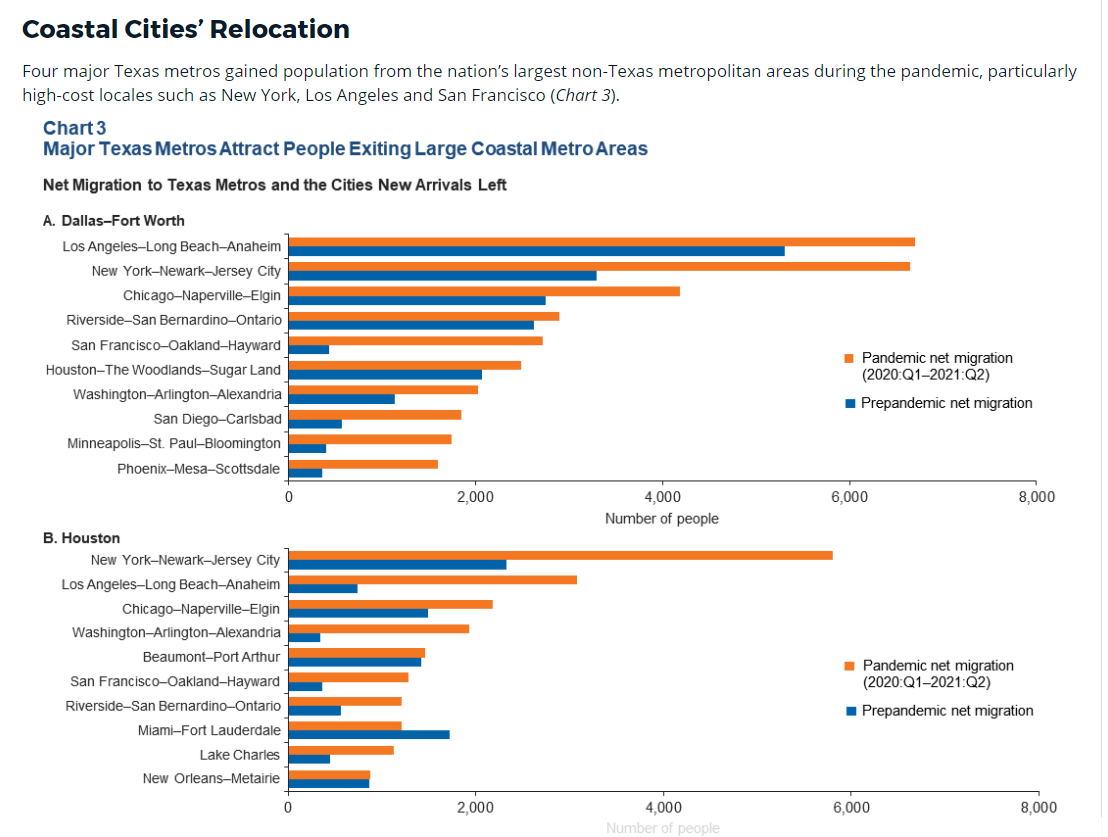