After months of hope-fueled trading, fear seems to be taking back control of the price action as equity and energy markets both face selling pressure this morning sparked by new COVID outbreaks and their accompanying lockdowns.

The charts look treacherous for petroleum contracts, with a drop to the $52 range for WTI – which would mean another 15-20 cents of downside for refined products – looking likely if prices settle below last week’s low trades.

The irony of this sell-off is it’s coming at a time when supplies for the Atlantic coast, which is home to the Nymex delivery hub for RBOB and ULSD futures contracts, is facing multiple supply disruptions from unrelated pipeline issues. Buckeye’s line in New York still remains down after last week’s spill, and Colonial’s line into New Jersey is running at reduced rates due to a lack of push stock from the Gulf Coast, causing premiums for offline barrels in the region to soar.

After a big selloff last week, RIN prices made a strong recovery Monday rallying by nearly 10 cents for both D6 and D4 values. That bounce means the trend that’s added more than $1/RIN since August is still alive and well.  That said, RINs will face a big test today as the drop in petroleum prices will tend to put downward pressure on those values as the relative value for imports and exports will change with the spread between products.

Oil industry executives joined a virtual meeting with the President Monday and supported an plan to put a price on carbon emissions as a way to combat climate change. There’s still no clear plan for what that might look like, but a priority for the industry is to push towards a unified market, rather than the segmented requirements that are popping up now around the world. Speaking of which, the fledgling RGGI program attempting to band North East States together in a climate pact to reduce emissions from the power sector saw prices for its CO2 credits reach a new high in March according to a new EIA report. 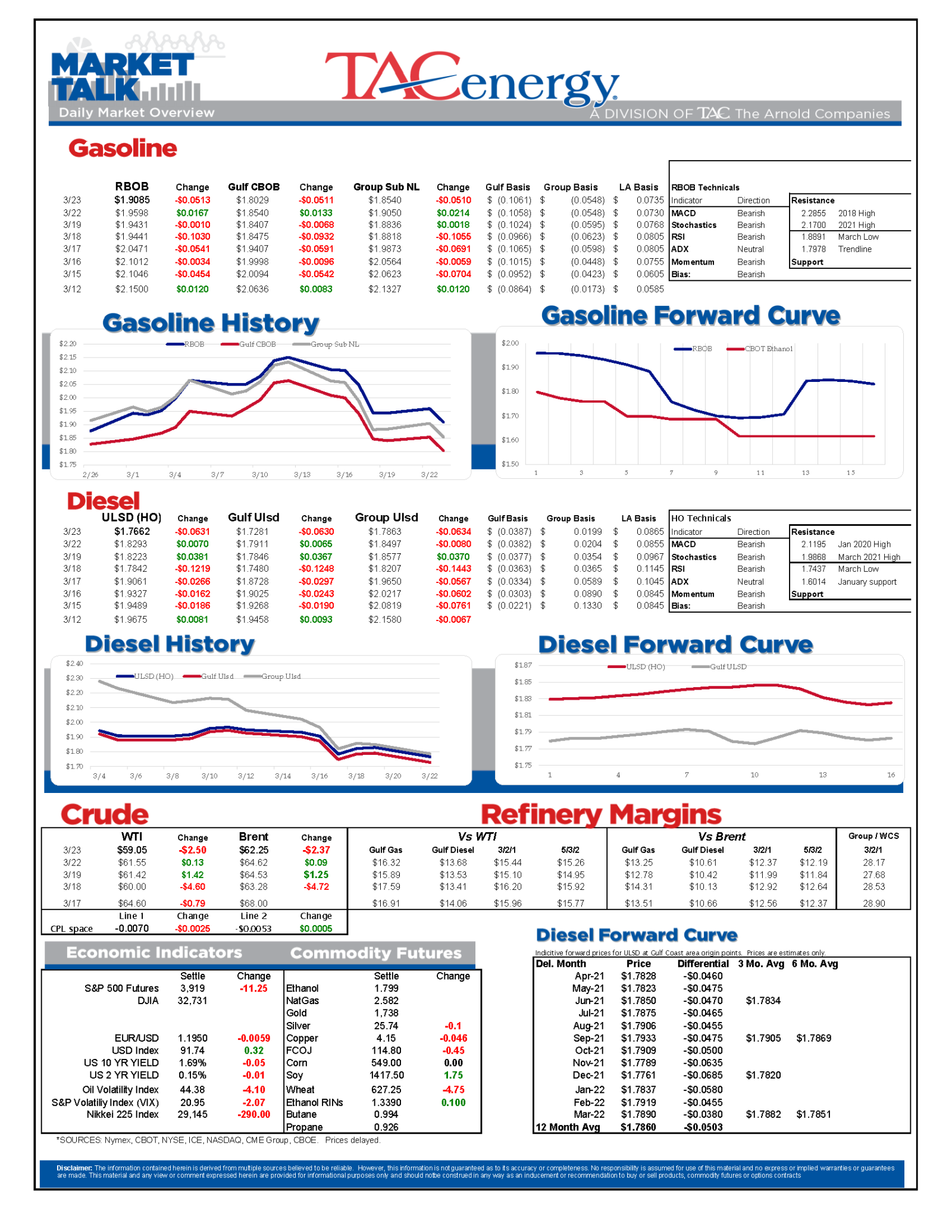 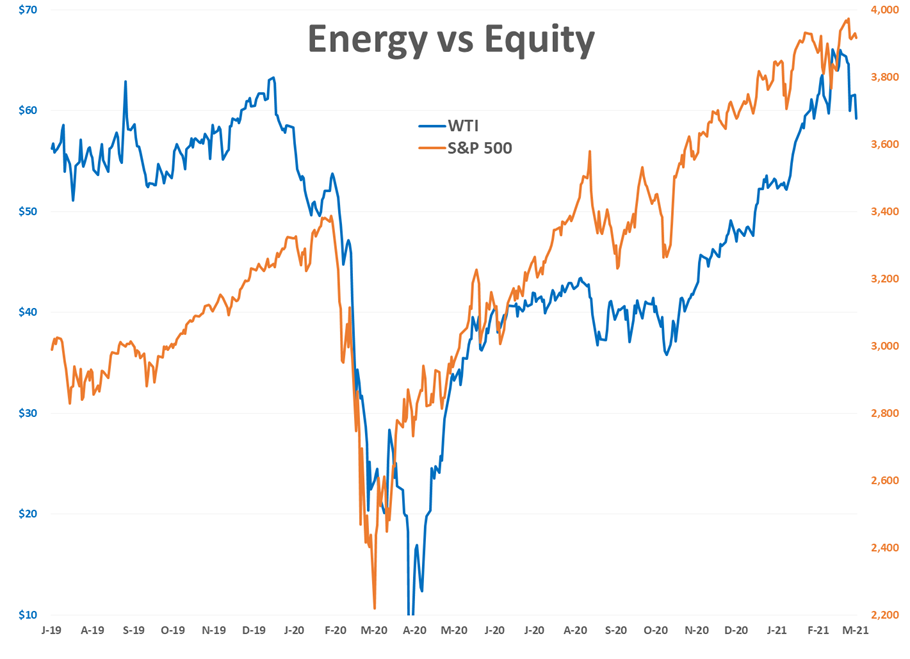