Fear Trade Takes Over The Action

Energy prices are managing a modest recovery bounce after a heavy wave of selling pushed them to three month lows Tuesday. Futures continue to follow in close step with U.S. equity markets, as the fear trade seems to have taken back over the action after taking most of the summer off.

The June lows held up support throughout the heavy selling, keeping the summer trading range barely intact, which could prevent a sub $1 slide for refined products. The signs are building that we may be in the early stages of a harsh post-driving season demand drop, so today’s bounce may just be delaying the inevitable move lower this fall.

One troubling development for producers and refiners: the charts below show that the selling over the past week has impacted prices a year and more forward in almost equal increments to prompt values. This suggests the drop is not due to short term containment issues like we saw in the spring, but more due to long term demand fears that aren’t expected to go away any time soon.

Speaking of which, Enterprise announced it was cancelling a major pipeline project to run crude from Midland to Houston, which was previously labeled as “not cancelable”, the latest in a long string of project delays/cancellations due to the sharp drop in shipper demand. Those delays may slow the conversion of heavy to light refinery runs that the EIA highlights in its latest update this morning.

The weekly inventory reports are delayed a day due to the holiday so we’ll expect the APIs this afternoon and the DOE report tomorrow morning. We will get to see the DOE’s monthly short term energy outlook later this morning.

A new tropical wave is given 80 percent odds of developing into a storm in the next five days, even before it moves off the African coast into the Atlantic. That looks like the next potential threat for the U.S. late next week since Paulette and Rene are both expected to stay out to sea. 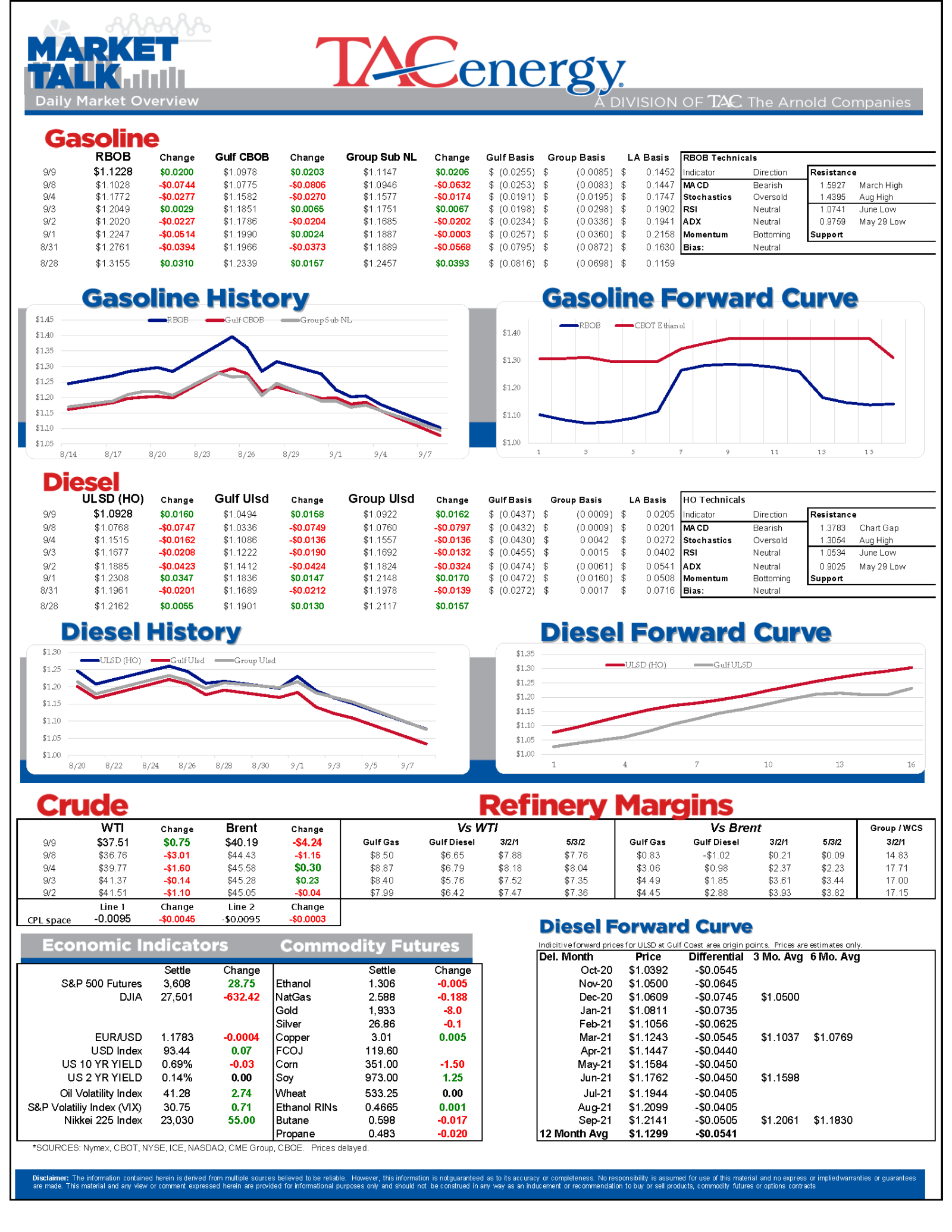 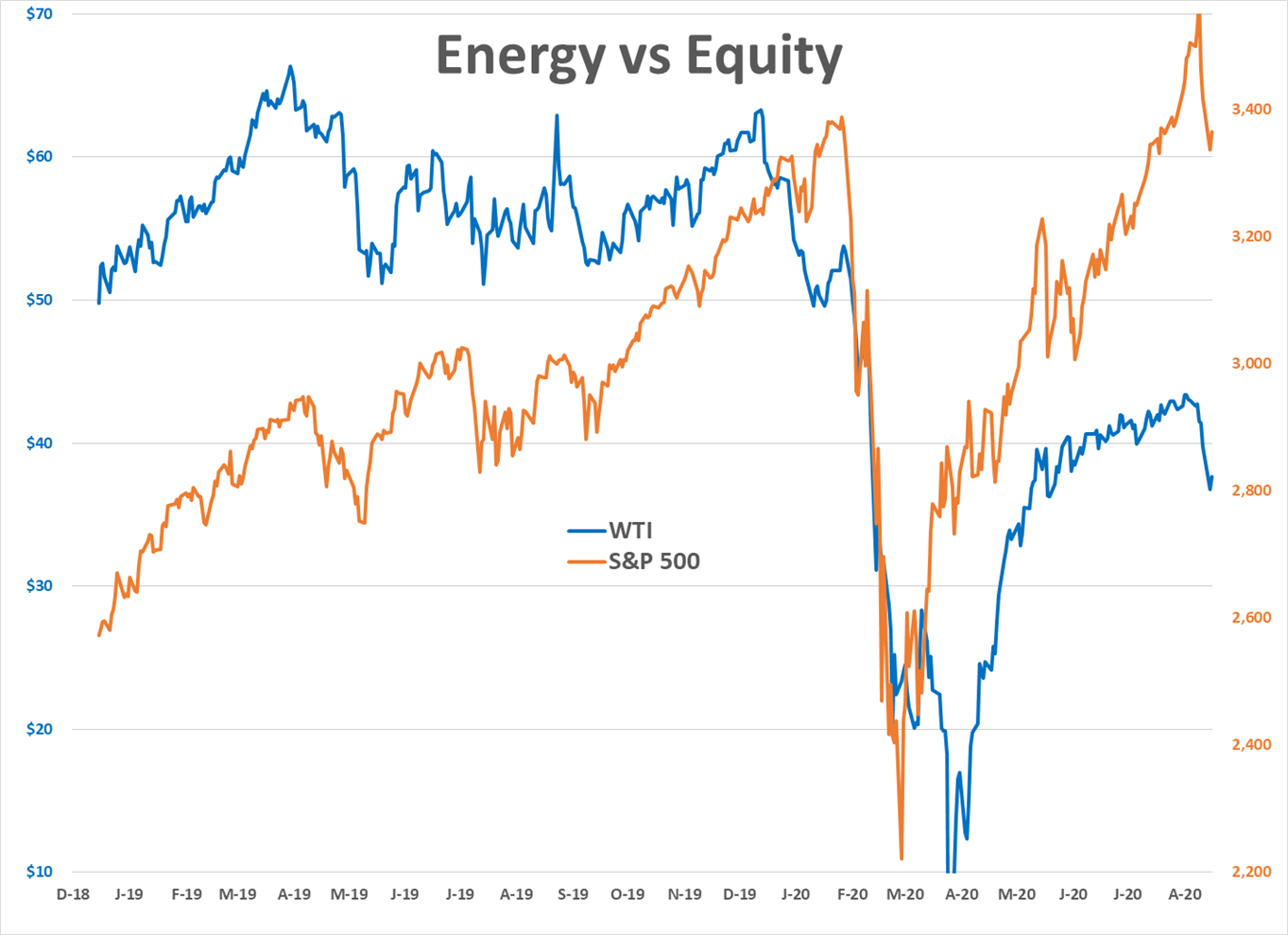 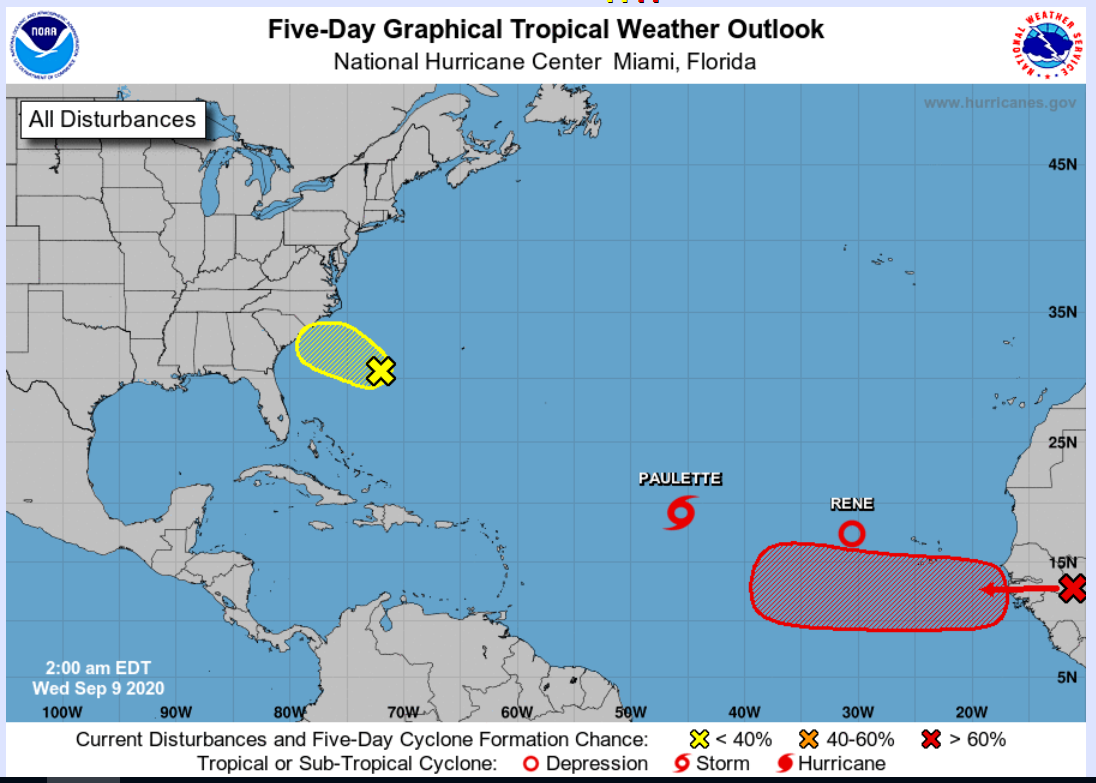