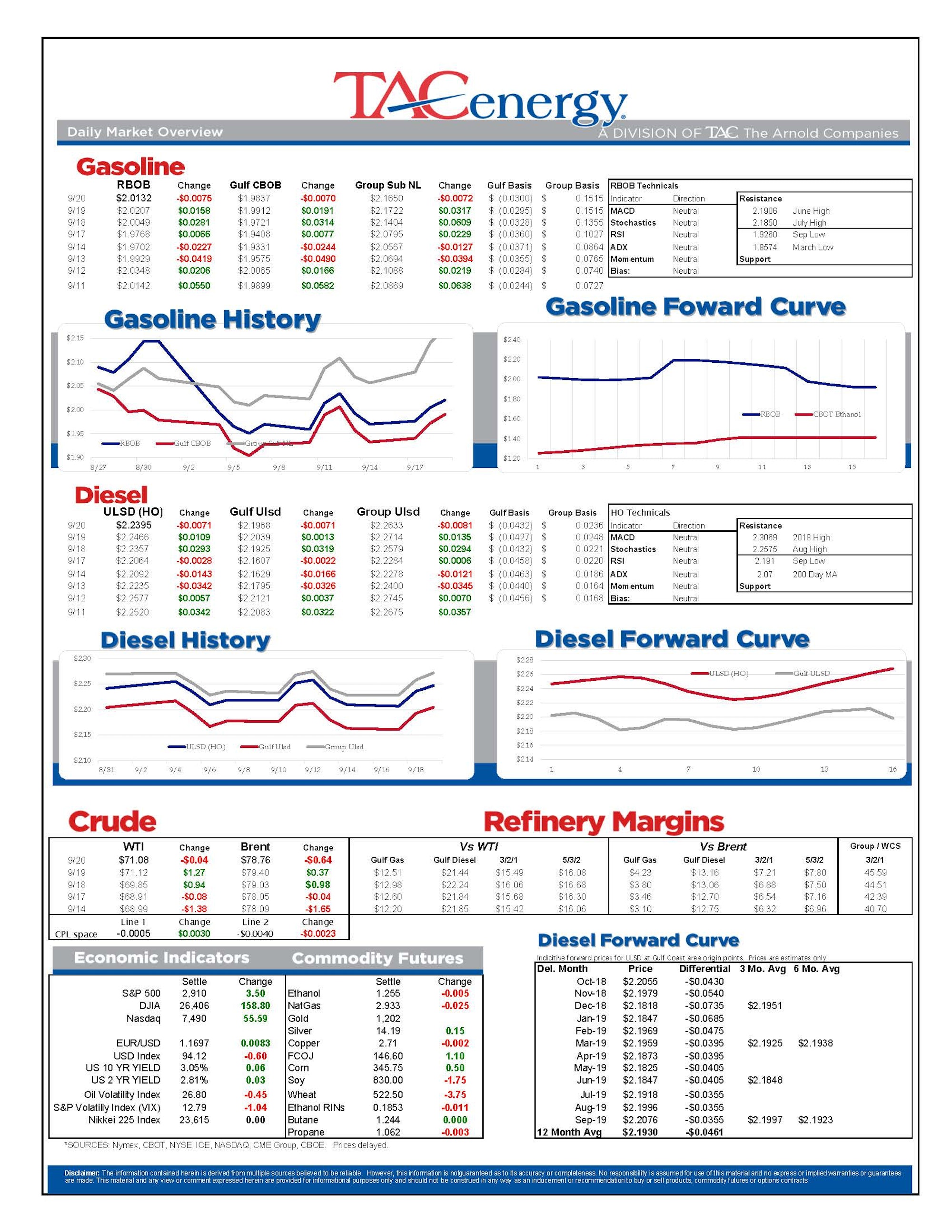 The first evidence of fall refinery maintenance season started to show up in yesterday’s EIA data release as refinery runs fell almost half a million barrels per day across the country. That draw down seems less significant when paired with the fact that throughputs are still ¾ million barrels per day higher than they were in 2016 and remain at record seasonal highs for the time being. RBOB and HO futures saw some increased buying pressure yesterday as a result and finished up 1-1.5 cents after starting the day in the red.

Even though the refineries were using less crude oil last week, we still saw a drop in national and Cushing oil stocks for the same time period due to a 30% bump in exports. This combined with a Saudi statement that the Kingdom will not help backfill supply shortages caused by fellow OPEC members Iran and Venezuela, pushed WTI futures prices almost $2 higher to settle above $71. The American oil benchmark settled at levels not seen since early July.

Tropical activity remains low so far this week with only one disturbance showing a 20% chance of cyclonic formation for the next couple days. The potential system located 800 miles off the Venezuelan coast has a low likelihood of disturbing energy infrastructure in the US.

The phenomenon affectionately(?) known as Reversal Thursday seems to have a hold of energy prices so far this morning. After a strong week of gains the complex seems to want a day’s rest: RBOB and HO are down almost half a cent while WTI is nearly flat, seemingly resolved to stay above the $70 mark.