WTI hit a fresh 18 year low overnight at $19.20/barrel, and ULSD futures briefly traded below $0.90/gallon for the first time since January of 2016. These losses seemed to be spurred on by the API inventory report which was said to show a 13 million barrel build in U.S. oil stocks, and a 5.6 million build in diesel inventories.

After spending most of March as the weak link in the petroleum chain, RBOB gasoline continues to put on its relative strength show, making modest gains for a fifth straight trading session. U.S. gasoline stocks built by a more modest 2.2 million barrels according to the API estimate. Despite doubling in value over the past three weeks, RBOB is still not managing to break overhead resistance at $0.77/gallon, leaving the contract susceptible to another wave of heavy selling.

In most years, this week would mark the beginning of the end of the spring gasoline RVP transition. Most pipelines have converted to summer-grades, and spot markets are trading exclusively on the more stringent product before terminals have their tanks turned by month end. This year however, there remains plenty of confusion as waivers and delays of varying degrees from the state and federal levels leave shippers and terminal operators unsure of their deadlines. Those with full storage tanks of winter-grade product are unsure of what they’ll do if further waivers aren’t granted. The EPA this week issued guidelines in how it is planning to streamline some of its refined and renewable fuel, including a less-complicated plan for summertime RFG VOC requirements, and separately issued a PSA on flushing toilet paper.

A marathon debate on whether or not to mandate reductions in oil output in Texas took place Tuesday, with tensions running high and conclusions running low. The very un-Texan idea of a government mandate on oil may end up being unnecessary, as the industry is already being forced to make drastic cuts due to a lack of capital in some cases, and tankage in others.

We’ll get to see how that tankage is holding up in today’s DOE weekly status report as producers race to keep pace with the largest demand drop in history. The IEA’s monthly oil market report pegs that demand drop globally at 29 million barrels/day for April (nearly 30 percent) and 9.3 million barrels/day for the year, wiping out a decade’s worth of growth in just a few months. 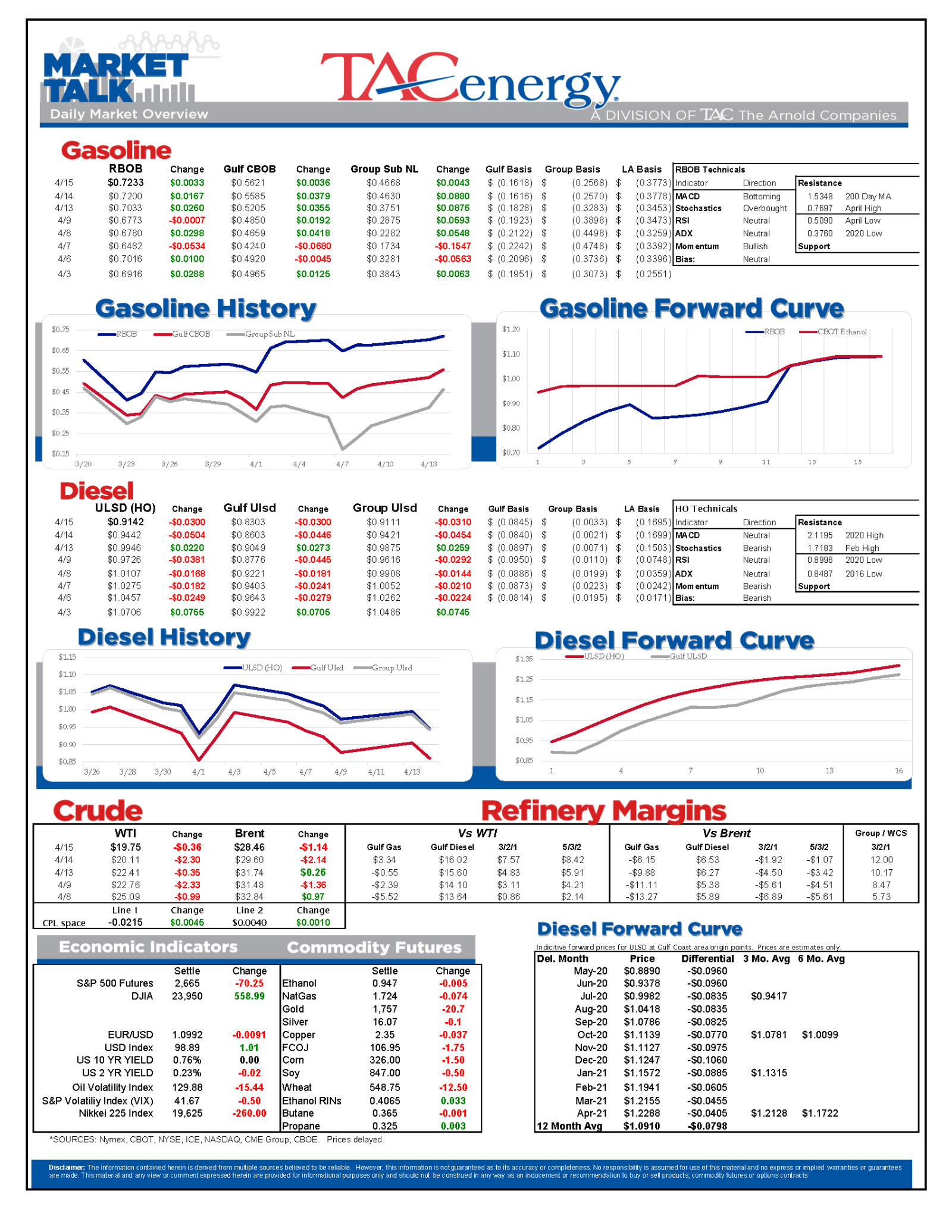 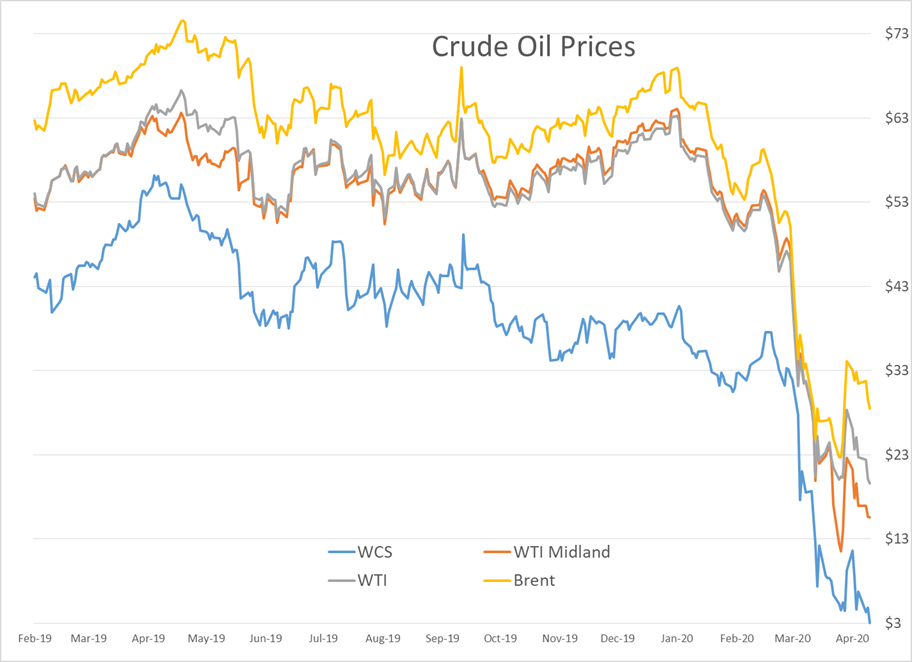 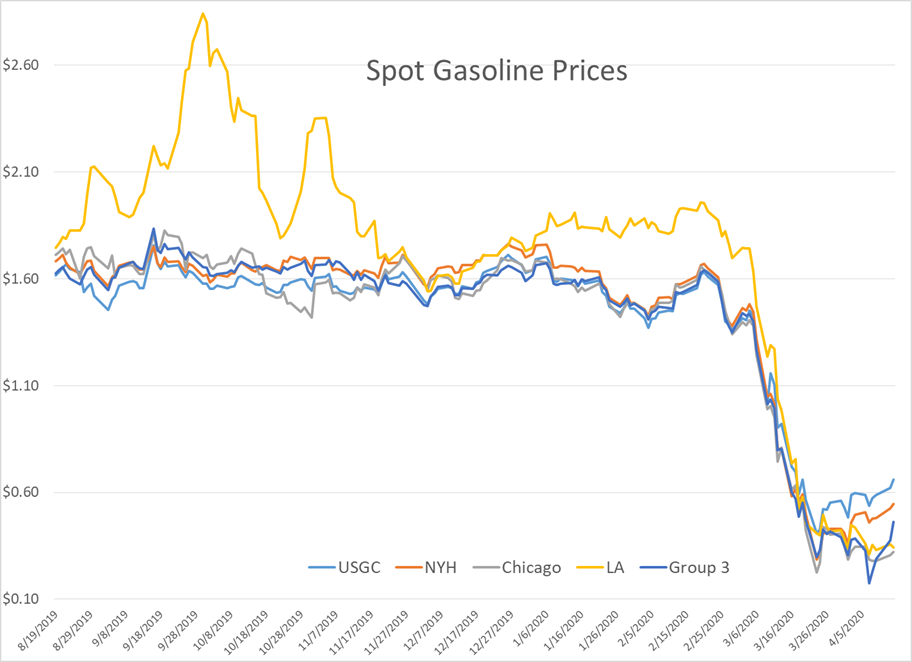