The rally is on for energy futures as both RBOB and ULSD prices have reached fresh multi-month highs overnight after breaking through technical resistance Thursday. All WTI contracts are trading north of $40/barrel this morning, and the prompt contract came within a few pennies of setting its own three month high. Stocks continue their rally, which seems to be adding to the bullish feel in energy prices, as positive trade signs from China are added to the reopening optimism.

So far for the week, gasoline prices are up more than 15 cents, and diesel prices are up more than 11. If the early gains can hold, the charts are suggesting there’s another 10 to 15 cents of upside room over the next few weeks. While the weekly charts point higher, the six day rally since last Thursday’s wipe out has left shorter term technical indicators in overbought territory, meaning we’re getting due for at least a short term pullback.

Cash markets have also seen strength with basis values for most gasoline and diesel contracts increasing this week, suggesting the rally in futures has some real fundamental strength behind it. Part of that strength seems to be supply driven as refinery crack spreads still have not recovered enough to encourage refiners to further increase production, with new reports suggesting plants are choosing to delay unit restarts longer than initially expected.

Ethanol values have been rallying along with gasoline, with some spot market prices now trading higher than they were prior to the pandemic. RIN values have sold off sharply this week however after the EPA reported that RIN generation was up nearly 20 percent in May, and reports that the EPA was still considering some retroactive refinery waivers from the RFS. 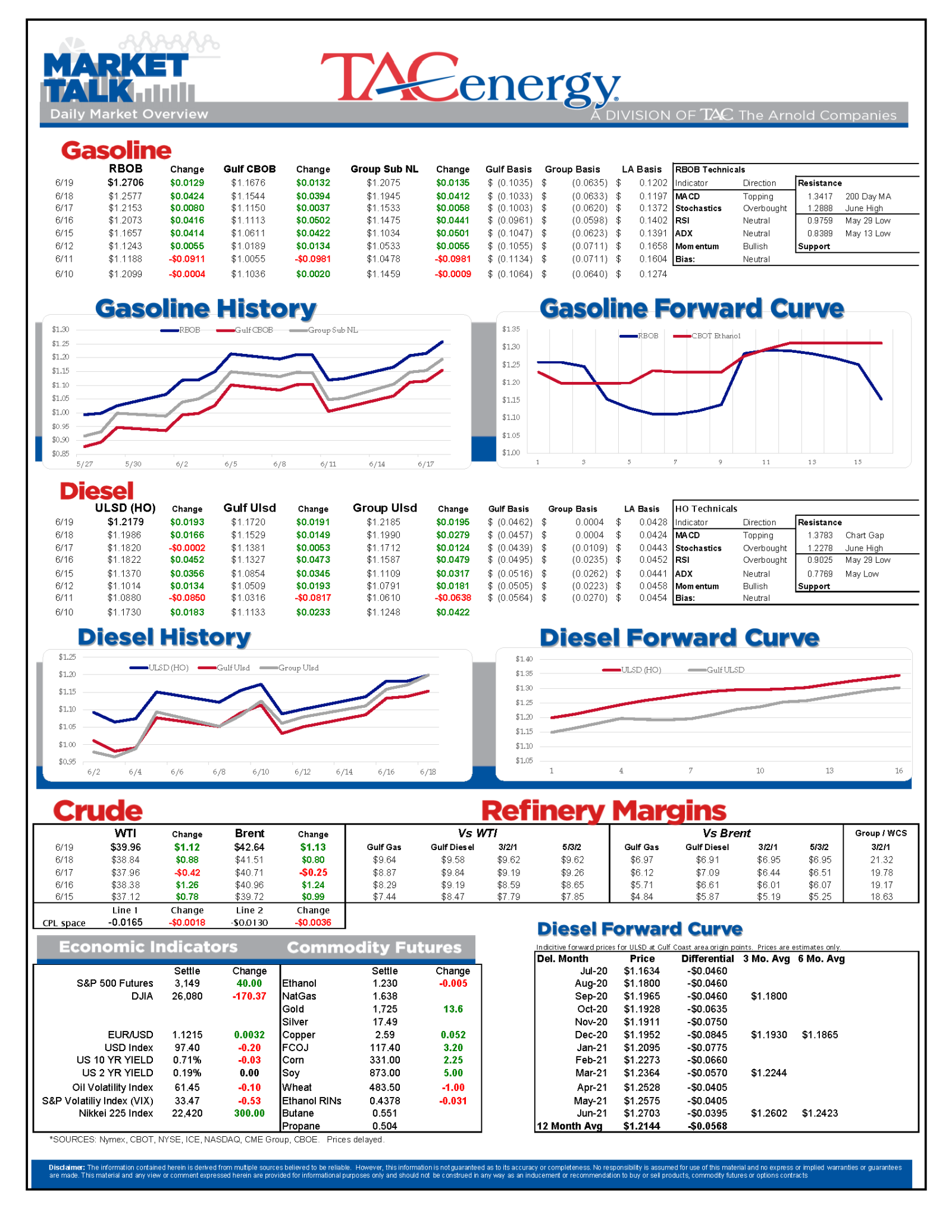 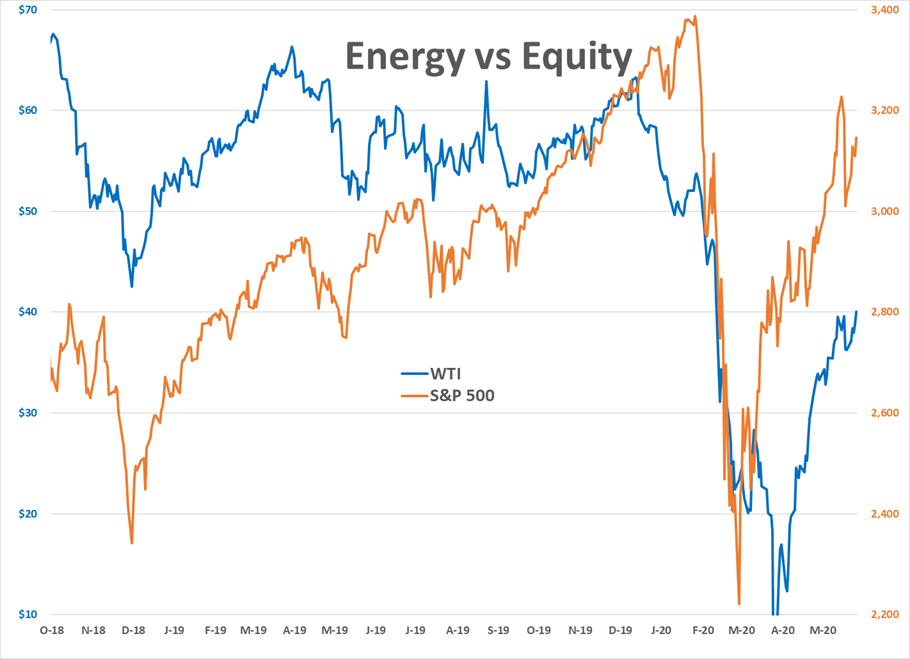