Futures Pulling Back From Fresh Highs

Futures are pulling back from the fresh 2019 highs set during yesterday’s trading session on some bearish inventory data from the American Petroleum Institute. While crude oil stocks are estimated to have the largest draw down of the three main benchmarks (-6.8 million barrels), it is actually the RBOB futures contract that is leading the complex lower this morning, despite its relatively muted 2 million barrel draw in national gasoline stores.

The May RBOB contract is showing a 3 cent loss so far this morning, leaving May HO and June WTI lagging behind with losses of about a penny and 14 cents per barrel respectively. A confirmation of the API’s report by the EIA could spur prices lower; the report is scheduled to be released at 9:30 AM CDT today.

The disparity between energy and equities continued to widen yesterday as equities hit an all-time high. Dovish sentiment emanating from central banks and a positive outlook on US-China trade talks seems to be bullish enough to push past fears that this historic rally might be reaching the end of its cycle.

A 7-month-long pattern completed on the RBOB futures chart earlier this week, leaving general technical price direction open for the near term. Coming off of a very exuberant spring rally in gasoline prices, the market adage “sell in May and go away” might prove to be prudent advice rather than finance blather as a stronger case for lower prices seems to be emerging. 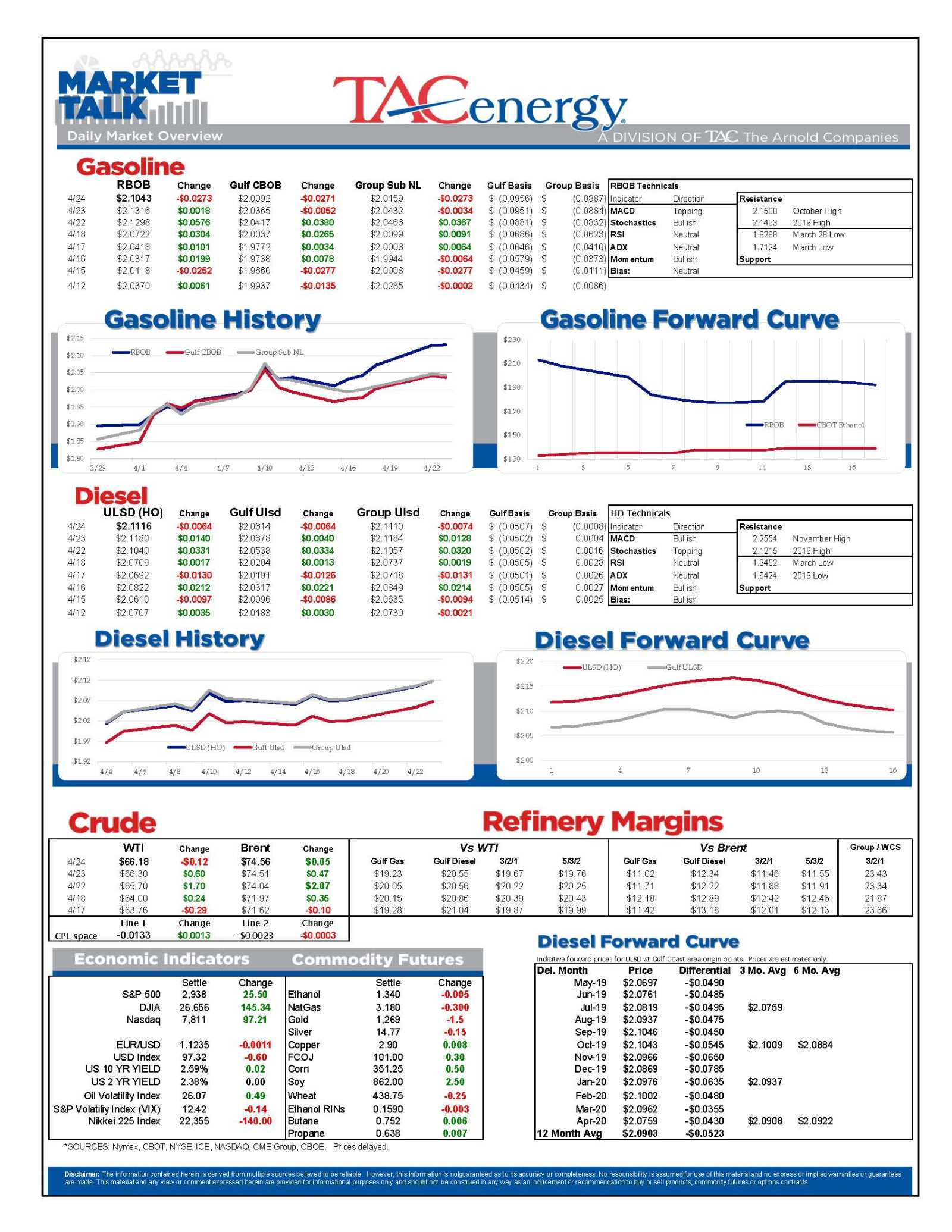 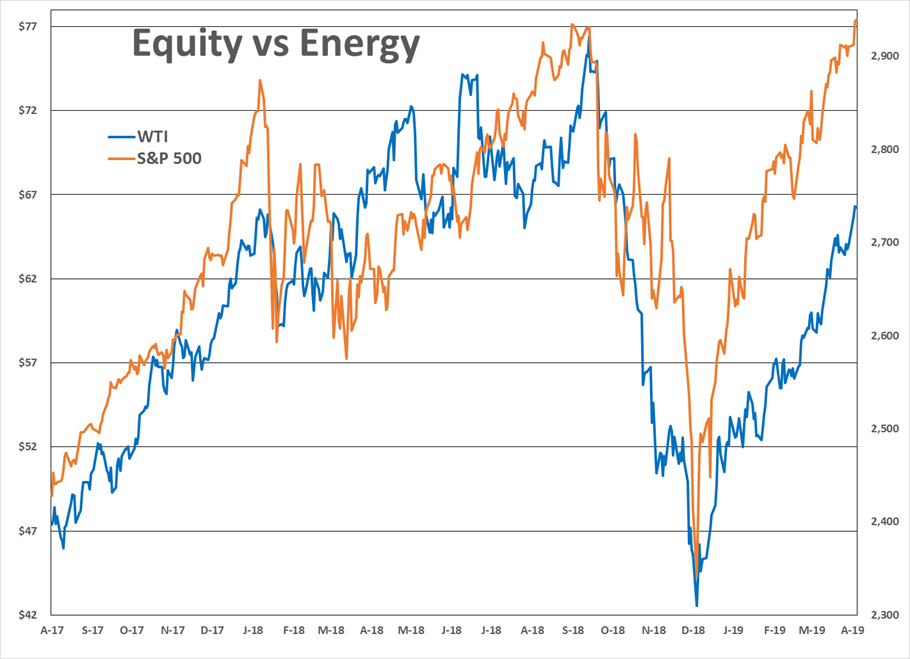