Gasoline And Diesel Prices Higher Than Before Lockdown

Gasoline and diesel prices are now higher than they were before the world went into lockdown last year as the bull market for energy futures marches on. The bulls seem to have clear control as prices tick higher for a fourth straight day, but need to clear the February 2020 high trades (just two cents above the highs set last night) if the momentum is going to continue.

Near term fundamentals continue to look weak, but it seems that the market is shrugging off those figures, and focusing instead on the potential for increased demand down the road as vaccinations start to spread more than COVID, and a new stimulus package is expected to keep freshly printed dollars moving into the economy.

Crude inventories did decline according to the DOE’s weekly reports, but by much less than the API estimate for the week, as imports ticked back up, and refinery runs slowed in 4 of the 5 PADDs. Demand estimates were down across the board, which drove large builds in gasoline and jet fuel stocks, while distillates held steady on the week thanks in large part to a tick up in export volumes.

Ethanol stocks continue to build as producers seem to be taking advantage of the run up in flat prices, and in RIN values, over the past two months. RIN Values did drop for a third straight day Wednesday, but that seemed to be ignored by the RBOB futures market once again.

In refinery news, a private equity group in Dallas is bidding to buy the shuttered Come-By-Chance refinery in Newfoundland, with plants to convert it to renewable diesel production since that’s what all the cool refineries are doing these days. There were reports that three different FCC upsets happened over the past few days, one on the East Coast and two on the Gulf Coast, which may help explain part of the relative strength in RBOB prices and time spreads this week, but all of those issues appear to be getting fixed and should not have long term impacts on supply.

The EIA’s annual energy outlook was released yesterday, which projected estimates that U.S. oil production and consumption will take years to recover from the pandemic. The report also highlights the uneven impacts of the COVID lockdowns, and how the return to normalcy may look very different among sectors of the economy. 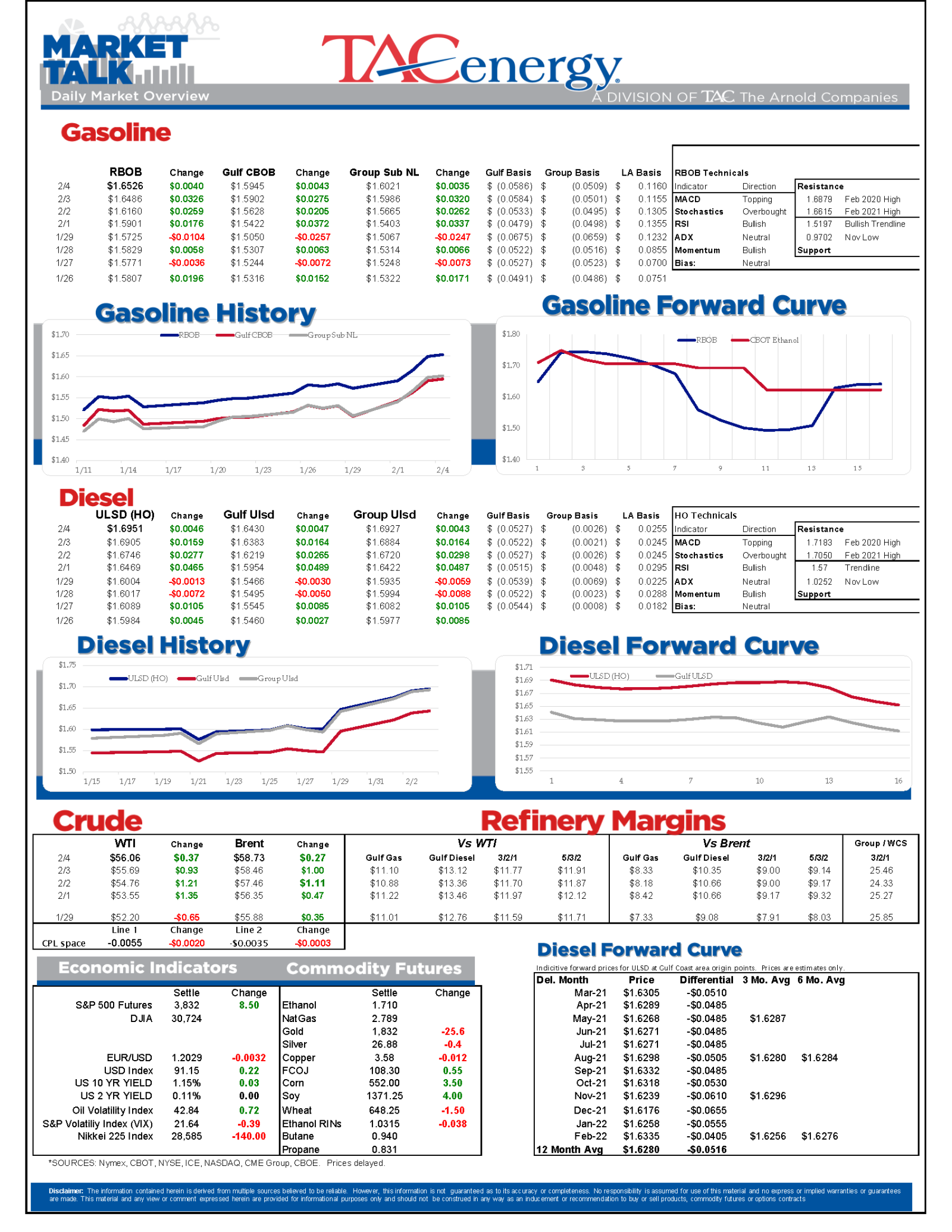 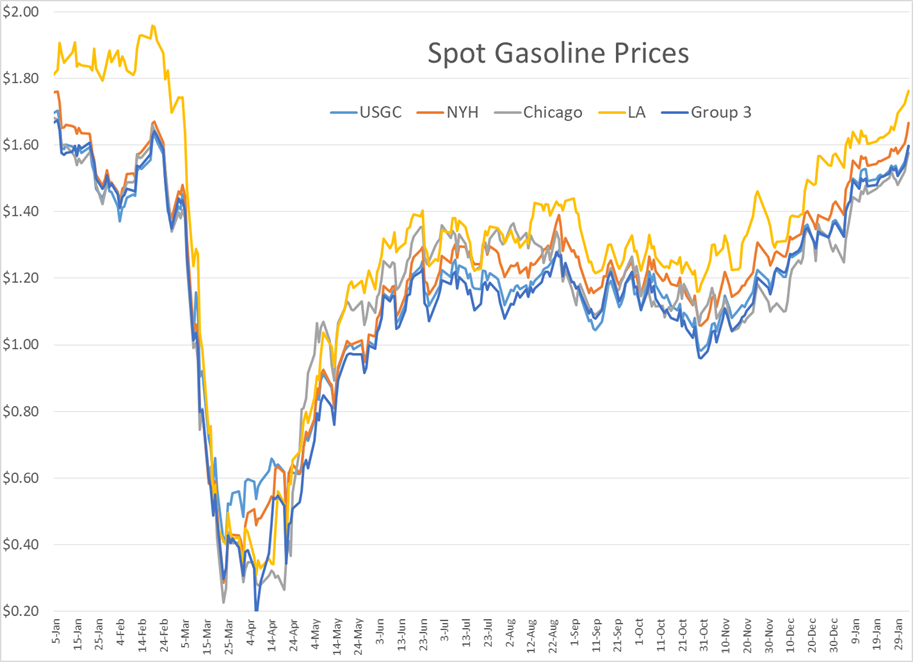