RBOB gasoline futures reached fresh 7 year highs in Tuesday’s session, but were unable to drag oil and diesel prices along for the ride. All petroleum contracts are ticking modestly higher to start Wednesday’s session, and even the laggards are just 1 strong day away from reaching multi-year highs of their own, as the market continues to shrug off concerns of rising COVID cases, and shutdowns. Read this Reuters article to see an argument why gasoline demand (and perhaps prices) have reached a plateau.

San Francisco continues to steal the spotlight with spiking basis values as refinery shutdowns, various logistical hurdles caused by wildfires, pipeline slowdowns and now an emergency request from airlines to have the FERC force more jet fuel shipments all combine to send prices soaring 20-30 cents above futures, and 10-20 cents around neighboring markets.

Inventory draws across the board reported by the API seem to have helped encourage buyers through the overnight session, although the moves are relatively small. The weekly industry estimate showed gasoline stocks dropped by 6.2 million barrels, crude stocks were down 4.7 million barrels and distillates decreased by 1.9 million. The government’s version of the weekly inventory report is due out at its normal time. Keep an eye on import levels, particularly for gasoline, as it seems the US has become the target for the fuel the rest of the world can’t use.

Speaking of which, RIN values are ticking steadily higher over the past few days, despite corn & soybean prices. Those refined product imports – which create an RFS obligation – are one reason that may be helping those credits find a bid. Ethanol producers meanwhile are feeling the heat of accusations that their fuel is bad for the climate, and sent a letter to the President Tuesday committing to join the rest of the world in pretending it can reach net zero emissions by 2050.

Some good news for renewable energy: The EIA reported that renewables surpassed both coal and nuclear to become the 2nd largest power generation source in 2020. 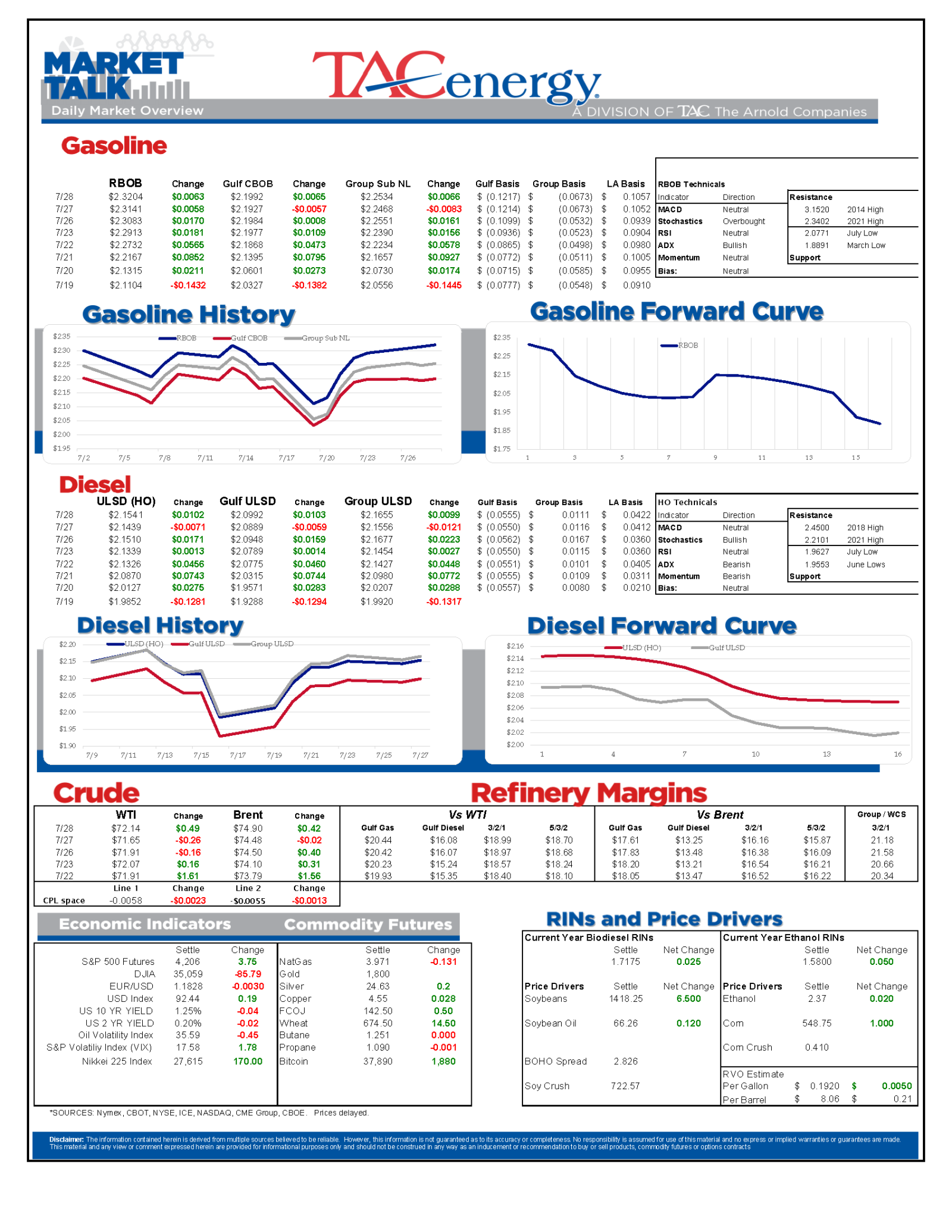 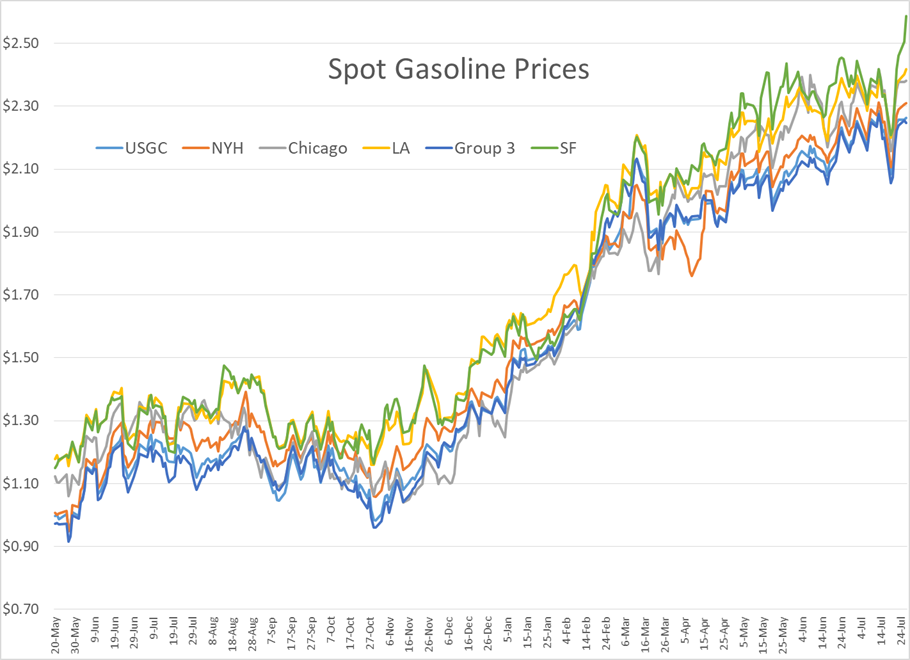 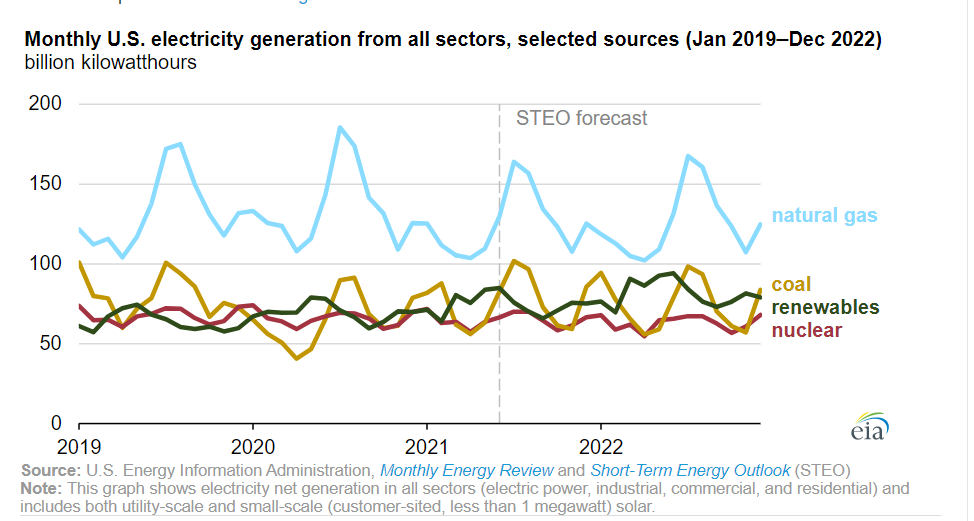