Gasoline futures have dropped more than 20 cents since reaching a record high Monday morning. While a 20 cent swing used to be a big deal, these days it’s less than a 5% move, and barely raises an eyebrow unless it happens in a couple of minutes rather than a couple of days.

There are signs across the country this past week that demand may be tapering off – some of which is no doubt caused by high prices -  but it’s too soon to know whether this is just a normal holiday hangover for demand, or if staycations here to stay.

Despite the sharp pullback this week, gasoline prices remain comfortably above their bullish trend lines for the time being, and we won’t get too excited about a potential end of the rally until we see that support – some 30 cents below current values – finally break down.

ULSD meanwhile filled the chart gap at $4.40 that was left behind by the May contract’s record smashing backwardation, which could actually spark some short term profit taking now that that target has been fulfilled. There’s still a chance that we are about 2/3 of the way into a major head and shoulder reversal pattern that could eventually see diesel prices drop by $1/gallon or more this fall, but for now ULSD charts are also comfortably pointing higher even though they’re in the red this morning, leaving the door open for a run at the March high of $4.67.

Perfect timing:While the US may never build a new petroleum refinery again, Kuwait and Saudi Arabia are ramping up operations at two new large facilities just in time to earn record setting margins as the world struggles with a shortage of capacity.

A major factor in the global supply/demand (im)balance over the coming weeks will be how Chinese demand bounces back with 50 million people let out of lockdown, and perhaps more directly how Chinese refiners can respond after many had to drastically cut runs due to the plunge in demand. Just-released export quotas remain well below 2021 levels, but are increased somewhat which should help alleviate current inventory overhangs, and encourage those plants to start ramping up operations again once they clear the tanks. 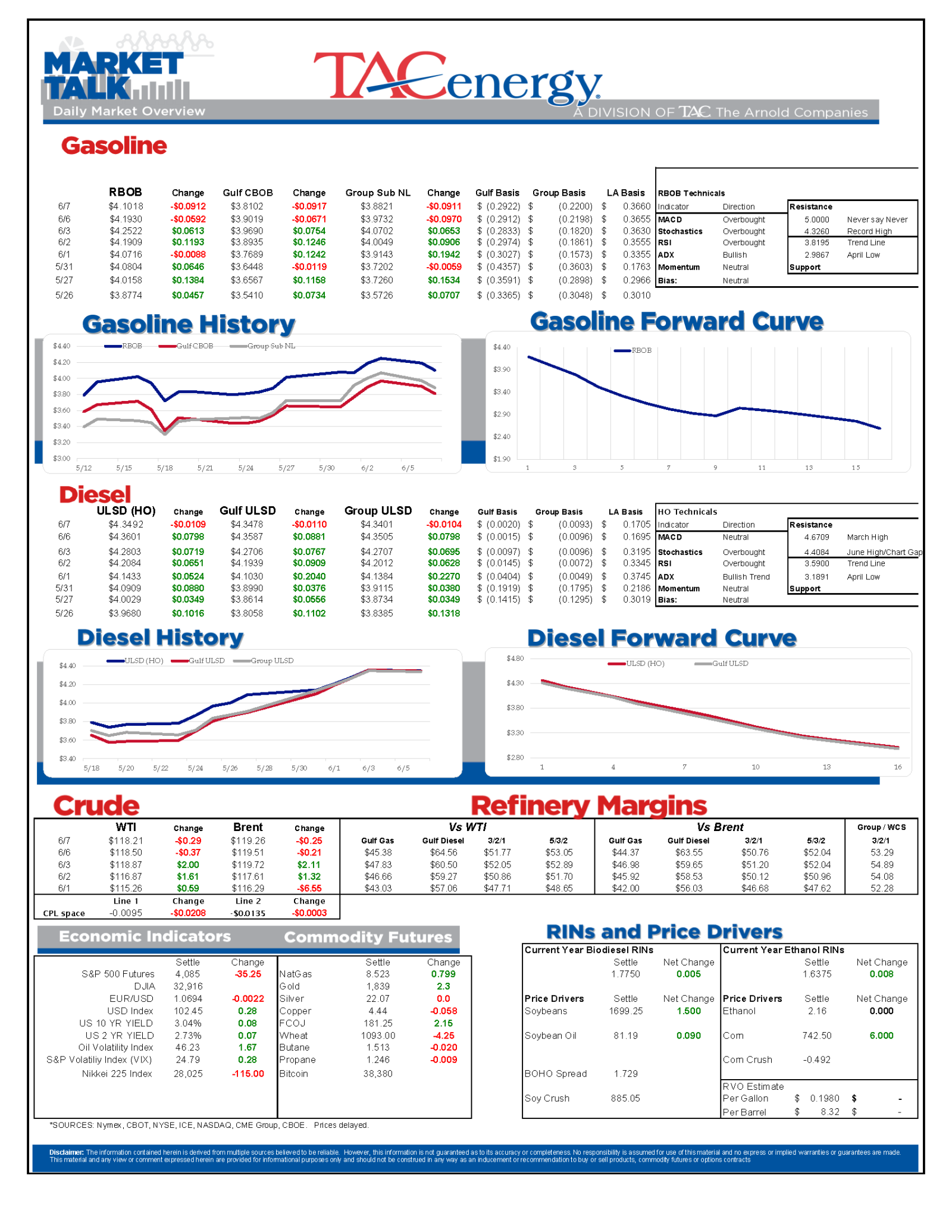 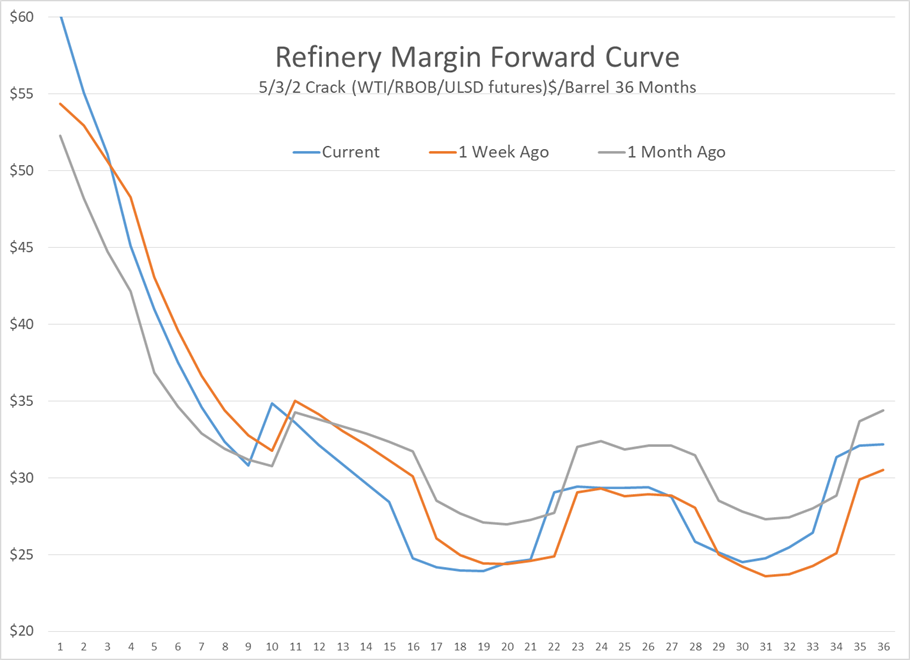