Gasoline Prices Are Trying To Find A Floor, Rising For A 2nd Straight Day After Hitting A 6 Month Low Last Week

Gasoline prices are trying to find a floor, rising for a 2nd straight day after hitting a 6 month low last week, while distillates continue to fall, hitting their lowest levels since March this morning.

ULSD futures took out the April low just under $3.19 overnight and promptly dropped another nickel, before bouncing back to that level later in the morning. That layer of support looks to be about the only thing on the charts standing in the way of a drop to $3 for ULSD, and it’s worth noting that most futures and cash contracts for 2023 are already trading below that level. If you’ve been waiting to lock in diesel prices to meet or beat your budget for the next 12-18 months, this is looking like a good time. Be assured that prices could absolutely go lower from here (in 2008 they dropped from $4.15 to $1.19) but at some point, the market is going to remember that the world is still short on distillate supplies, and the long term trend in place for the past 2 years is still pointing higher.

Some money managers are probably looking for a do-over after making large increases in long positions in RBOB and ULSD contracts last week, just in time for the big price drop. Funds did reduce their long positions in WTI, Brent and Gasoil contracts however, so they weren’t all wrong. The combination of extreme volatility and concerns over the looming economic slowdown seem to be keeping the big money bettors on the sidelines.  The net length held by large speculators in WTI is at its lowest since April of 2020 (also known as the time when WTI went negative) while open interest in RBOB dropped to its lowest level since 2015, and open interest in Brent dropped to its lowest since 2016 last week.

Baker Hughes reported a net decrease of 7 oil rigs active in the US last week, while natural gas rigs increased by 4. New Mexico led the drop in oil drilling activity, with 6 fewer rigs active. It’s hard to say if last week’s count will become a pattern as natural gas has become the commodity of choice globally, or just a small dip on the chart as rig counts approach pre-pandemic levels.

After a 2 month lull, the tropics are starting to heat up as we approach the interesting part of Hurricane season. The NHC is giving 40% odds of development for a system moving across the open Atlantic.  It’s too soon to say where this storm (which will be named Danielle if it develops) is headed, but a path into the Gulf of Mexico is possible at this point so we’ll need to keep an eye on it for a while. 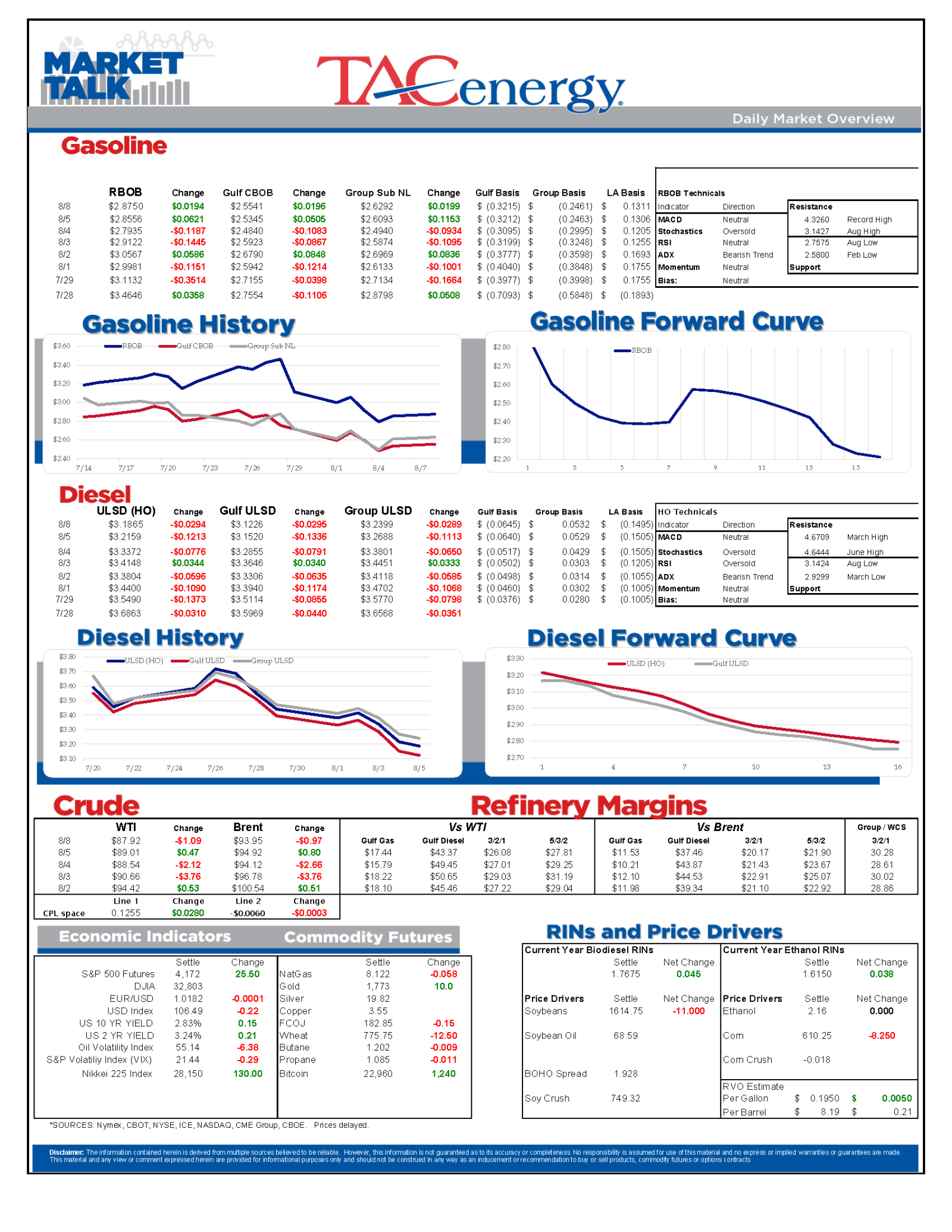 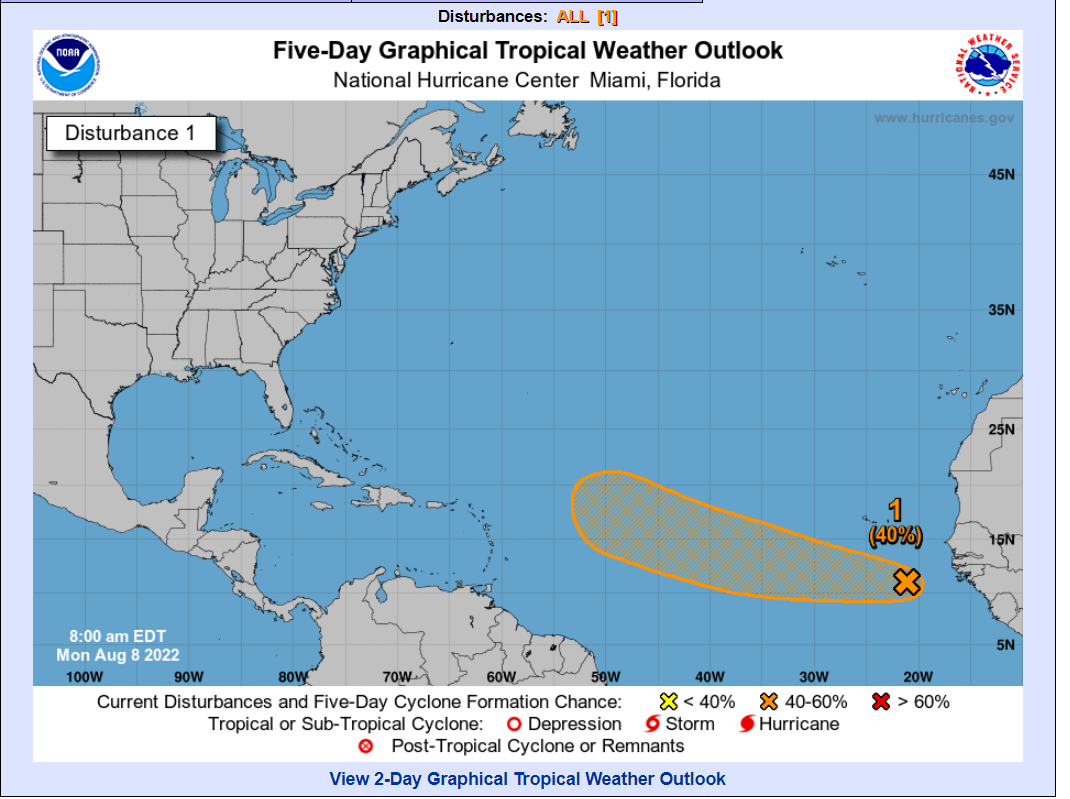