Gasoline prices are taking a tumble after several states announced new business closures, threatening the recovery in U.S. fuel demand. News of those rollbacks in reopening wiped out solid gains in U.S. equity markets Monday afternoon, which sparked a post-settlement sell-off in energy futures that carried through the overnight session.

So far crude oil and ULSD prices are lagging the declines in gasoline, each down around one percent compared to three percent, based on apparent expectations that gasoline demand moves much faster than distillates.

Now that gasoline prices look like they’ve peaked near term, the first test on the charts looks to be last week’s low around $1.22. If that support holds this bit of selling may mean nothing as we extend the sideways summer trading pattern. If it breaks, however, it looks like we’re set for 10 cent losses in short order, with a potential test of the $1 mark as fall approaches.

OPEC’s monthly oil market report had some positive notes for oil producers as the cartel’s output dropped 1.9 million barrels/day in June, and expectations for global demand ticked modestly higher. The bad news for refiners is that while oil prices are rising, refined product demand appears to be stalling out in many regions, putting more pressure on crack spreads that are already struggling to stay above break-even levels.

The EIA this morning took a closer look at the rapid drop in oil and natural gas production in April, events last seen in the wake of major hurricanes. 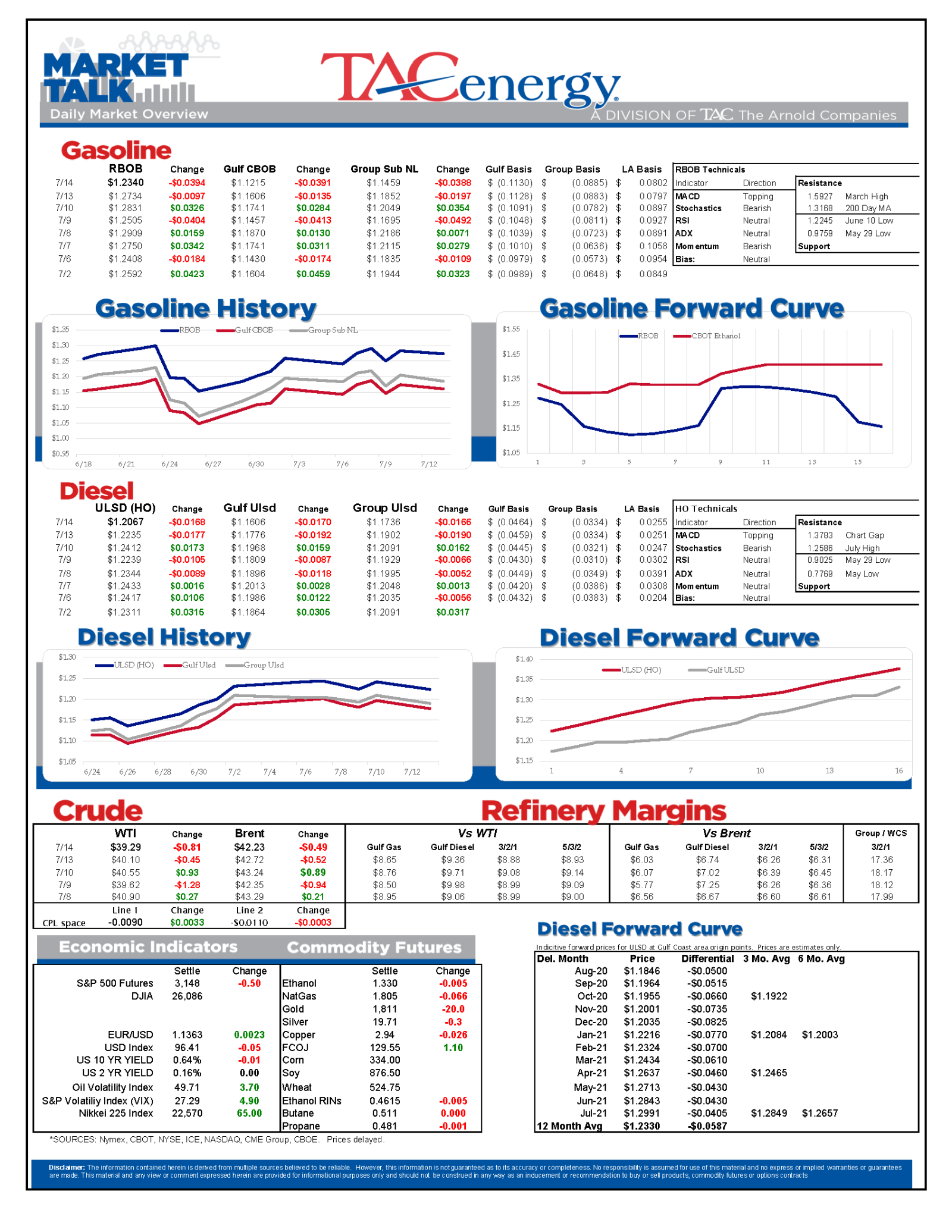 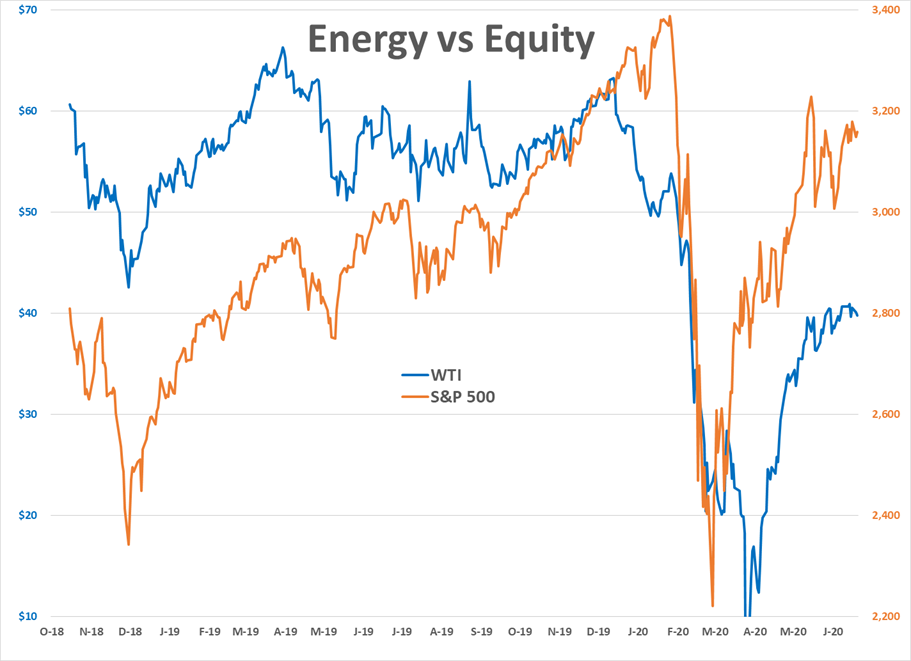