Gasoline prices tried to drag the petroleum complex higher Monday and Diesel prices are trying to drag them lower today. ULSD futures were down 14 cents at their low point this morning, pulling RBOB down a nickel – wiping out its gains from yesterday - and WTI briefly back below the $100 mark. Expect more of this back and forth action as long as prices remain stuck consolidating within the range set the past two weeks.

Force Majeure has become a theme this week around the world.  Keystone pipeline declared Force Majeure after a nearby power substation was vandalized and forced the line to reduce operating rates. The relative lack of reaction in US crude markets suggests that this event is expected to be short-lived.

The last functioning refinery in South Africa meanwhile was forced to declare Force Majeure due to delays in crude oil deliveries, sparking fears in a country that’s already heavily reliant on imports of fuel which are much harder to come by this year.

Last, and certainly not least, much of Europe is nervously awaiting news on whether or not Russia will reopen the Nordstream natural gas pipeline in time to restock for the winter after Force Majeure was declared. Interestingly enough, Canada is playing a central role in the Nordstream drama as it exempted sanctions on Russia to allow repairs to a turbine that may allow the pipeline to come back online, and take away one of Russia’s excuses for turning off the gas.

Currency swings are also having a heavy influence in the price action for energy and other commodities recently, with the inverse correlation between the US Dollar and WTI prices strengthening in recent weeks after going dormant for a while. Expect that trend to continue at least through next week’s FOMC announcement, which is all but assured to see at least a 75 point rate increase. With the FED doing its best to telegraph its moves to try and avoid shocking the market into a recession as it shuts down the money printing presses, questions over the European Central Bank’s plans seem to be creating some volatility this week and getting some of the credit for the choppy action in commodity markets.

After disappointing results in trying to get more petroleum production from OPEC and US refiners, and a failure in the Senate to move forward on climate initiatives, the White House is reportedly considering declaring a climate emergency this week in an effort to thread the needle between lowering energy prices, and lowering energy emissions to appease voters ahead of the election. That said, the recent Supreme Court decision restricting the EPA’s authority on such issues may make any declarations largely meaningless. 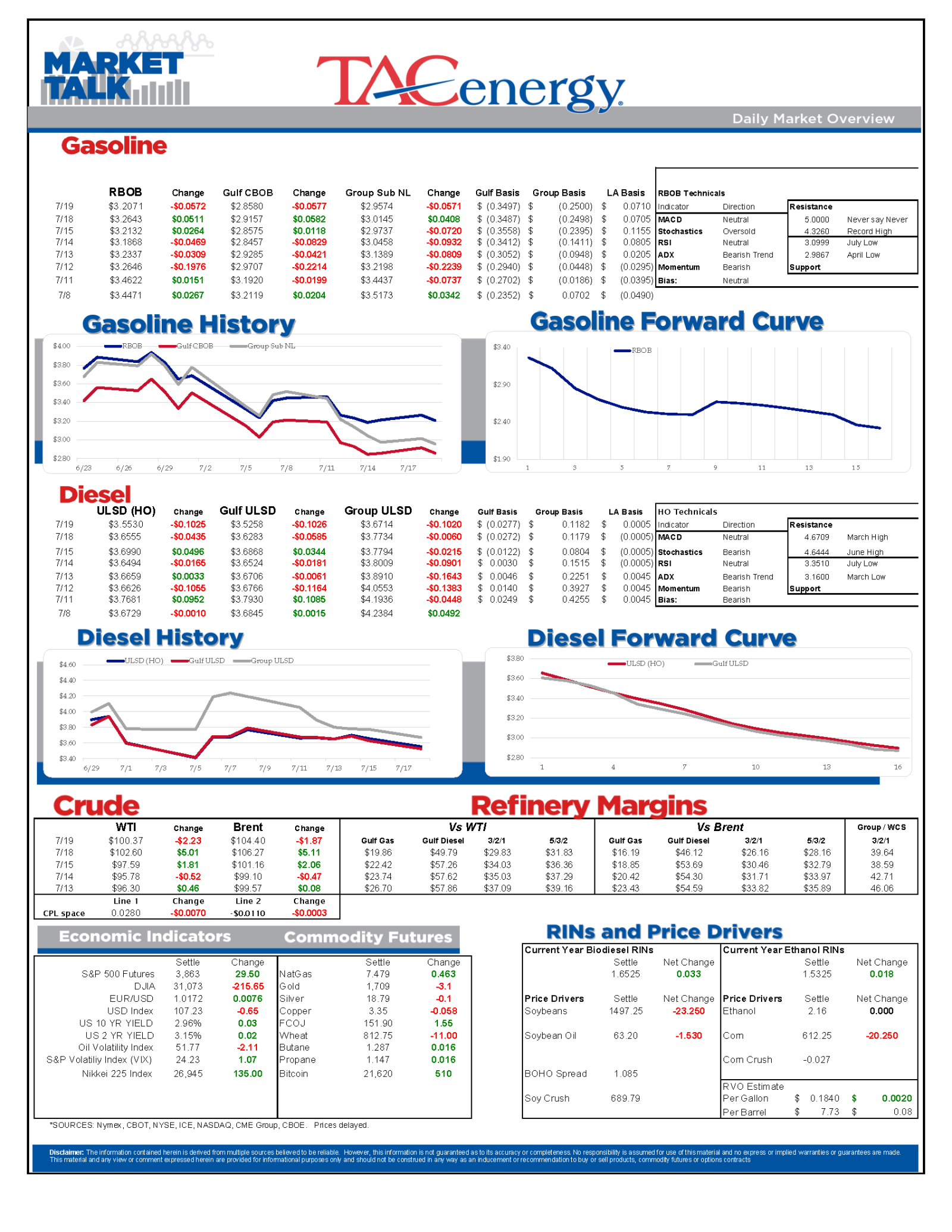 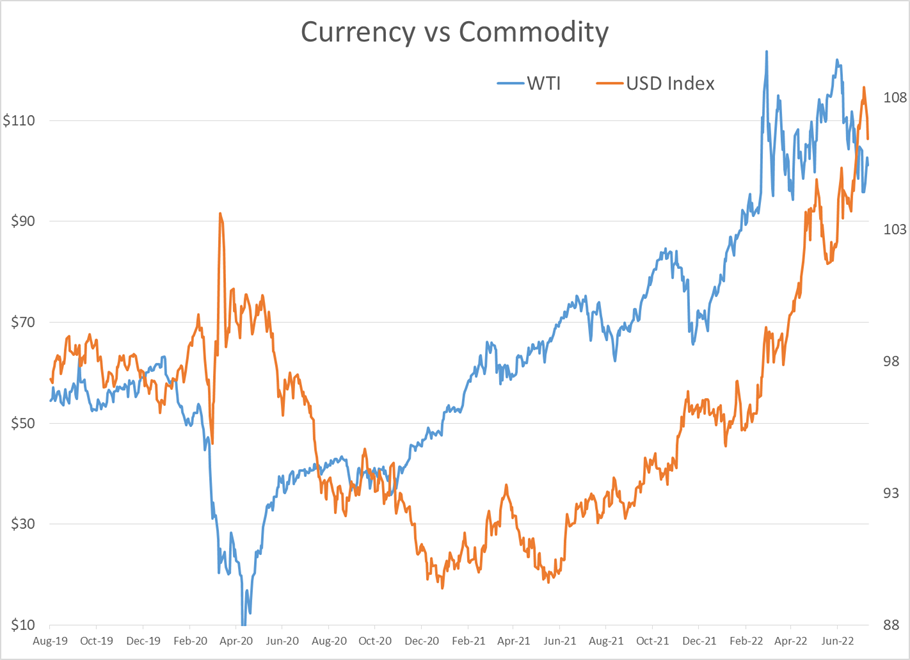 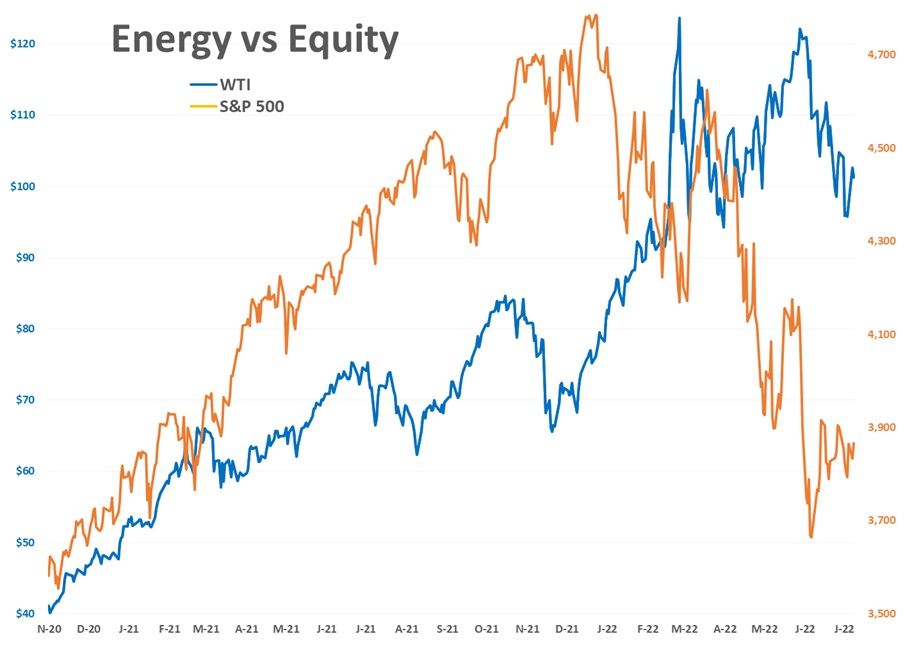