A surprise across-the-board build in crude oil and refined products inventories incited some heavy selling in energy futures yesterday. Both gasoline and diesel prompt month contracts dropped about 7 cents while America and European crude oil benchmarks dropped over $2 per barrel. Crude stocks broke its 7-week trend of decreasing inventories, but inventory levels in Cushing, the delivery point of the NYMEX futures contract, continued its decline for the 5th week in a row.

And then it was gone: the last 4 weeks of refinery production decreases, spurred by the closing of Pennsylvania’s largest refinery, have been made up and then some as throughput rates jump to seasonal highs. While PADD 1 rates remain low, around 10% lower than they were in May, throughput in every other PADD jumped to highs not seen at this time of year.

While published fundamental data typically sets the tone for energy trading during the week, it seems this week’s early selling on recession fears marked pace and the DOE report fanned the flame. Multiple central banks cutting rates, a US treasury yield curve teetering on inversion, and gold prices hitting a 6-year high have the markets nervous a recession is on its way, sooner rather than later.

Prices are bouncing this morning, taking a breather from the almost overwhelming amount of selling pressure seen in the last week: both RBOB and HO futures have lost over 20 cents in their last 5 trading sessions. While some attribute the upward action seen today to Chinese currency strength or expectations of an oil supply cut, one can’t help but think this is only a temporary reprieve before seeing further selling. 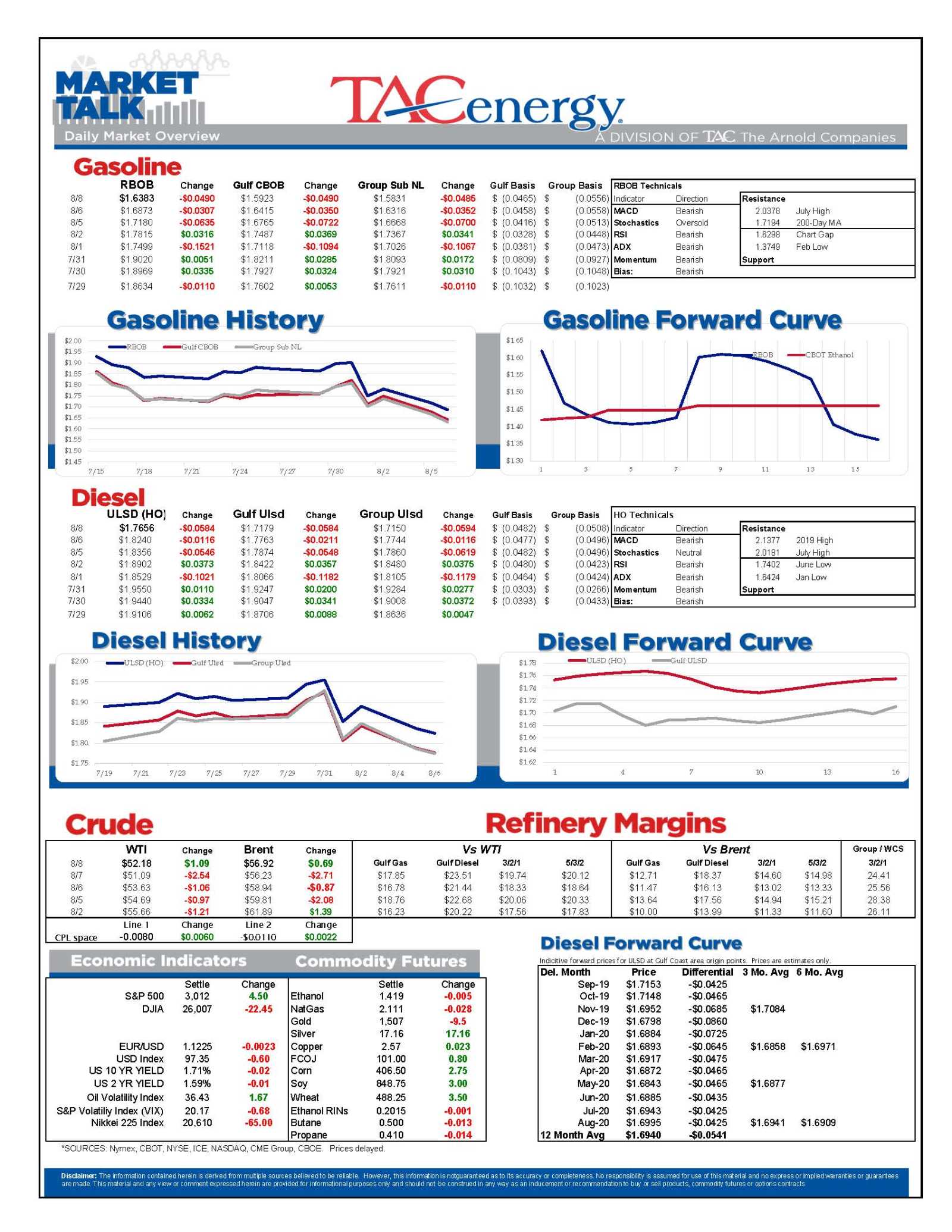 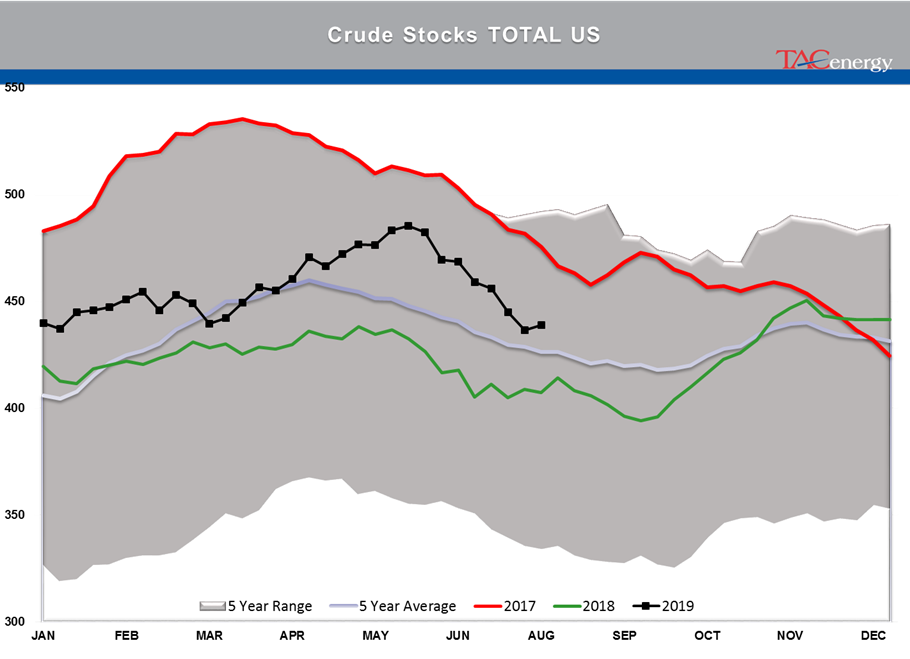 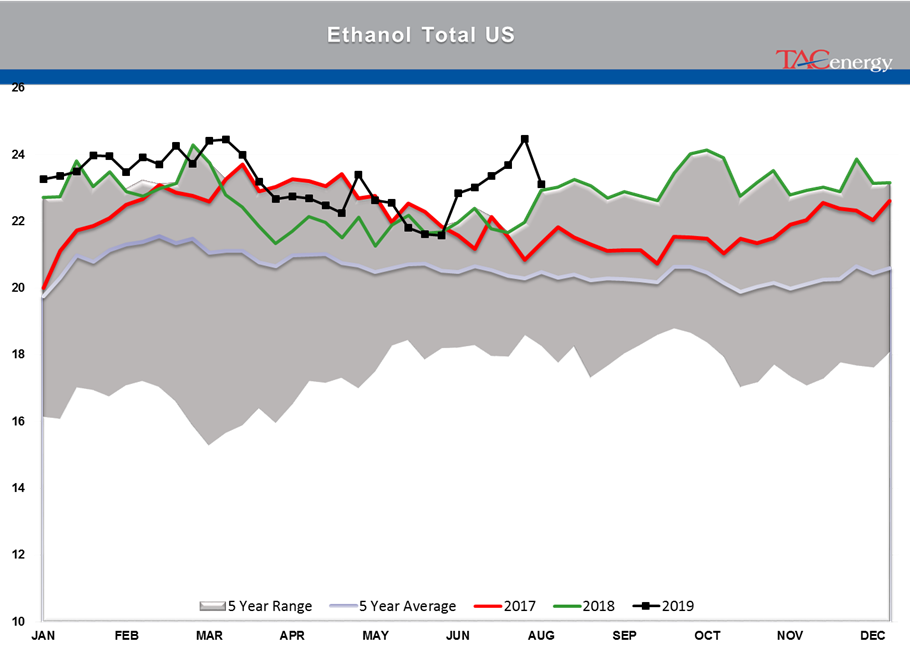