After some modest overnight selling in both equity and energy futures, we’re seeing prices recover following reports that the US & China are planning to delay new tariffs ahead of the December 15 deadline.

The FED’s FOMC meeting kicks off today, and their policy decision will be announced tomorrow. While no interest rate changes are expected, based on where FED fund futures are trading, the FED Chair’s press conference following the announcement will be closely watched for signals of plans in 2020.

What might this mean for energy prices? Perhaps not much as the charts below show correlations between energy futures and their equity and currency counterparts have broken down for much of the past several months, although at times (like this morning) we still see stocks and commodities moving in lockstep.

We’re approaching the winter doldrums for energy demand, with just 2 weeks left of the pre-Christmas rush, that’s typically followed by the weakest few weeks of demand for the year. So far refinery margins are holding up much better than a year ago (see the crack charts below) and the forward curve suggests margins will hold in better-than-average territory. Those improvements in crack spreads may continue to put downward pressure on basis values – particularly in markets not directly impacted by the IMO spec changes – as plants look to be incentivized to run full rates even during the upcoming soft-demand season.

The EIA published a note on the carbon allowance cooperative of 10 North East US states this morning. So far this effort at containing carbon emissions isn’t having a direct impact on refined products, but is likely to become a bigger issue in the coming years as more states seek ways to appear as though they’re doing something about climate change. 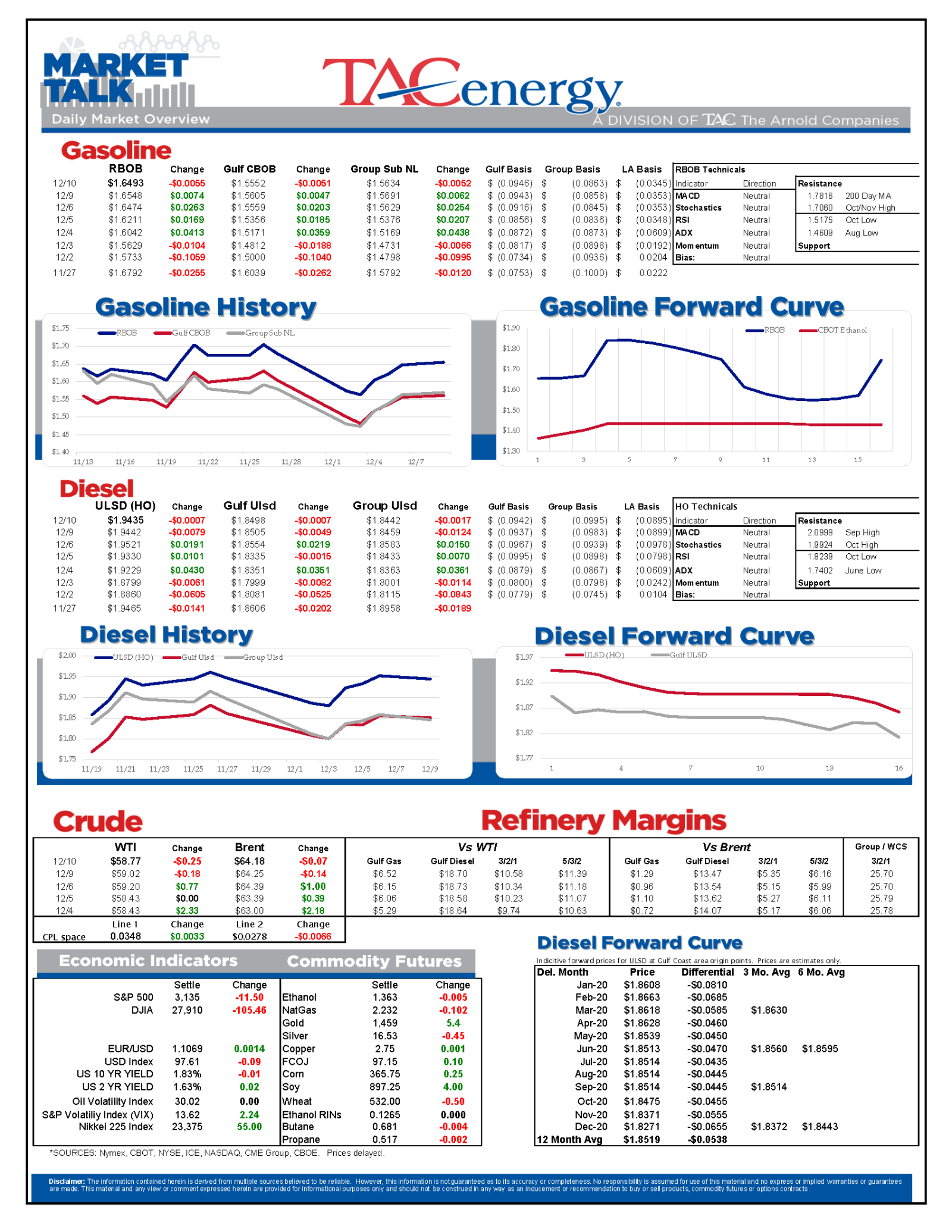